The best week of the year, the annual-ish visit to the tropics.  Goodbye Michigan winter grays and browns, hello green.  It took the pilot a bit of persistence to land us in Quito; fog aborted 2 landing attempts and ended up with us re-routed to Guayaquil for a 90 minute rest on the tarmac before we were allowed to return and land in (marginally) improved visibility.

Dawn came early the next morning and I struggled to get up on 4 hours of sleep, but the chittering of Blue-and-white Swallows beckoned and I walked out along the boulevard to see what I could see.  The road ran immediately beside a deep canyon so there was a narrow strip of habitat that I took advantage of.  Sparkling Violet-ears were chip-chupping from atop favored perches between sallies to chase away rivals.  Rufous-collared Sparrows were common.  I did manage my best photo yet of Golden-bellied Grosbeak teed up on an aloe. 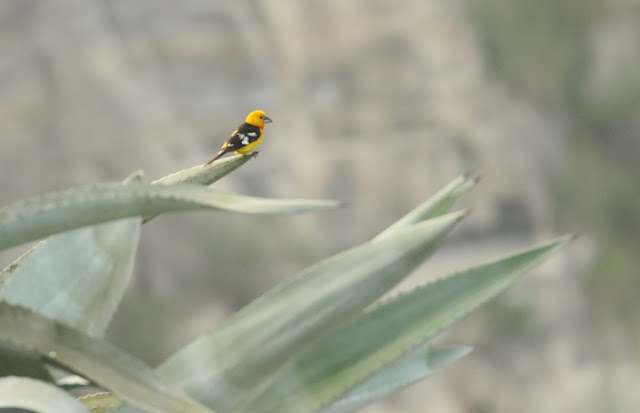 Agaves (I think) were blooming.  The hummingbirds weren't the only thing attracted by them however.  Scrub Tanagers were a lifer for me that I had to look up when I got back to the hotel 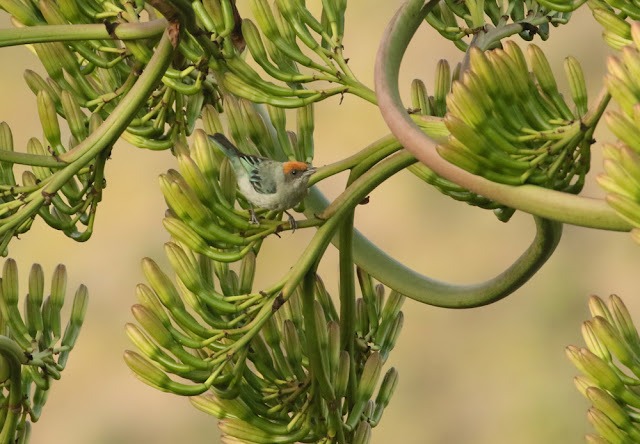 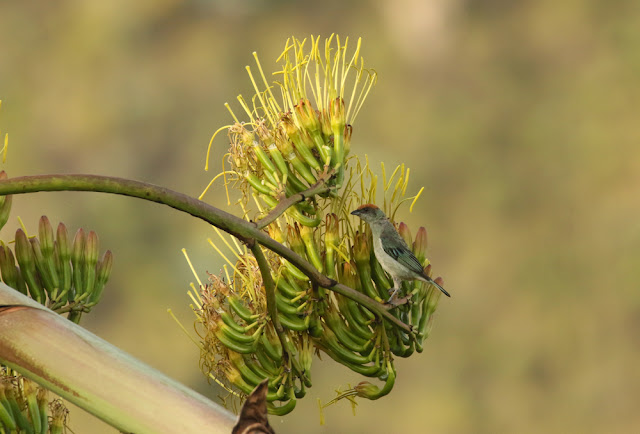 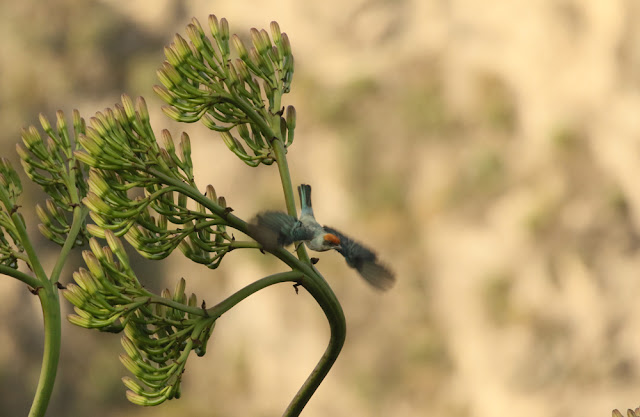 No need to look up a wintering Vermillion Fly, another common bird in Quito. 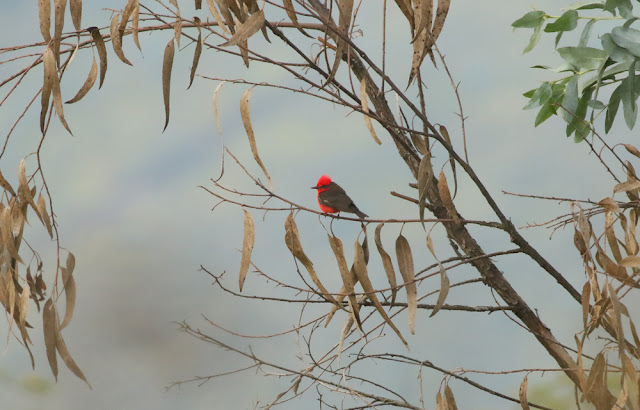 And lest you think that all the birds were yellow, green, orange, or red, this forgettable little gray guy was probably right behind rufous-collared sparrow in terms of the most common passerine, an Ash-breasted Sierra-Finch 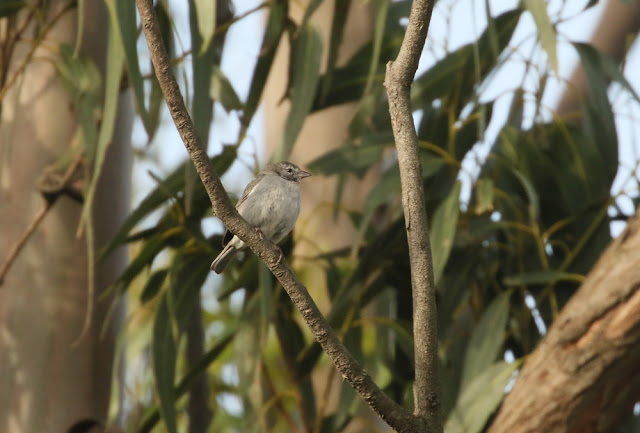