I can comfortably say that the Shiripuno lodge we stayed at for the first few nights in Ecuador was the farthest I've ever been from the classical definition of civilization.  We flew from Quito to Coca (I never could get a straight answer with regards to whether it was that kind of coca), then took a 2.5 hour truck ride to a landing in Wauroni lands.  From there it was a mere 3 hour motorized boat trip down the least developed river I've ever seen.  We would occasionally see a thatched dwelling, but for the most part it was just trees.

I should have taken more scenery pics on the way in.  Our boat was about double the length of this one, but it gives you a sense of our long and narrow conveyance. 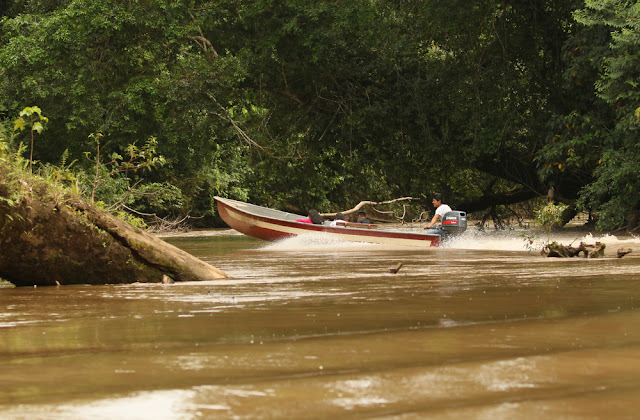 But it was hard to take scenery pics when there were birds!  You know you're far afield when Great Potoo is a bird you see most days. 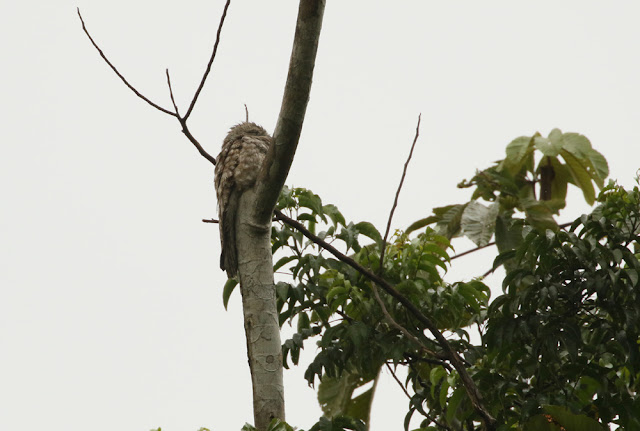 Piping-guans were also quite visible from the boat. 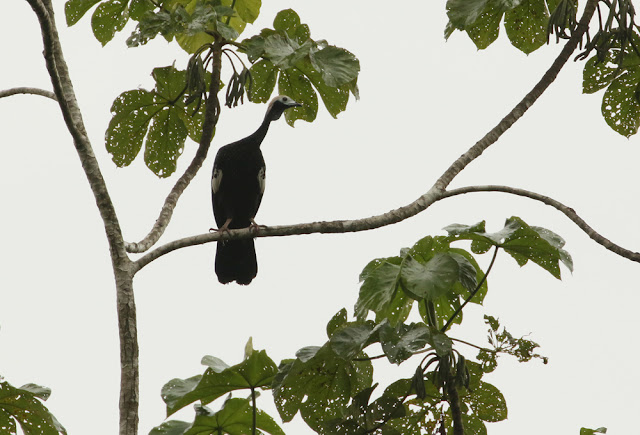 This tree probably contained more macaws (Red-bellied in this case, and as aptly named as our woodpecker) than I'd seen in my entire life combined leading up to this trip.  It was really remarkable to be in a place where macaws were common. 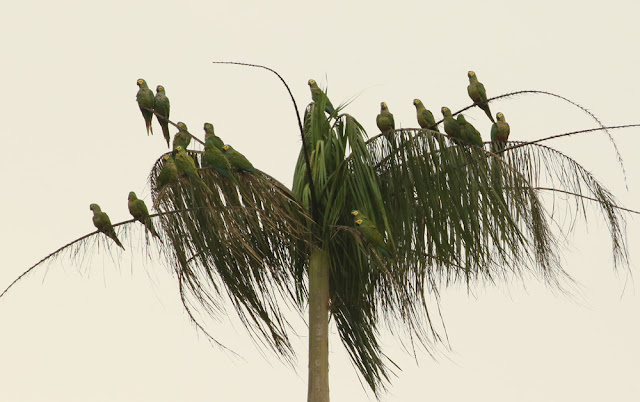 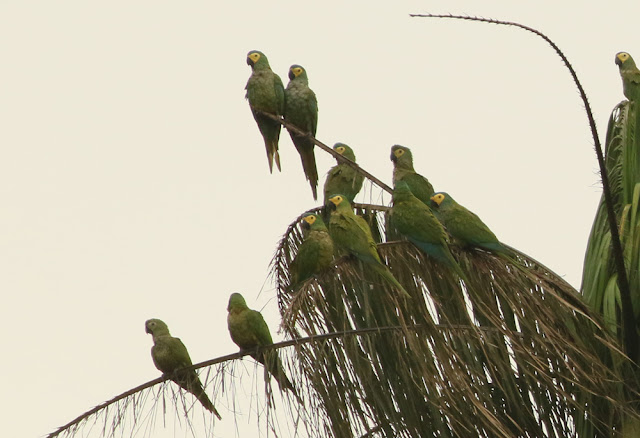 Blue-and-yellow Macaw was one of my most wanted birds for this trip (and benefitted from being one of the more possible ones on that list), and we saw them on the first afternoon.  It was clouding up prior to a decent downpour; some blue sky would have been a nice background for these, though the rain we experienced then was just a prelude to one we'd experience later... 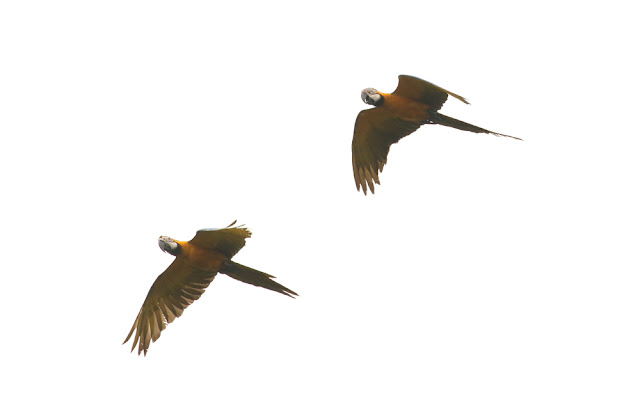