After a long morning walk through the jungle we took a break at lunchtime for a few hours to let the heat of the day pass somewhat.  Of course breaks are ... relative.  I headed back into the woods.

Black Caracaras were very vocal, yelping and shrieking through the siesta time ... fortunately for the group they mostly hung around the guide's cabin. 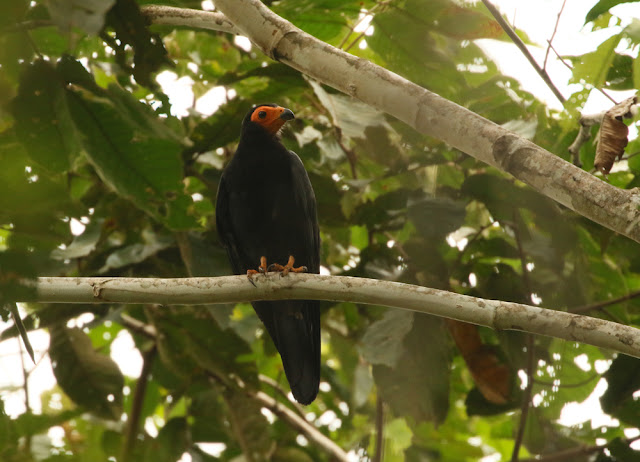 I looped around the grounds and a Black-fronted Nunbird flew into the trees in front of me.  Nunbirds have been possible on most of the trips I've done, but this was the first time I'd seen one. 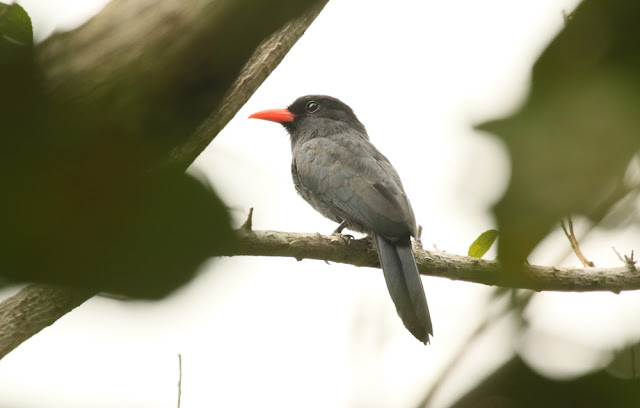 Closely related to the widely distributed Squirrel Cuckoo, this Black-bellied Cuckoo was probably the prettiest cuckoo I've ever seen. 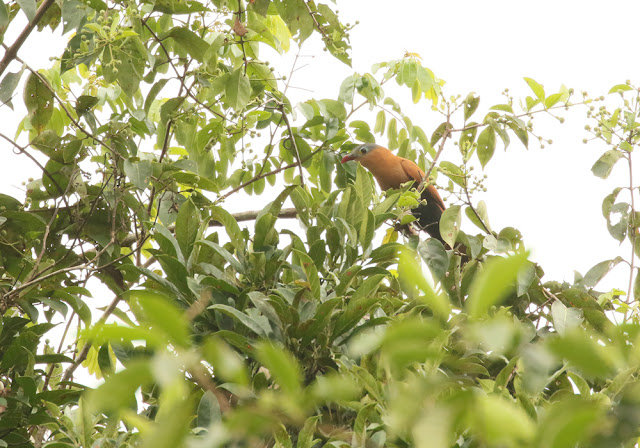 I honestly thought there would be more antbirds on the trip; certainly a lot were possible.  This Mouse-colored Antshrike was fairly vocal. 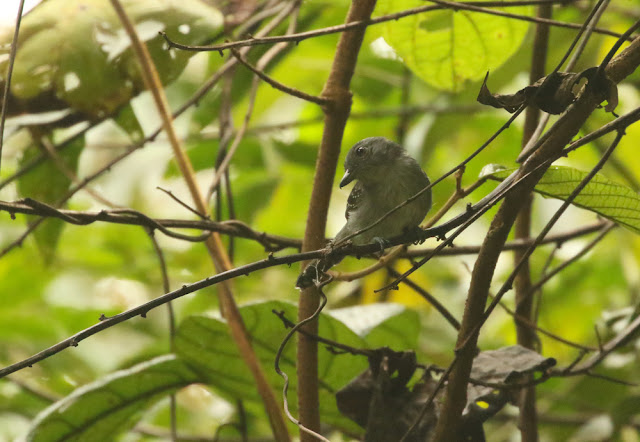 Walking further into the woods some rustling in the treetops revealed an impressive monkey, this one is a Monk Saki, my first saki monkey of any type.  Fito, our main guide, had never seen one. 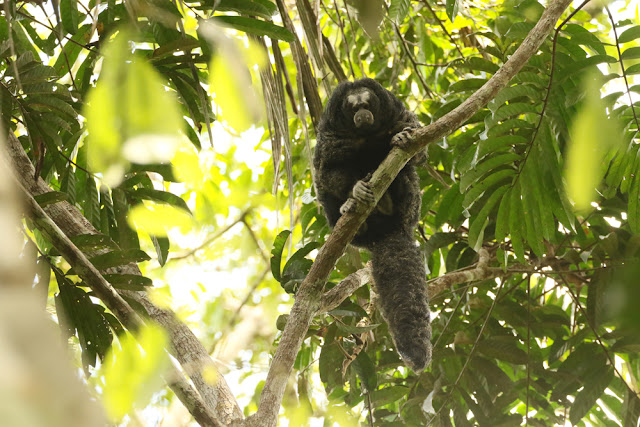 Drab Water-tyrant on the other hand EVERYONE saw.  They were common flying along the river's edge and seen on every boat trip.  It was a lot easier to photograph from shore though 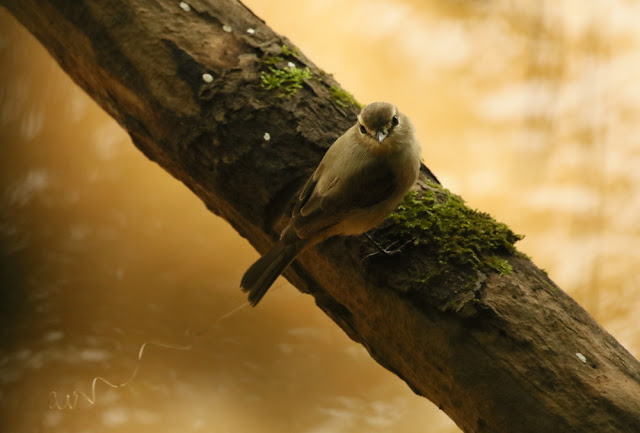 Finally a view of Striped Woodcreeper, which was part of one of the few small flocks we encountered.  It was joined by a pair of White-flanked Antwrens as well as a Plain-winged Antshrike which unfortunately I couldn't quite snag a pic of. 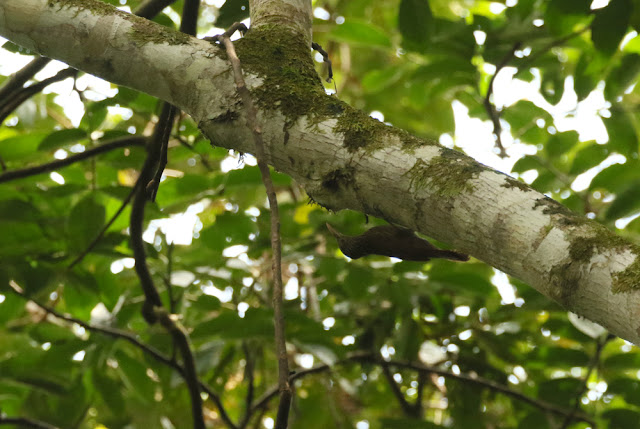