All 3 species of scoter have been seen on the pier the last couple days (though I didn't see the Harlequin Duck this morning).  But if you want to photograph black and white birds, what better time than first light? 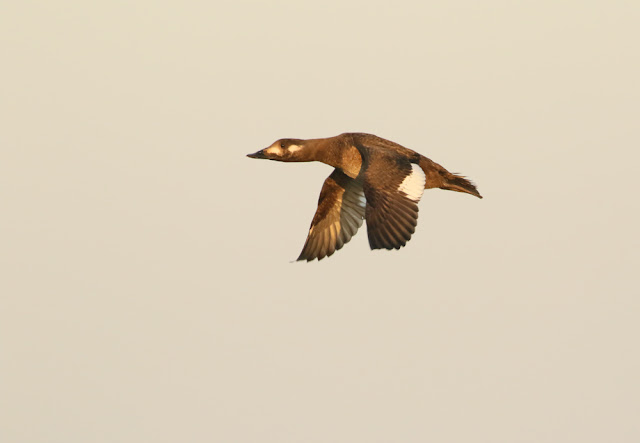 The light gets away from you quickly... 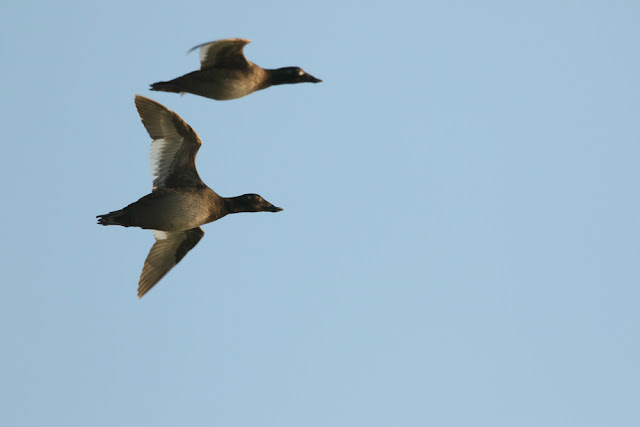 While the White-winged's are the dominant species there were a few Surfs about. 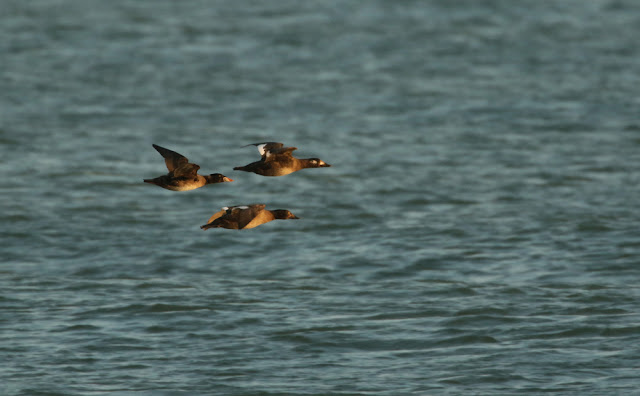 And given that I forgot to eBird Black last year, I couldn't make the same mistake twice!  These guys almost lined up for a really nice composition, but that White-wing in front started banking a moment too soon 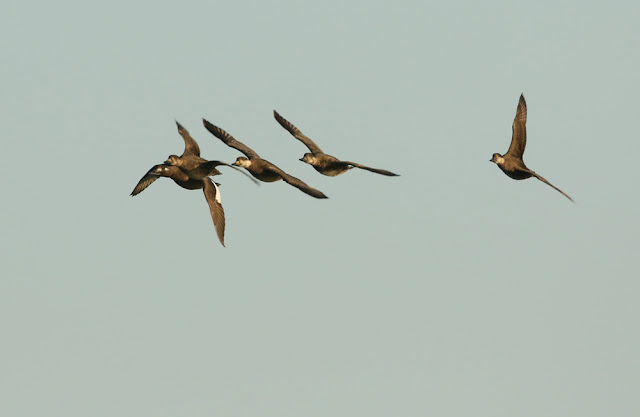 The "dark-winged" scoters, from the above shot wheeled past, if I only had the close-up pic below to go on, I might call them 2 blacks and 2 surfs... but studying the bill shapes of the top pic makes me think they're all black ... but I could be wrong. 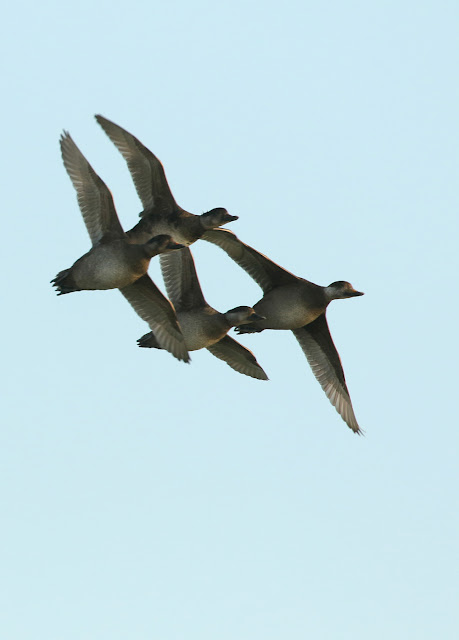 And who knows, maybe the ice will soon be melted enough to let the algae get slick!
Posted by Matt at 11:56 AM