After a pleasant morning in the Antisana reserve I think most of us at least dozed (if not napped outright) as we descended a little to our lunch stop. 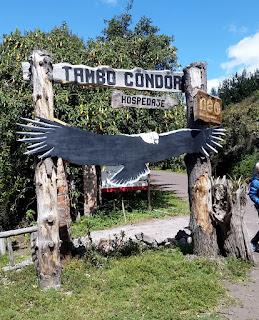 It was a little restaurant (maybe with lodging possible?) which had a few hummingbird feeders arrayed in the landscaping surrounding the building

We'd seen Sparkling Violet-ear earlier in the morning but this was the first chance to see it well. 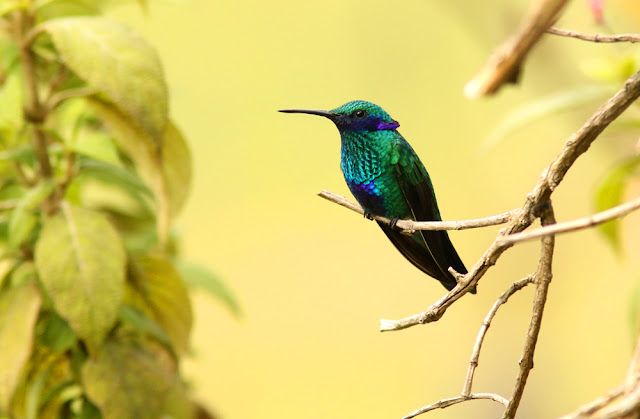 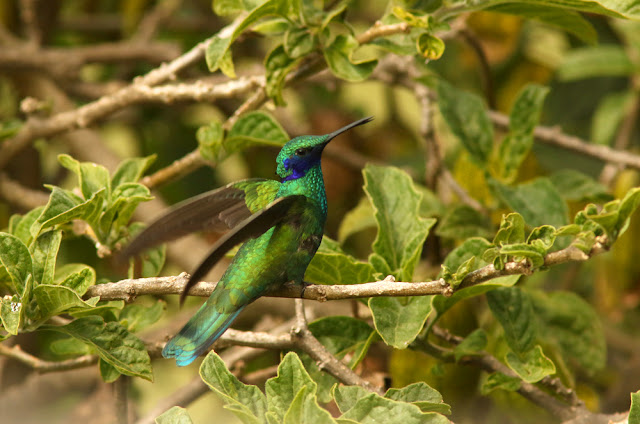 A cousin to Green (now Lesser) Violet-ear, it filled a similar niche as a fairly dominant bird at the feeders and a prominent feature of the soundscape. 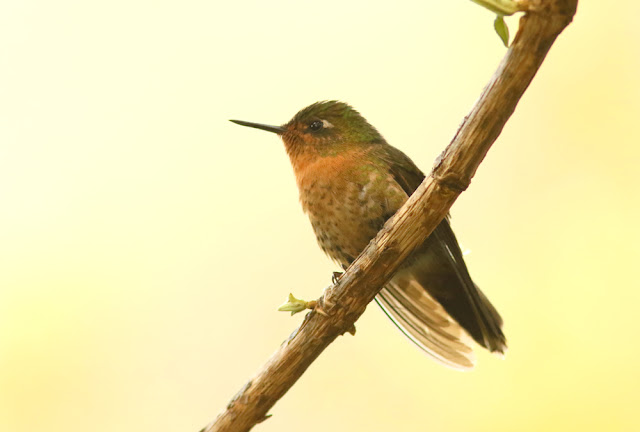 Nothing subtle about the next 2 birds.  First is Black-tailed Trainbearer. 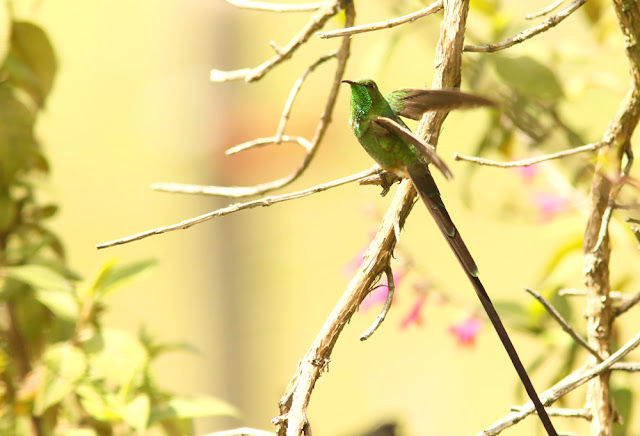 Next is Giant Hummingbird, the largest hummingbird in the world.  The violet-ear gave it as much room as it wanted. 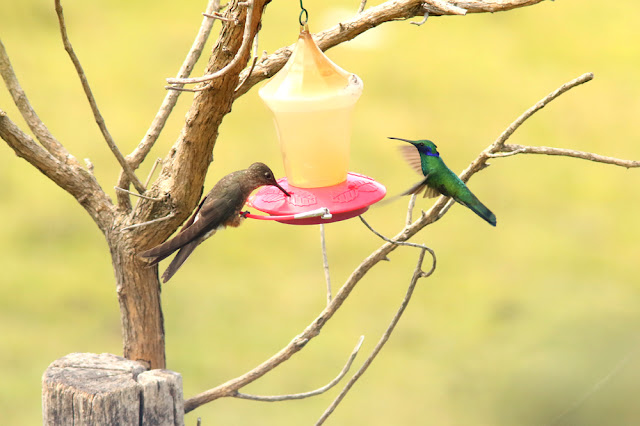 But we were looking for black birds. 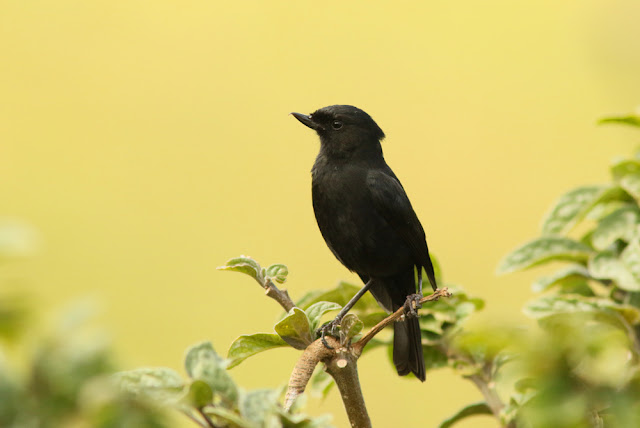 Maybe I should say big black birds (the Blackish Flowerpiercer was interesting, but not exactly meriting a restaurant to be named after it.).

About half way through the meal Jose (or one of the employees) started shouting CONDOR! CONDOR! in tones previously reserved by guides for HARPY EAGLE, HARPY EAGLE!

The bird landed on a cliff face half a mile distant.  We watched it through the scope until it again took flight. 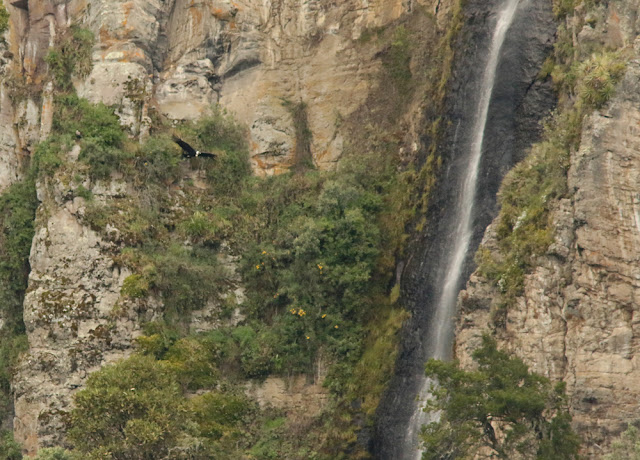 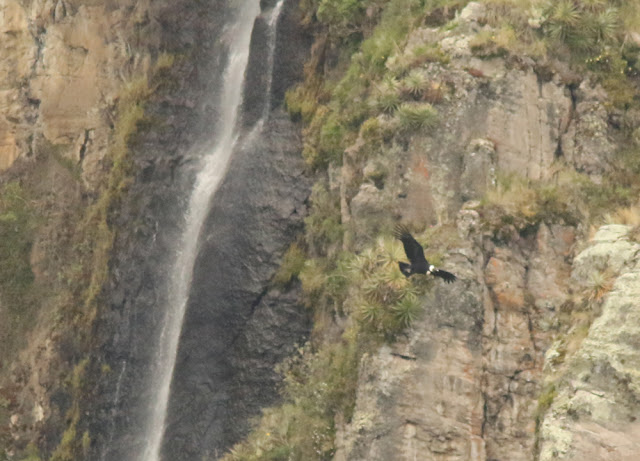 It wasn't a great view, but a view nonetheless.

These condor photos with waterfall and cliff elevations in the background are great.