I guess Seedsnipes need oxygen too

Because 11,000 feet at Antisana was just entirely too low for a chance at a couple birds, we went higher.  How does 14,000 feet sound to you?  Pikes Peak, Mt Ranier and the other highest summits in the continental U.S. are also ... 14,000 feet and change.  It's high enough that the barometric pressure is 1/3 less than sea level.  That means you get 2/3 of the oxygen you're used to.

Our target bird was a Rufous-bellied Seedsnipe, a member of the sandpiper tribe that acts (and looks) like a ptarmigan.  I'll skip the suspense, despite a lot of effort we didn't see one.  The scenery was pretty fantastic though.  This is the Antisana volcano in the distance. 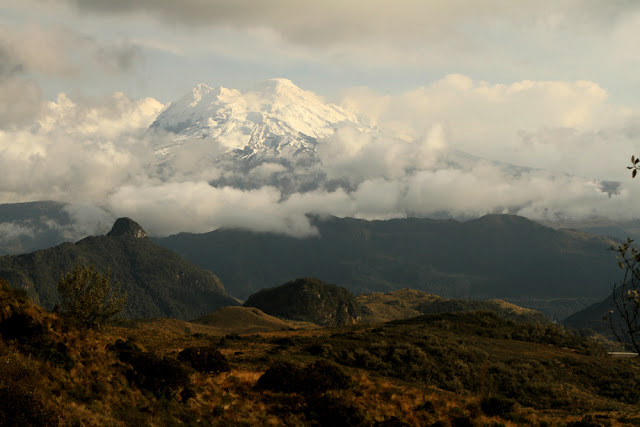 As a frame of reference its elevation is just a shade under 19,000 feet, Denali (formerly Mt McKinley) in Alaska is 20,000 feet.

There were birds though.  Here's Chestnut-winged Cinclodes in a more natural habitat than a gabled roof. 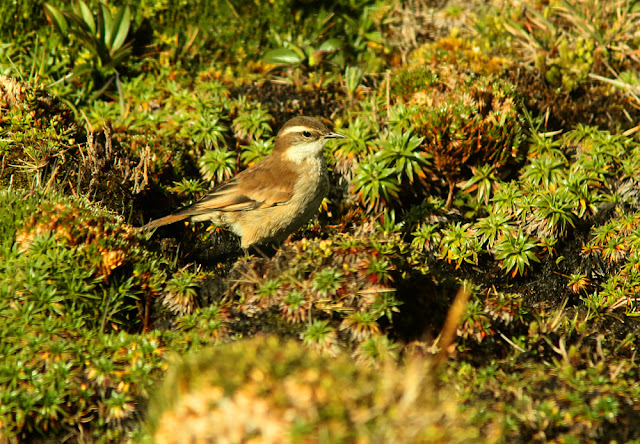 Honestly these next ones are more about the scenery than the birds, first a distant Plain-capped Ground-tyrant and then a Tawny Antpitta. 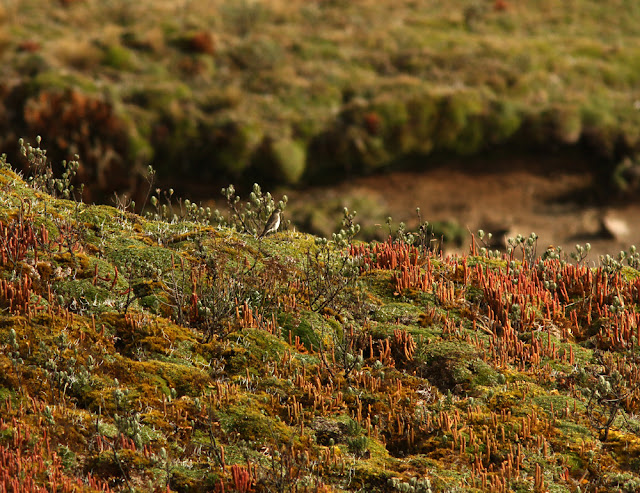 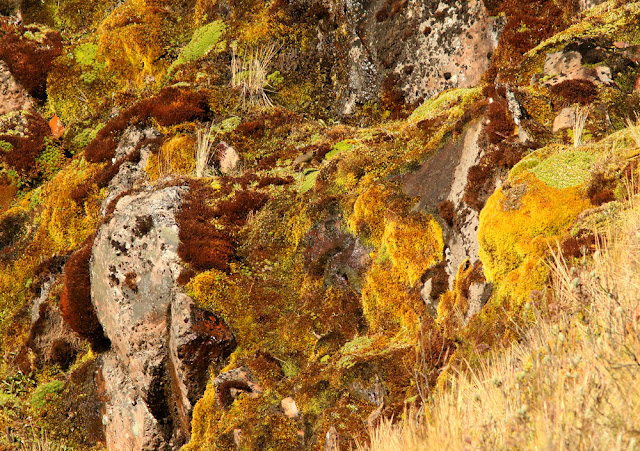 The antpitta is standing atop the little lime green patch in the center.

We were high enough up that a Variable Hawk flew past beneath us.  They were usually really high up. 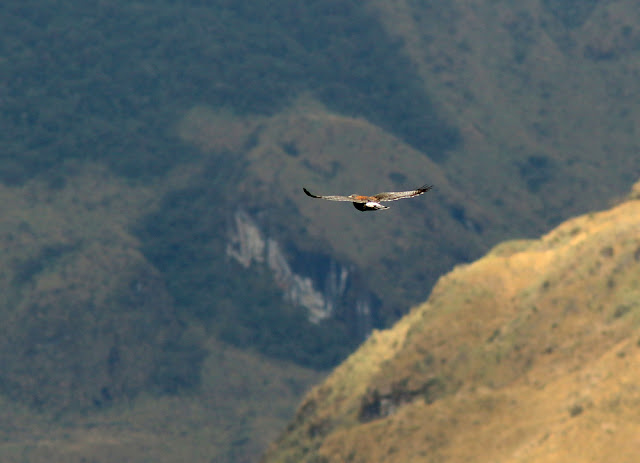 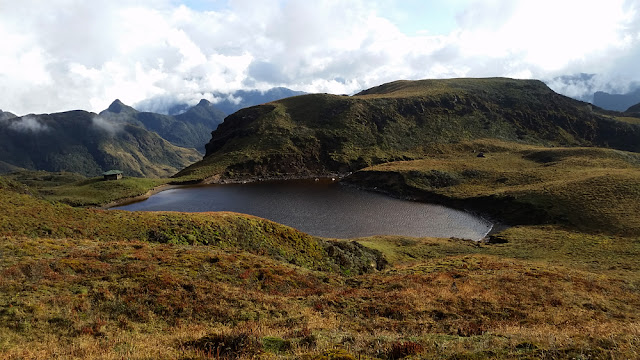 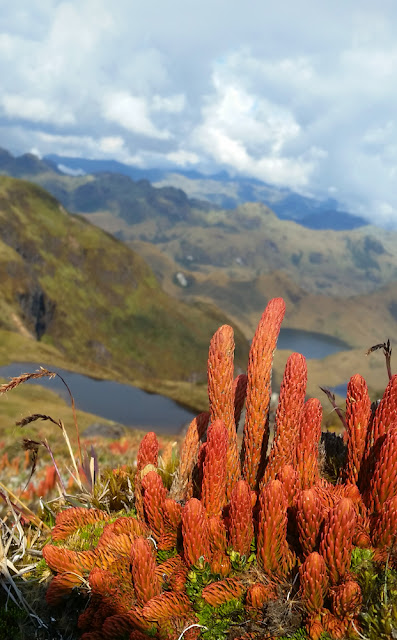 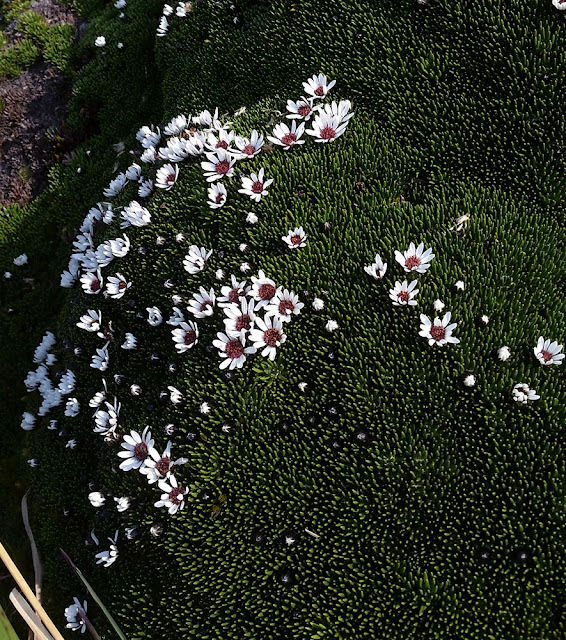 While the headache I developed was likely early altitude sickness, even without the Seedsnipe it was a really memorable afternoon