Starting at the highest of elevations was somewhat of an odd introduction to South America.  The above-the-treeline paramo was a very unique habitat, scenery that was different from anything I'd ever seen.  It really did feel like a different continent.  We stayed at Guango Lodge for the night after our first day of birding.  The thin air allowed a moonset bright enough to hurt your eyes with a sudden direct look.  It was striking though.  But the moon soon set and the Sun quickly rose, casting early morning light on a forest that felt far less alien than the starkly beautiful paramo.

Trogons are common throughout the tropics, Masked is the red-bellied version for the higher elevations of the Andes.  There was certainly familiarity here with its resemblance to several Central American cousins. 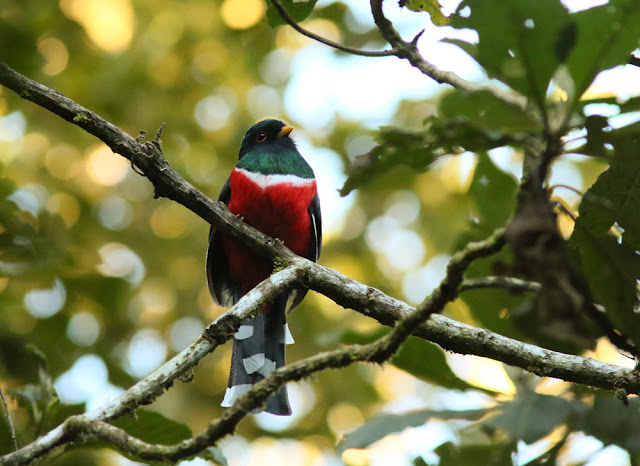 This is Black-crested Warbler, a bird that was singing fairly persistently early on our walk 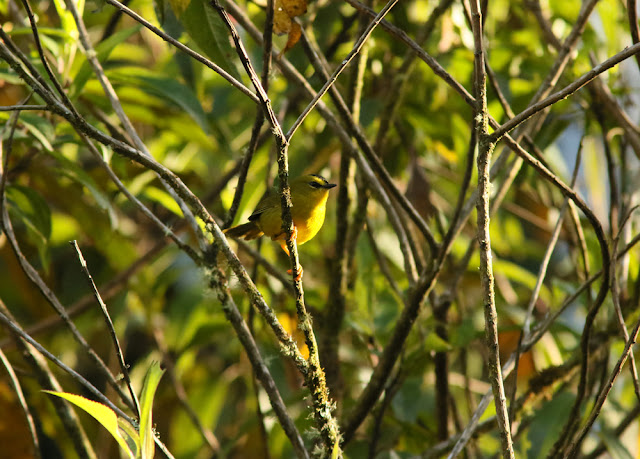 This is one of the Basileuterus warblers (Rufous-capped which just gets into Arizona some years from its Central American haunts is another).  With plain wings and not much of a face pattern it didn't really resemble any of our breeders or migrants.

Probably no class of birds is more widely represented in South America than the flycatchers.  Fortunately for us, on this trip there weren't a lot of difficult to separate species pairs the way a person has to work for several groups of elaenia or flatbill on previous trips.  Of course as soon as I say that I can't remember if this next bird is White-tailed or White-banded Tyrannulet. 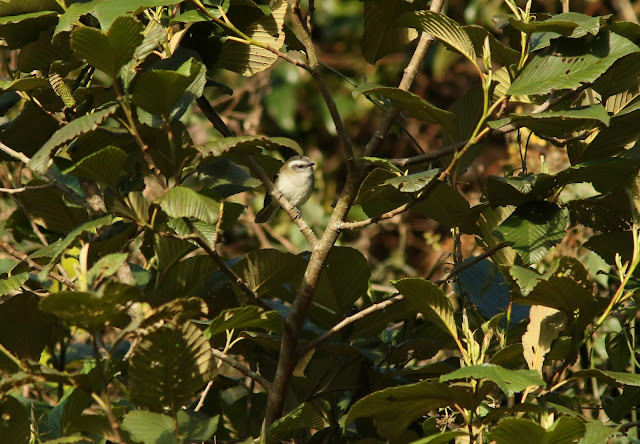 My notes say it's White-banded.

Rufous-breasted Chat-tyrant was our 2nd chat-tyrant of the trip, another cleanly-marked, neatly-patterned bird. Cinnamon Flycatcher is perhaps the most boldly brown bird I've ever seen. 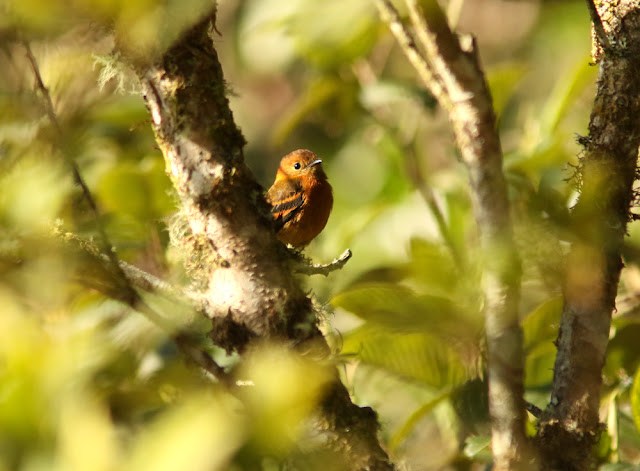 Finally the bird of the day for me, Chestnut-crowned Antpitta, our second species of antpitta in as many days. 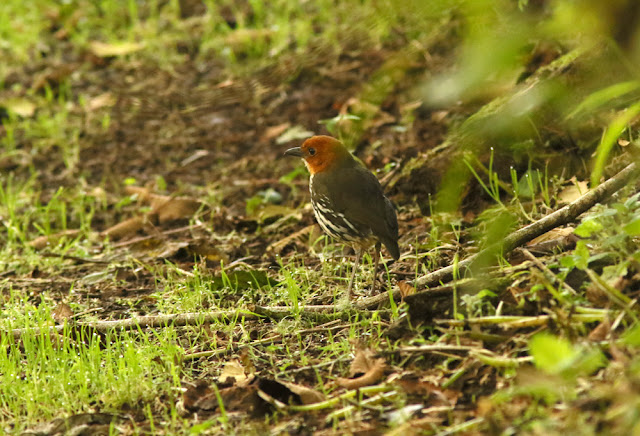 The first 2 days of this trip therefore equaled the total number of antpittas I'd seen on every other trip I've made to the neotropics combined.
Posted by Matt at 4:32 PM