A lot of lodges in the neotropics use white or blacklights behind sheets to attract moths, and therefore birds, that otherwise would be very difficult to see well.  The bug lights at Wild Sumaco were the nicest set-up I've seen.  They sheet (and light) were out of sight below eye level of the blind.  This meant that our eyes were able to adjust to the dark while light was being cast upon the birds.

There was nice diversity at their light, (and we would see none of these birds elsewhere in the woods), but Black-faced Antbird was the most prominent species. 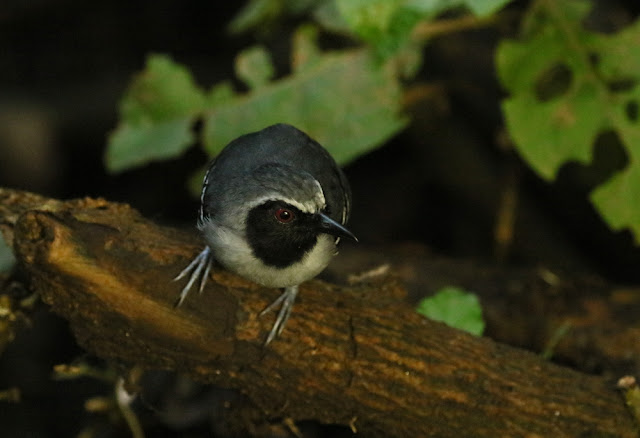 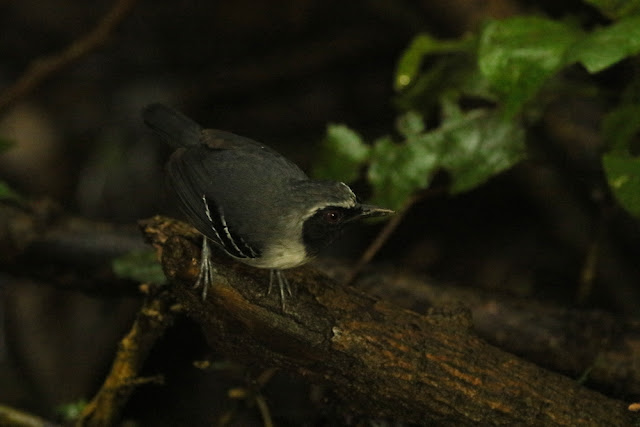 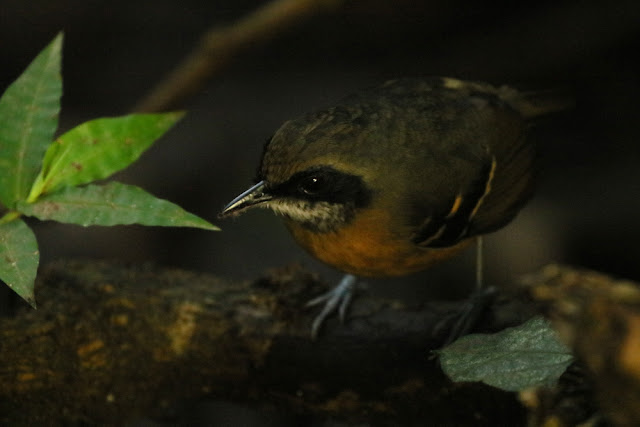 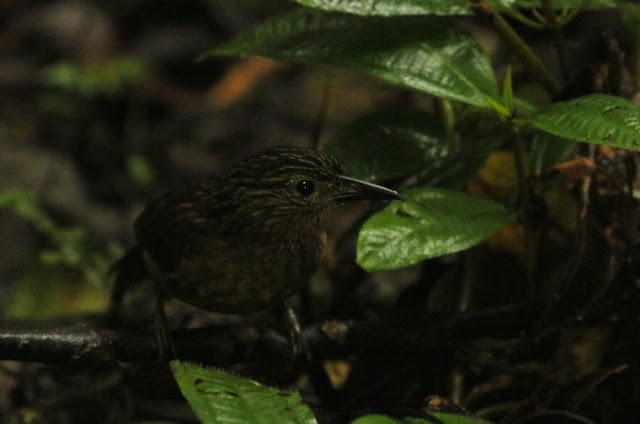 There are several red-eyed antbirds classed as Fire-eyes, this is White-backed Fire-eye (the white is a tiny spot right where the black of the nape meets the brown of the back). 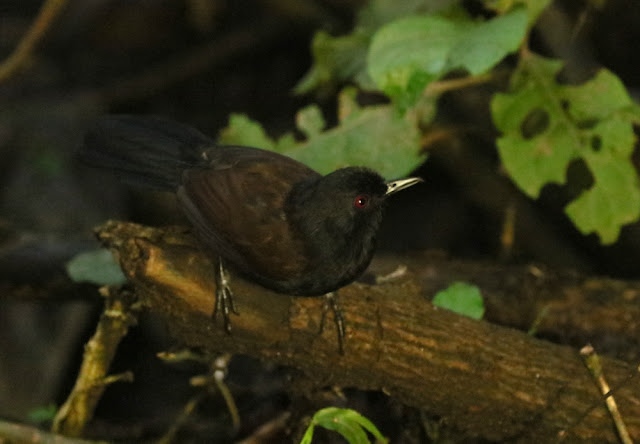 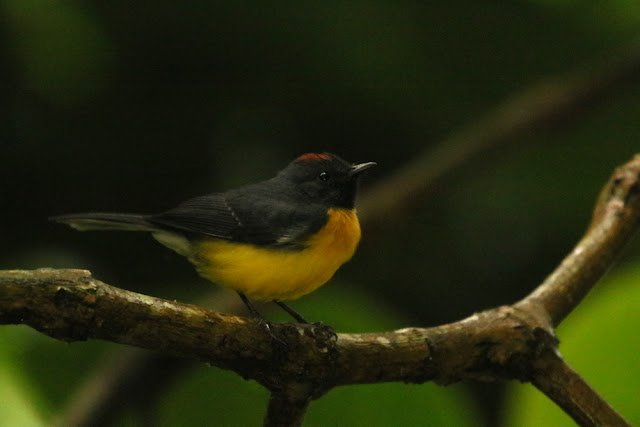 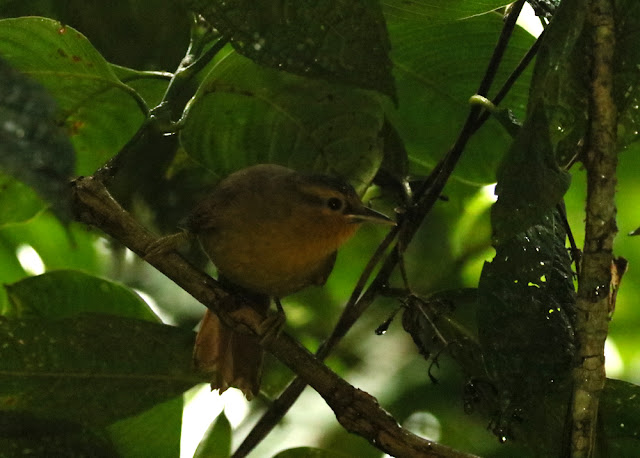