back to Ecuador ... Quetzals!

With the rush of spring over and the trees leafed out (at last), time to return to the winter trip to Ecuador.  We started way above the treeline and worked our way down the mountains slowly.  San Isidro is a similar elevation to the areas around Tandayapa that we visited last year, but on the Eastern side of the mountains.

We spent a lot of time (A LOT) listening to Jose whistle for quetzals in 2018 so it was nice to have a few appear for us on this trip.  When a person mentions quetzals we tend to think of Central America's Resplendent Quetzal, but there's South American species too (though to my knowledge they lack the flowing tail coverts of their more famous cousin).  These are Golden-headed Quetzals. 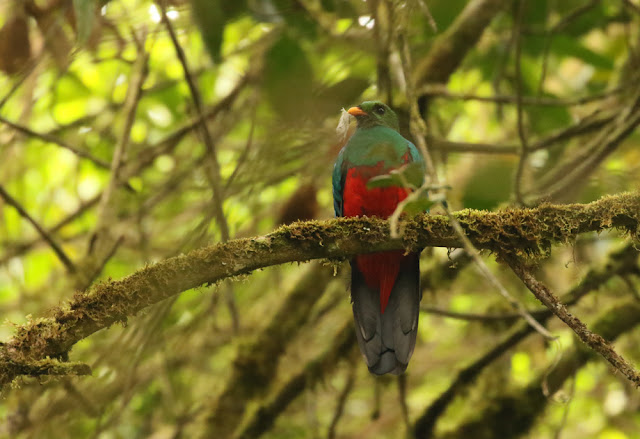 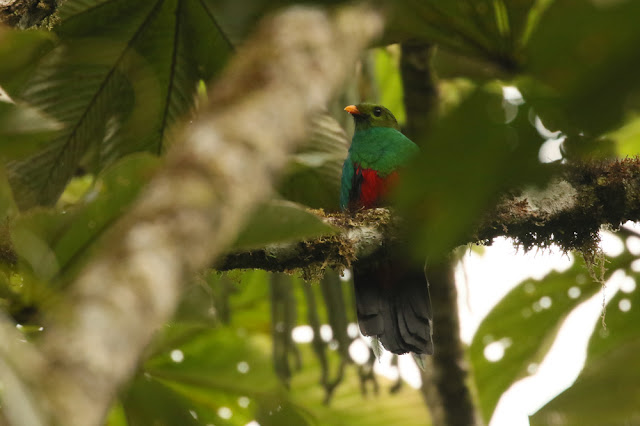 We saw a number of small forest flycatchers, tyrannulets and bristle-tyrants, but none were particularly cooperative from a photo standpoint.  This Rufous-headed Tody-flycatcher was an exception, though it was extremely flighty and zipped from perch to perch, usually well before people could get their cameras raised, much less focused. 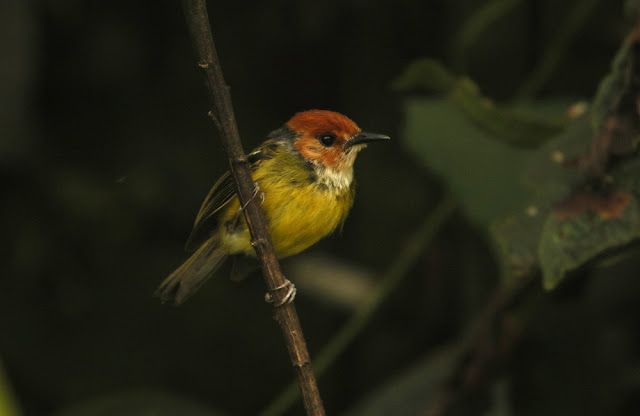 We also spent a lot of time working a roadside bamboo thicket for Stripe-headed Antbird.  The color is off in this pic since I'm shooting almost entirely through a big green leaf and had to futz with it a bunch with photoshop. 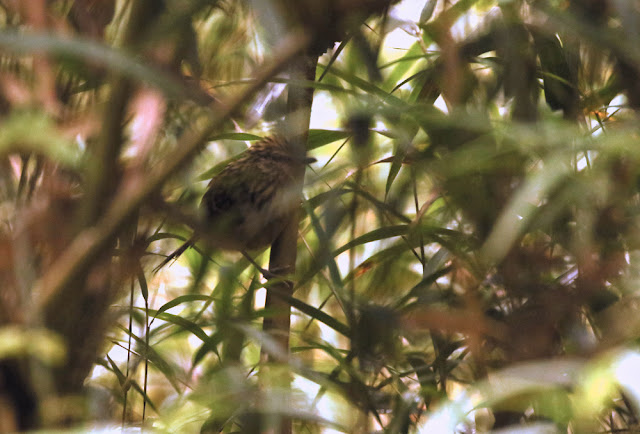 The butterflies were easier.  The Kaufman guide has some long-winged skippers along our southern borders; I think this is the first of that group I've encountered. 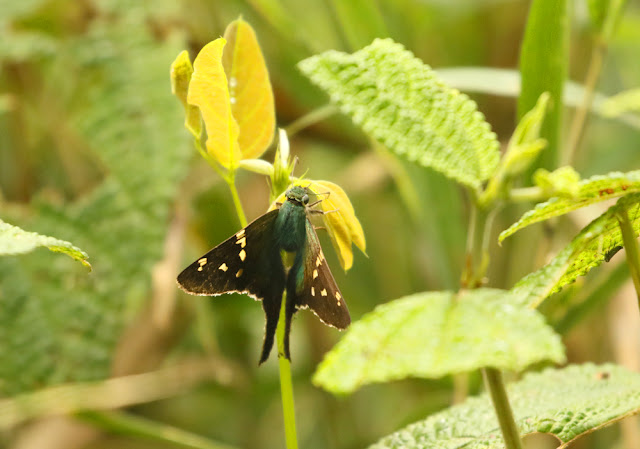 And who can resist butterflies with see-through wings? 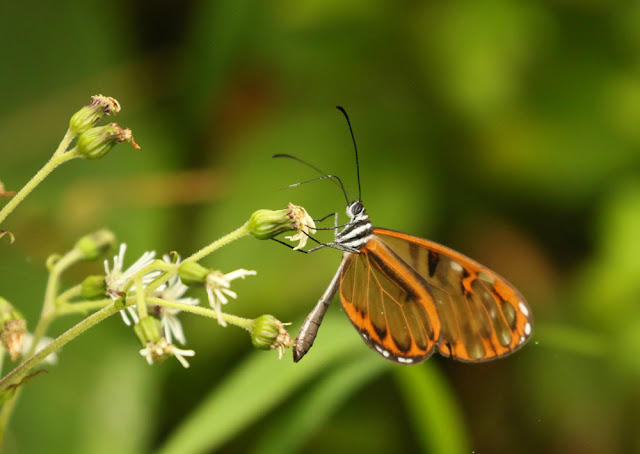 I still don't know this one's name
Posted by Matt at 9:10 PM