Pre-dawn at San Isidro would bring a parade of birds into the trees next to the deck.  Why?  Moths of course!  Blacklights and sheets attracted moths, which in turn would attract the birds.

Check out the moth wing dust on this Summer Tanager's bill... 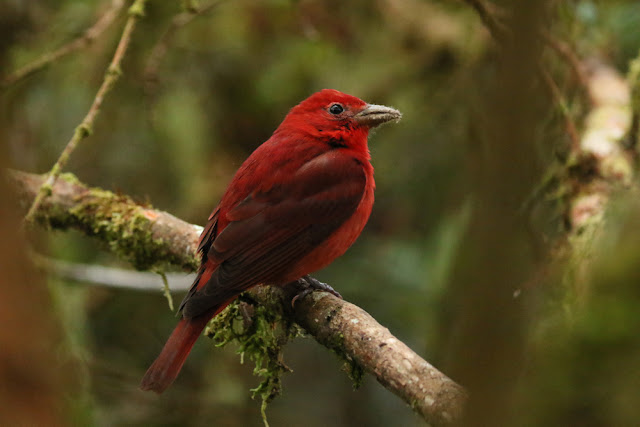 and a Common Bush-tanager, moth in hand 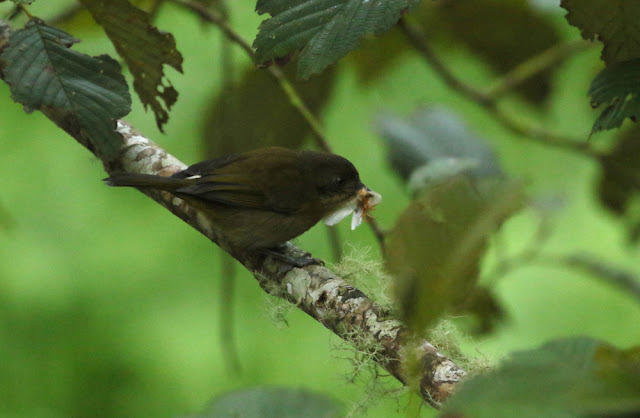 I was pretty excited to see a Black-billed Shrike-vireo the first time we were in its habitat.  It was present pre-dawn both mornings.  To put that in context it took me several trips to see Chestnut-capped Shrike-vireo in Central America (despite hearing it several times); I've never seen Green Shrike-vireo, though you can hear it in a lot of lowland areas of Central America. 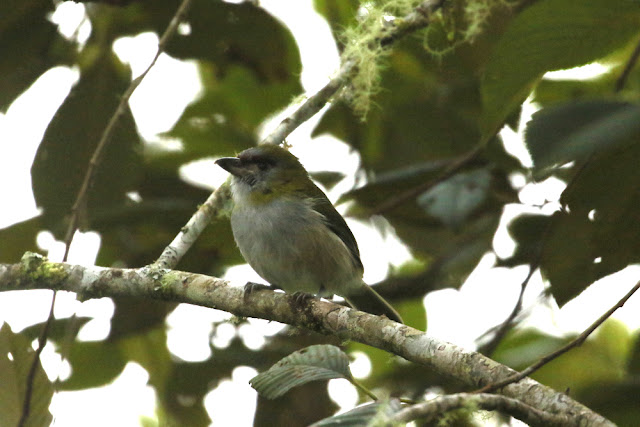 Hemispinguses are tanagers that function more like warblers; they're hard to photograph.  This is Black-eared. 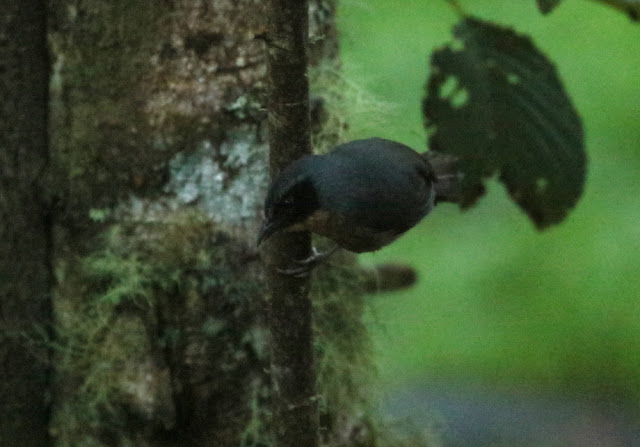 But they weren't all exotic birds, you know Ecuador is a cool place when the dominant wintering warbler is Blackburnian 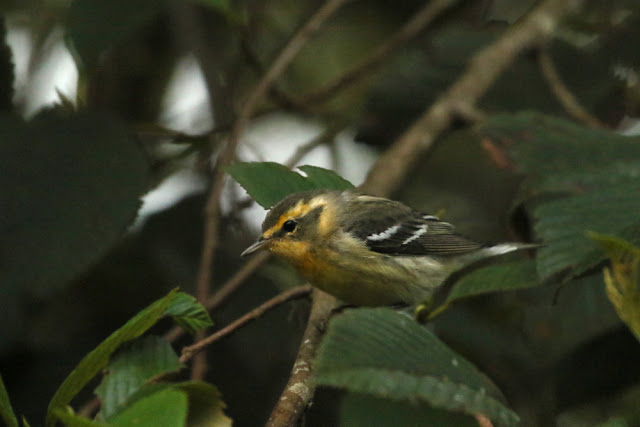 Finally a look at some of the moths the birds didn't get! 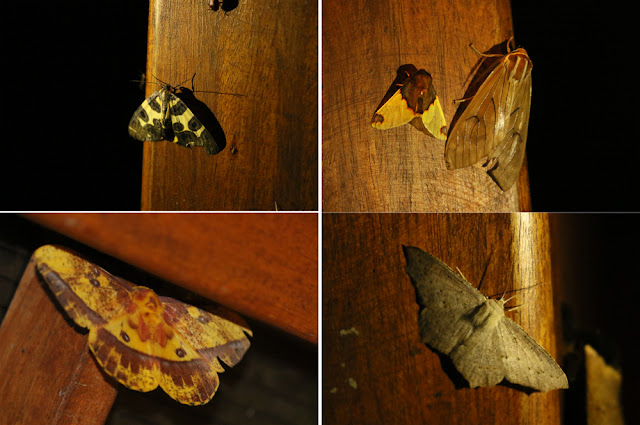 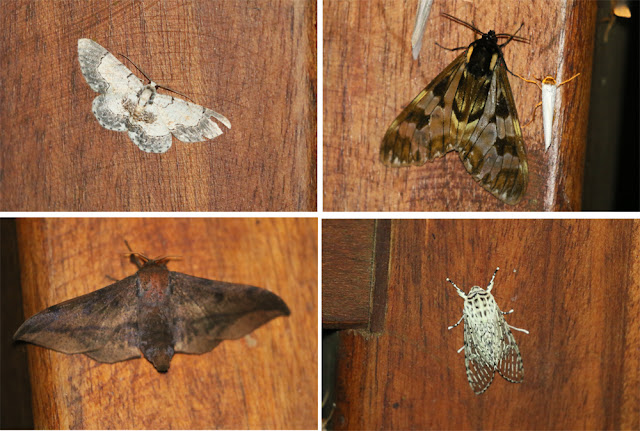