Green-fronted Lancebill is a bird that's been possible on a bunch (if not most) of the trips I've taken to Central and South America.  Afternoon at San Isidro however was the first time I've ever seen one.  The classic habitat is little snags along rapidly flowing streams or small waterfalls;  this one was away from the water though. 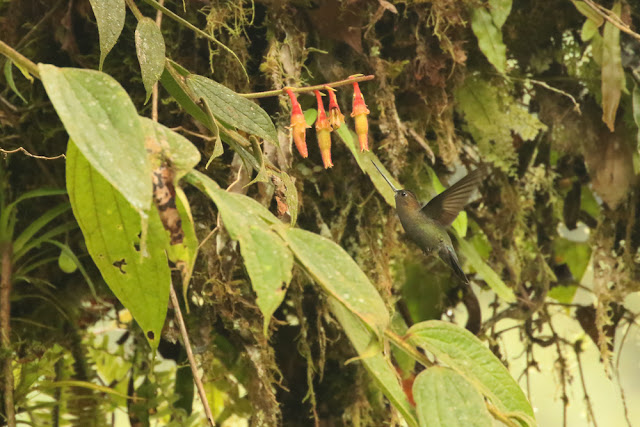 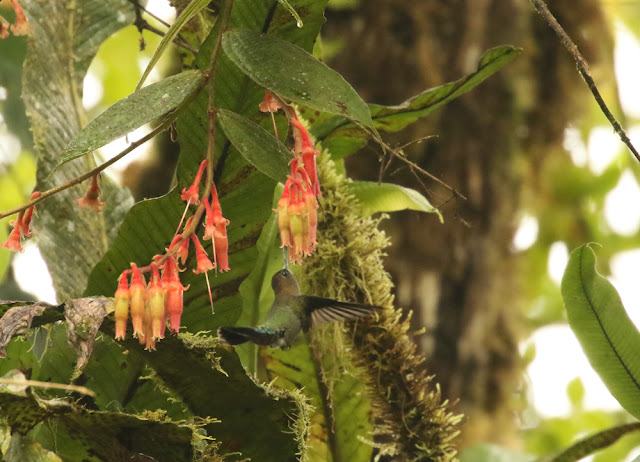 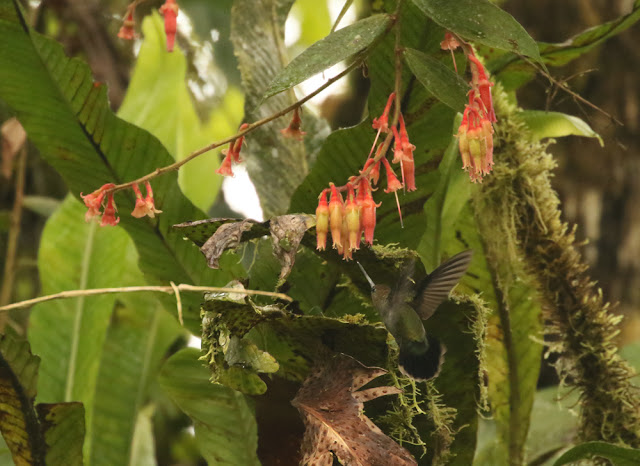 Really it ought to be named sword-billed and the sword-billed hummingbird (whose bill is double in length) ought to have the lance-billed moniker, but who's keeping score.  Honestly I expected the bill to be longer, but sword-billed probably spoiled me.  Some of the starthroats have similar length bills to the lancebill too.

The sun got up pretty well this afternoon (a nice respite from rain), but it did slow down activity a fair bit, but we did find some high tanagers.  This is my best pic of Saffron-crowned Tanager. 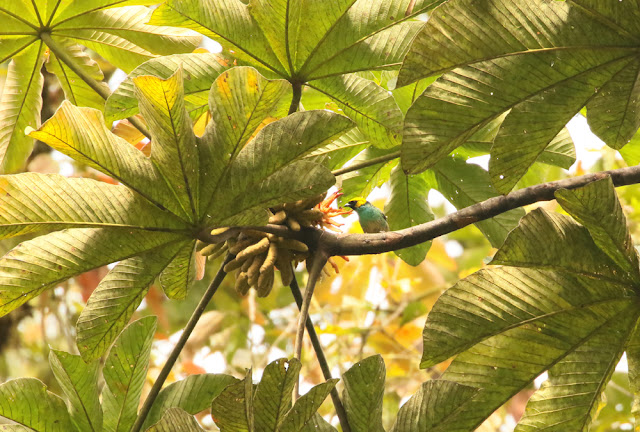 We saw them a bunch of days but they tended to stay pretty high and move pretty fast.

Green Jays were common as well. 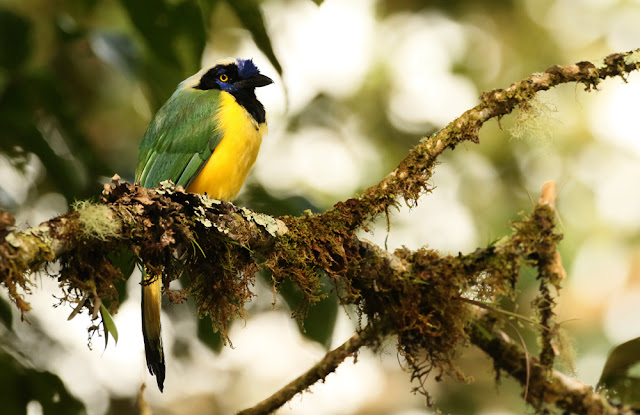 Finally a look at "San Isidro Owl", a bird intermediate between the Black-and-white Owl of Central American and Black-banded Owl of South America. 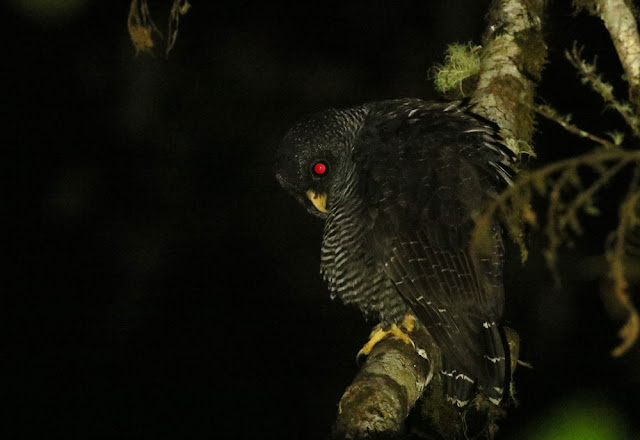 Some believe it to be a distinct species, others simply an intergrade.