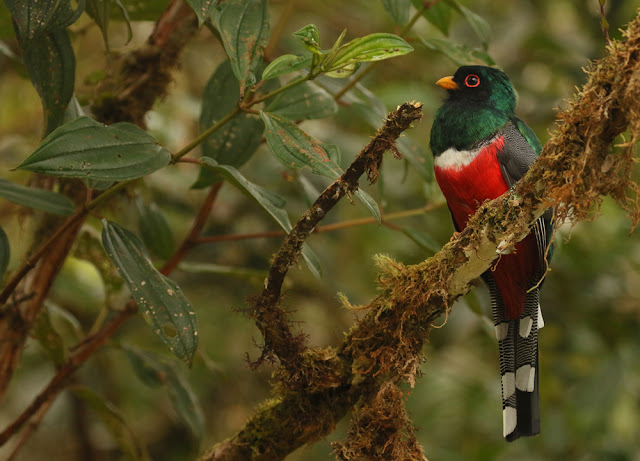 Trogons were pretty common at San Isidro and this pair was pretty tame, teed up along the trails between the cabins and the cafe 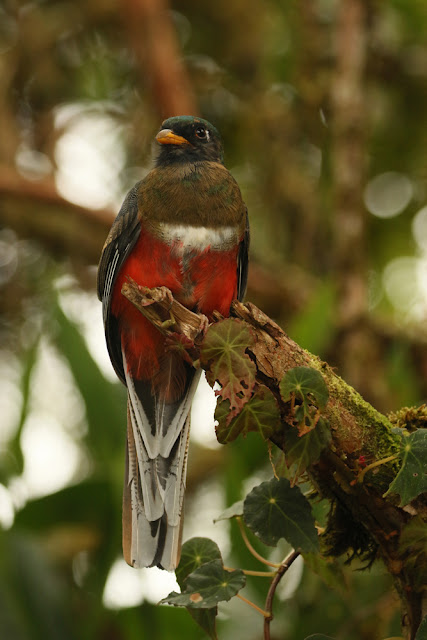 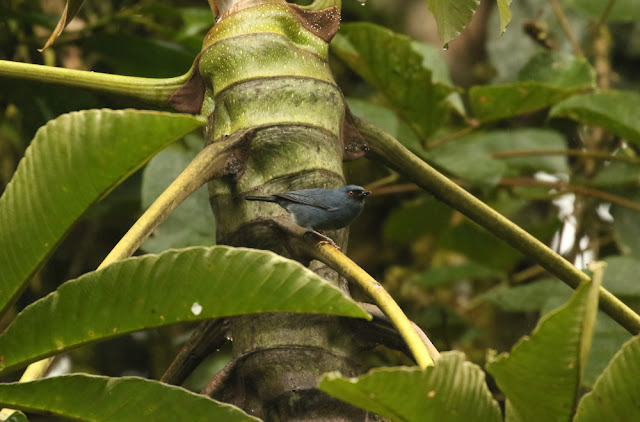 As I mentioned in the last post we did fairly well with flycatchers on our morning walk, but photos were hard to come by.  I was pretty pleased to see this Flavescent Flycatcher at fairly close range since it has a couple of similar species which I'd spent some time studying pre-trip.  It's always rewarding when studying pays off. 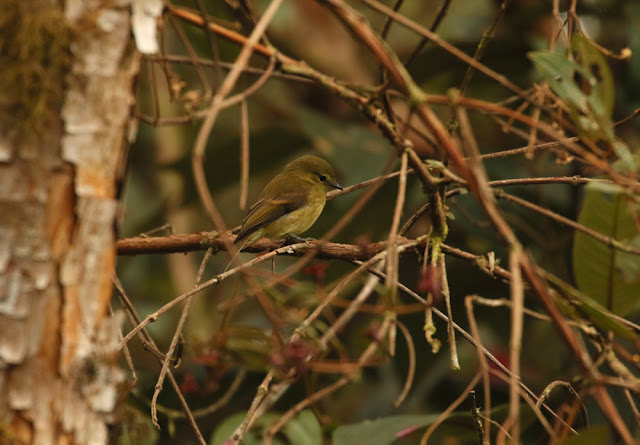 A (considerably easier to identify) Cinnamon Flycatcher was on the other side of the road. 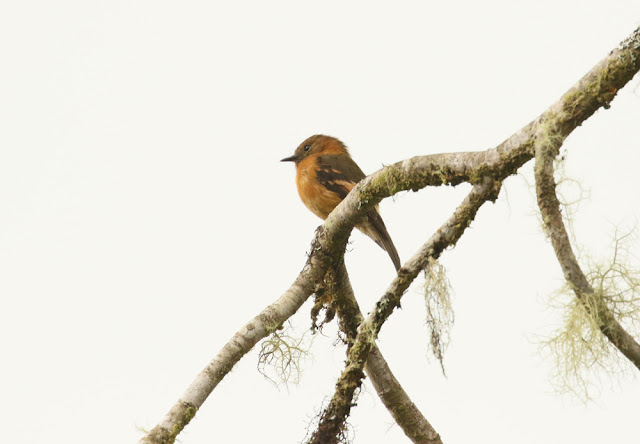 Finally a couple non-birds, first another of the glasswing butterflies 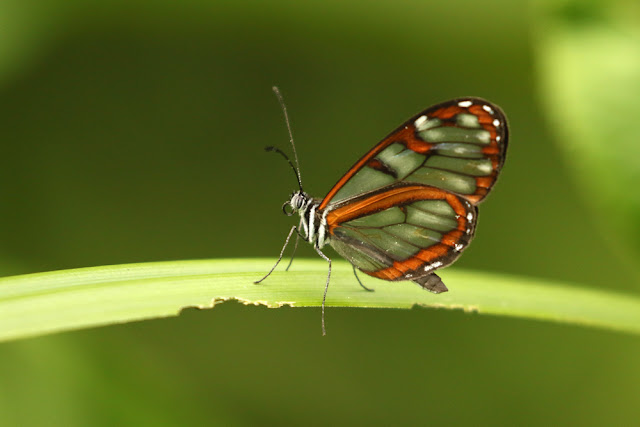 And finally the only snake we saw on the trip 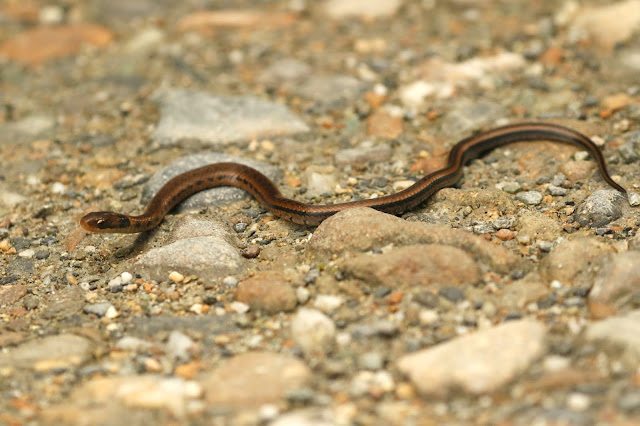