a pseudo Black-chinned excuse for ISO 8000

A female ruby-throat type hummingbird appeared in southern Berrien this week.  Given that ruby-throats are pretty much done migrating (I don't think I've had one at my feeder in at least a few, perhaps several, weeks), the possibility of a lost Black-chinned was raised.  It was dark and rainy and I was pushing the ISO up much higher than I ever really have before; the pics turned out fairly well all things considering. 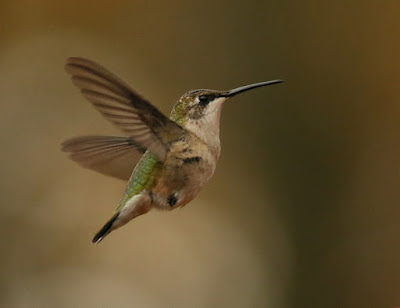 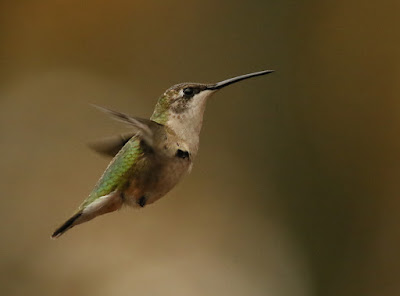 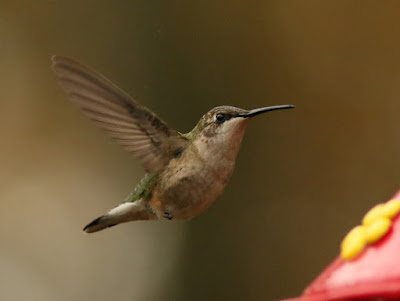 So, who's been giving legitimate actual study to the Ruby-throats at their feeder?  I know I ... (hmm, awkward pause) ...  definitely have not.  Sibley says that ruby-throat has much more contrast to the face, his illustration has the ear blending more with the throat in Black-chinned.  I think the above pics are representative of the bill length. 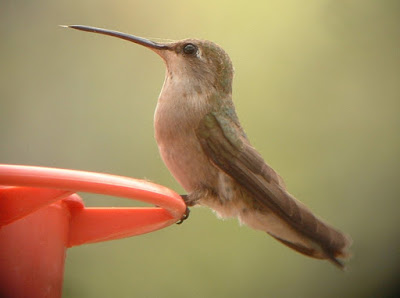 A character that I guess I should study more is the color of the forehead and cap.  Pyle says that Black-chinned lacks green tones; its cap is brownish or gray.  Honestly I don't see a lot of green here so clearly I should look at more young hummingbirds next fall. 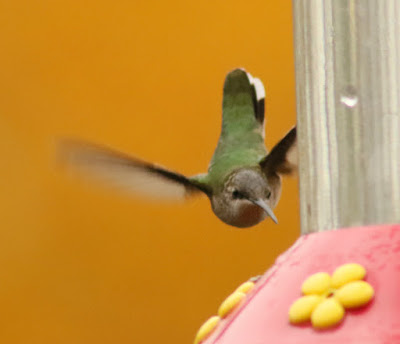 One of my pics early on seemed to suggest a purplish gorget feather which would be very strong support for Black-chinned. 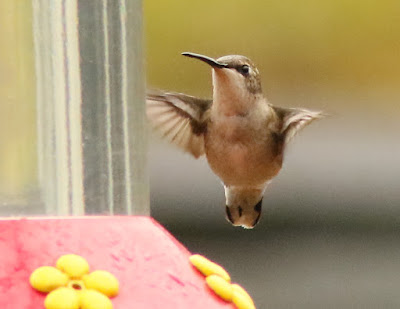 I tried really hard to get an unequivocal shot of a purple feather there.  This was as close as I could come and it would seem that it's more likely an artifact of some feathers out of place. 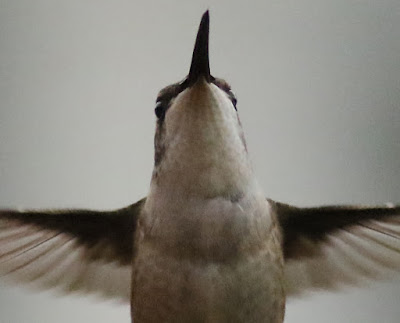 I don't honestly own a specialty hummingbird guide.  Allen Chartier said that a young Black-chinned should have buff edged primary coverts which this bird clearly does not (apologies if I over-simplified, if so blame me, not him) 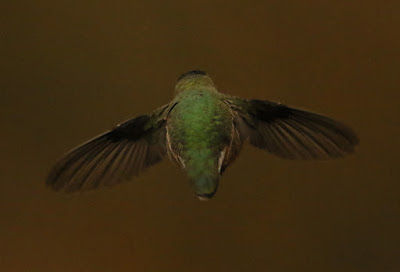 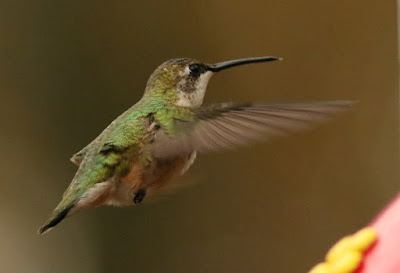 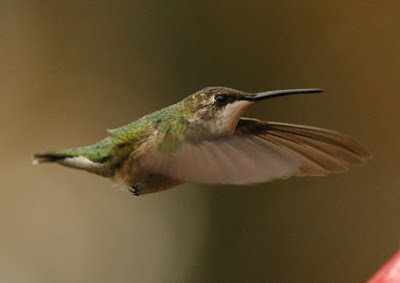 A view of the only shot I lucked into of the spreadtail. 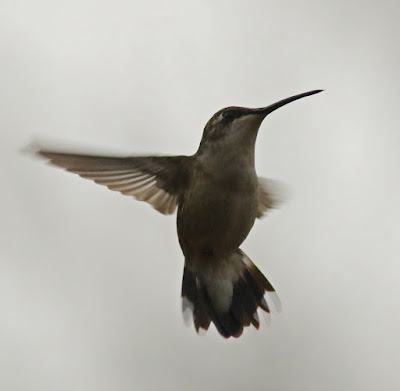 If a person knows what they're doing the shape of the ﻿outermost primary likely cinches this as a Ruby-throat.  Unfortunately I have far more frozen wings of Costa Rican Hummingbirds than I do of the one in my backyard...
Posted by Matt at 8:26 PM

I had a lone female appear several days after my resident hummers left. She never visited the feeder and only nectared on Black & Blue Salvia. She left on Oct. 22nd. I'm not sure she would go south west but it'd be nice to think she did and made it further south. I'm in Midland MI. Susan