I think this is the latest I've ever had avocets at Tiscornia.  I see some eBird records from Berrien from early November, so not unheard of. 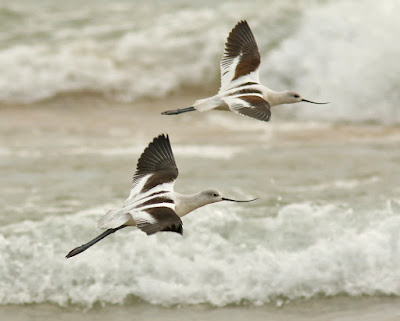 They spent about an hour at Tiscornia, mostly resting on the shore, sometimes looping north. 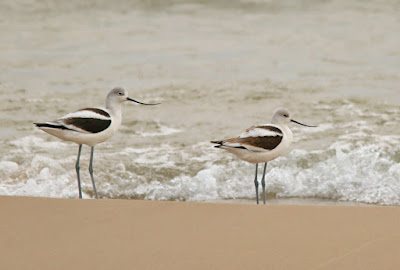 The bird with the more curved bill on the left is a female; the male's bill is a little straighter.  The male looks to be a first year bird with more brown faded wing coverts.  I didn't notice it has much less of an eye ring initially, I assume this is also age-related.

It's been a really good year for Franklin's Gulls.  I've missed this bird in the county on at least one year. 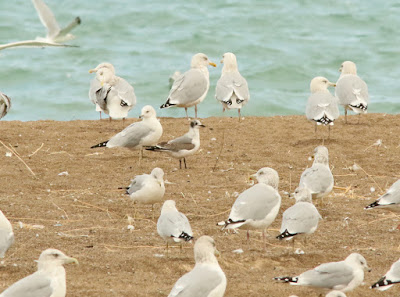 This is probably the 4th time I've had one this year.  The pics are not great since I had the ISO pushed way up to improve depth of field when hoping to flush passerines from the grass and I forgot to change them back. 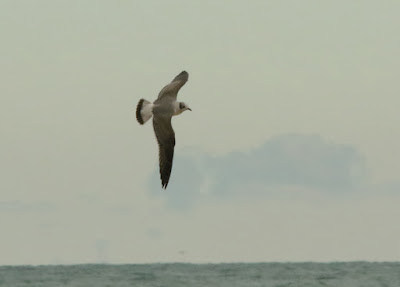 Finally a more a pic more appropriate for Halloween, a Snow Bunting. 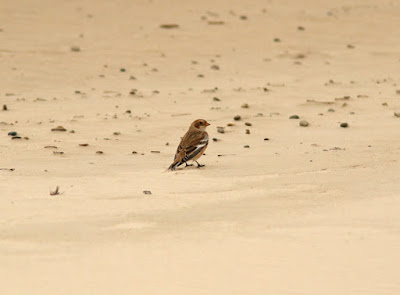 If this herald of winter doesn't frighten you, I don't know what will
Posted by Matt at 4:54 PM

Hi Matt, your photo of the flying Avocets is terrific. The water, the waves, the light and the birds all sort of the same color. Really nice.