I spent some time about a week ago watching this merlin at Tiscornia. 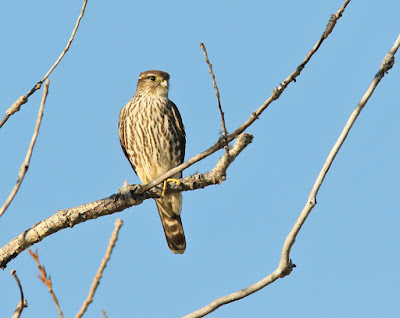 He was pretty hungry.  I watched it eat a warbler, and then fly out over the lake before returning with a Golden-crowned Kinglet.  It then caught a Ruby-crowned right along the pier which it devoured as well. 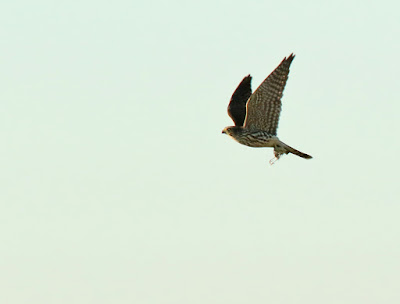 I watched the gulls knock down a few Brown Creepers over the lake; this one made it through though. 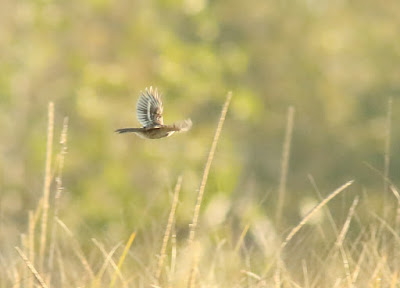 This Ring-billed Gull decided since it could catch passerines over the water, that a longspur on the beach (in New Buffalo) was fair game. 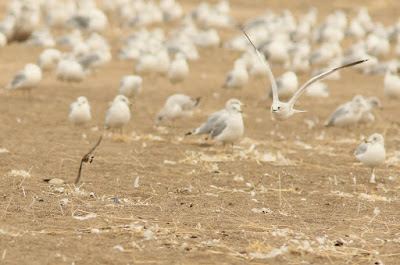 It's the only one chasing it for a reason.

Merlins chase each other for no apparent reason. 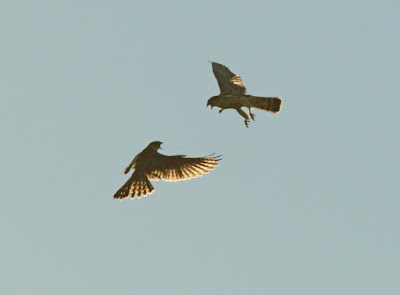 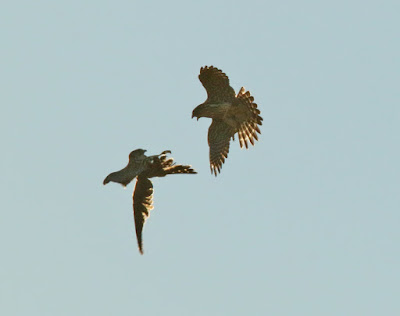 Their prey, not so much.  This Lincoln's Sparrow stayed tight to the cover. 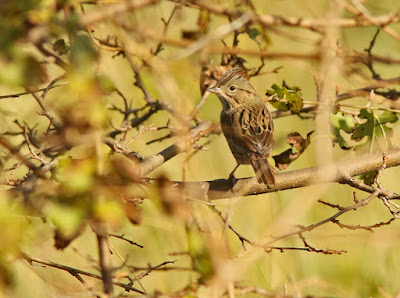 As did 2 Cape May Warblers, this is the brighter of the two 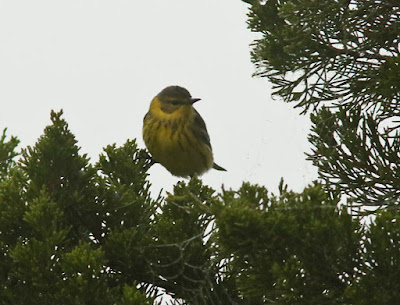 Blackpoll is a lot more common in fall than spring. 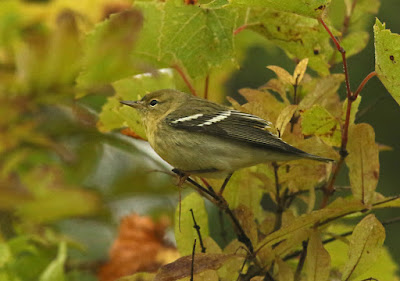 Lastly a gratuitous moon pic that I never got up while my computer was down.  It's in the aftermath of the eclipse last month.  I missed the actual eclipse due to work, but I took a pic when I got home as there can still be pretty fun skies at 4am. 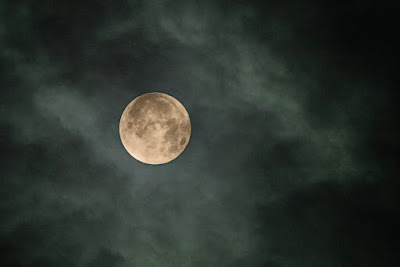