I had a Clay-colored Sparrow at Tiscornia about a week ago. 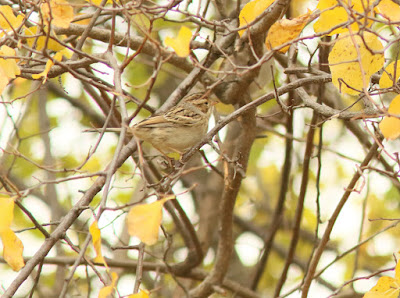 The very pale ground color of the face sets off the markings around the ear patch and contrast nicely with the pale gray collar. 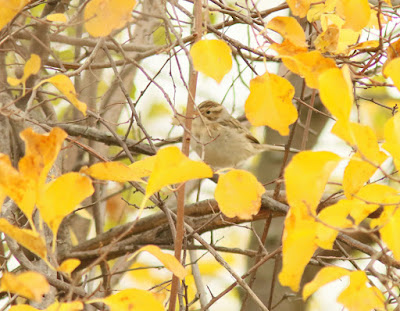 Clay-colored has a stronger mark along the base of the auricular (ear patch) along the edge of the malar than Chipping. 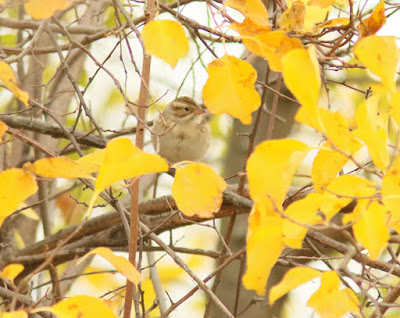 There was a young Chipping Sparrow in the same group. 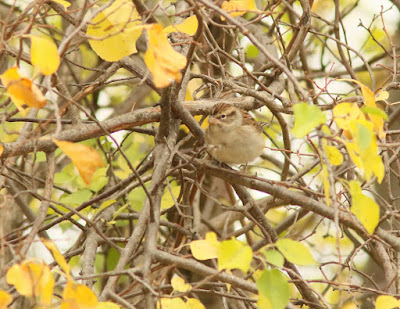 The Chipping has a darker ground color to the face without the paler supercilium and midline crown stripe of the Clay-colored.  You can see it really lacks the streak between the auricular and the malar as well.

I can't seem to write about passerines at Tiscornia without a merlin pic. 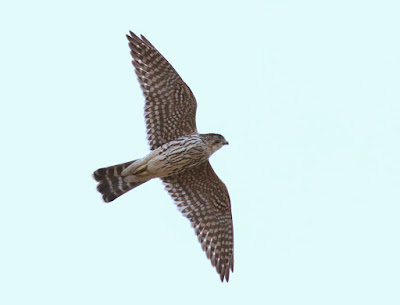 This was one of the nicer flight shots I've had of one at close range.
Posted by Matt at 6:18 PM