Short-eared Owl is one of several (ok probably more like 20 or so) uncommon but regular birds I've missed this year.  I don't think I've ever seen one in Berrien away from the lakefront or a quality winter field.  So I was quite surprised when one flew over the road and landed at the edge of the subdivision along Momany after leaving Tiscornia.

Cars make for good blinds; I don't think I've ever been this close to a perched Short-eared before. 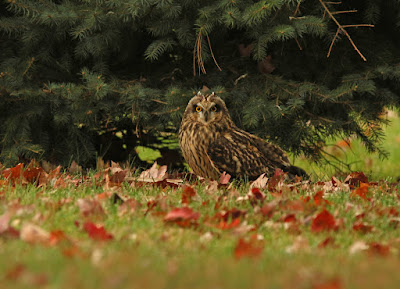 The car can only hide so much though, those amber eyes are clearly seeking one's very soul.

But the owl couldn't hide from the crows, which it tracked pretty actively. 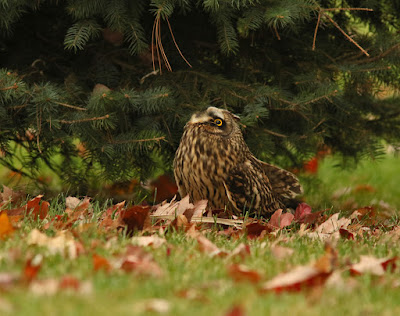 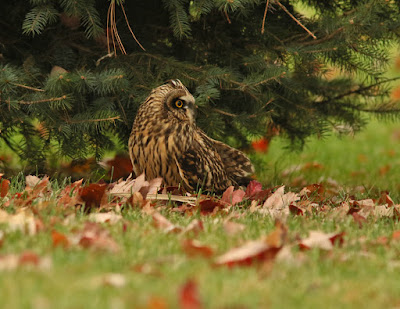 And pretty rapidly flew off, escorted closely by them. (Unfortunately those pics are super blurred as I was shooting pretty slow shutter speeds in the low light.  I was pretty lucky to get this next pic panning along with the bird). 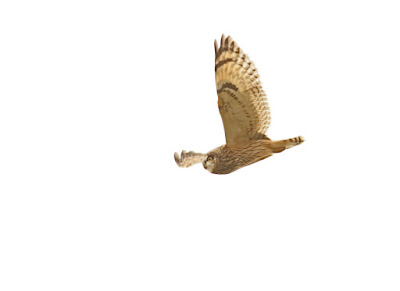 The owl is pretty heavily marked making it a female.  Here's old flight pics of a Short-eared Owl, one of my favorite pics.
Posted by Matt at 11:08 PM