The kids' favorite animal of the whole trip to South Dakota were the prairie dogs.  They named this one Grassy. 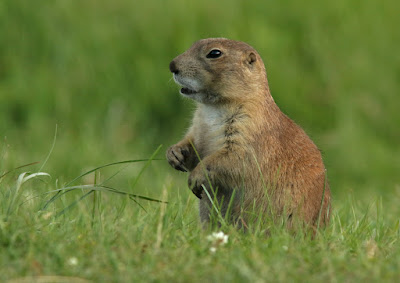 Ginger and I suggested Skillet or Pancake.  I didn't point out the flattened one a little ways up the road.

This fat bastage was christened Pipsqueak. 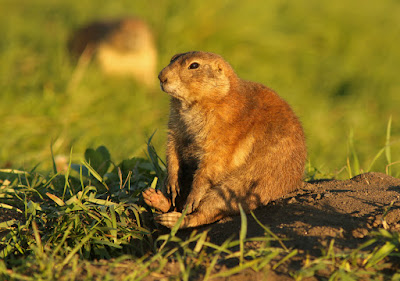 Apparently sitting on your ass in the sun is tiring. 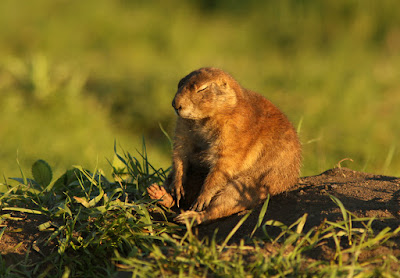 My kingdom for a golden eagle right about now.

I'm not sure if these ones got named. 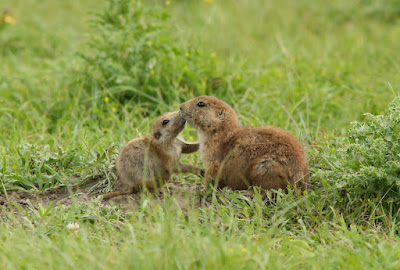 Prairie dogs are apparently a keystone species, they keep mesquite and brushy stuff from taking over the grasslands.  I was hoping to see some of the higher on the foodchain associated species like Burrowing Owl or Black-footed Ferret but no such luck, closest I could come was this (I'm guessing Thirteen-lined) ground-squirrel 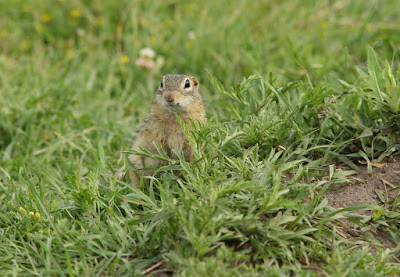 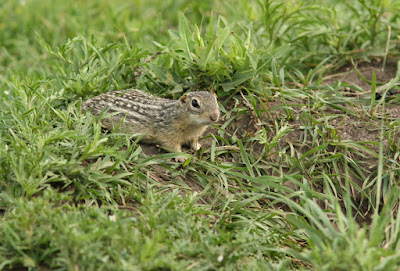