Turn of the seasons Turnstone

Cool weather makes it feel very fall-like, and there've been a few spurts of migration.  A couple days ago there were a nice push of blue-winged teal along with some various terns and large shorebirds at Tiscornia, though they were generally too far out for decent pics.  There have been some turnstones hanging out in various places, a bird that is fairly sporadic in occurrence year-to-year.  Some years there are barely any, this appears to be a year where they will be more common.

The bold patterns make more sense when it allows this young bird to disappear into a contrasty bed of zebra mussels. 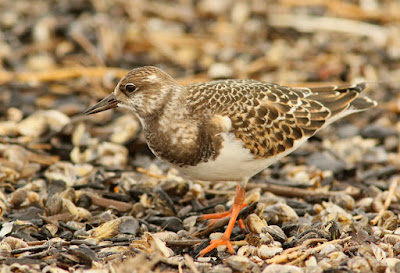 The bird would isolate a mussel (presumably one partially open still with the mussel inside), 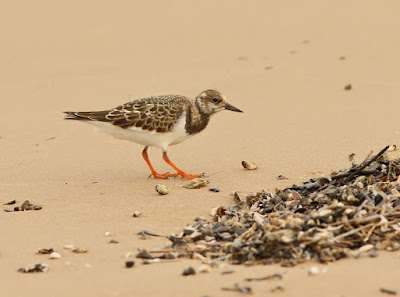 until it extracted its goal 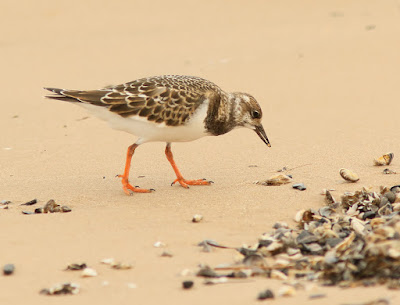 A zoom in of another success 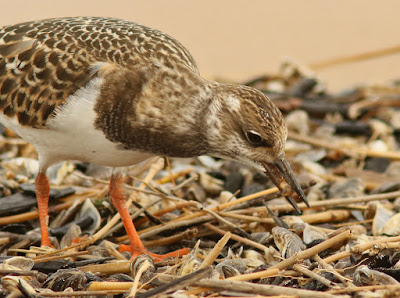 I don't have a lot of decent flight shots of turnstones, it's something that hopefully I can work on this fall 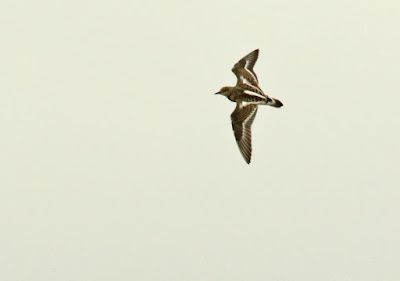 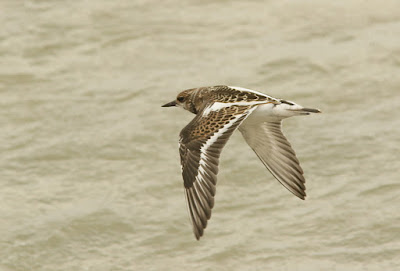 I did a quick search on Ruddy Turnstone on SORA, apparently at times they'll eat eggs if abandoned or at least unattended, there's also a couple (snoozefest of) papers about how flock size is somewhat determined by the interplay of food availability.  Lots of food will attract more birds allowing predator vigilance to be spread over more birds until there's enough competition and squabbles amongst the birds that foraging decreases.  Adults are a lot more aggressive than first year birds (at least among same species flocks), though this one had at least one semi-aggressive action towards a sanderling.  Those two papers are here and here if anyone needs help sleeping.
Posted by Matt at 4:27 AM