With the high lake levels and subsequent beach loss at Tiscornia, there's been a lot less opportunity for shorebirds there.  Last year I somehow missed Baird's and, not as surprisingly, Buff-breasted Sandpiper as well.  So I left a shorebird-less Tiscornia fairly quickly when word of a Buff-breast came, at the old Black Rail Field.

I've been in Niles less often the last couple months and so haven't passed by this field very much and didn't realize there's some reasonable habitat there.  After scanning over a series of mourning doves, the bird popped into my bins. 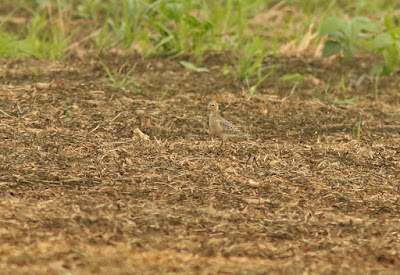 It was fairly distant and I spent some time trying to digi-scope it, but heat waves led to limited success.  I think it's an adult based on the width of the buffiness of the scapulars and wing coverts going off Sibley. 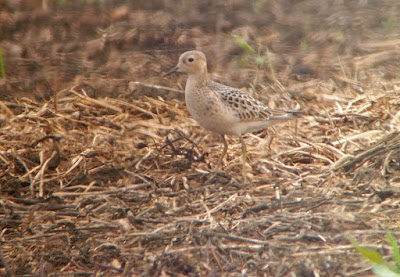 The bird took flight with a pectoral once, flashing its white underwings as it landed. 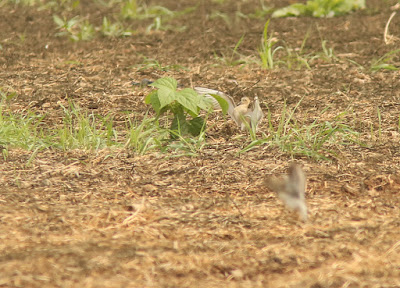 A record pic of the 2 Baird's. 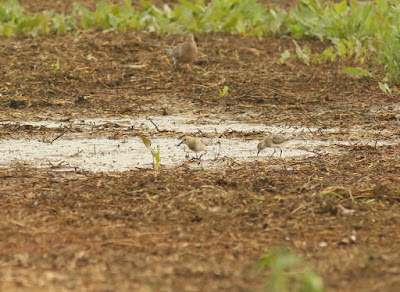 I've had Baird's in this field before (and golden plover in the field on the opposite side of the road), but I think this is the first time I've had Buff-breasted in Royalton Twp.﻿
Posted by Matt at 10:14 AM