Except of the knot(s).  Those ones are terrible.

I walked Tiscornia to Jean Klock and back this morning ... and had no shorebirds of any kind.  I had more time than expectations however and so I walked Silver to Lions ... this worked out much better.  I totally missed a Piping Plover hunched down in the dry sand until it flushed quite close.  I staked out some little flooded spots on the beach and hunkered down to see if it would work its way back.  Aided by some beach walkers, it did. 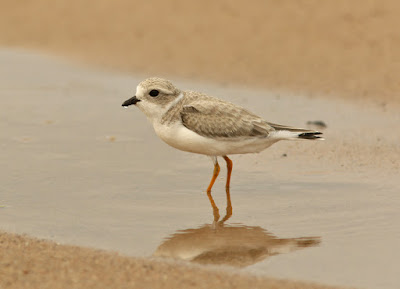 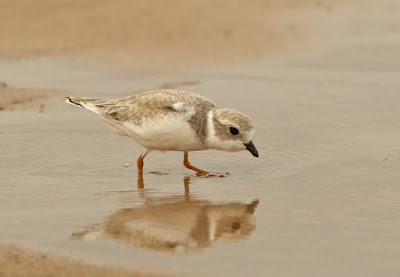 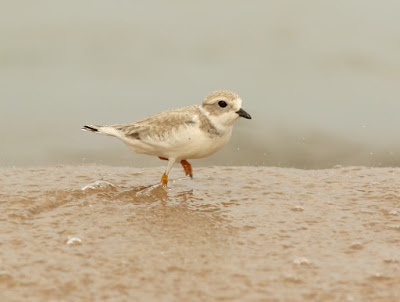 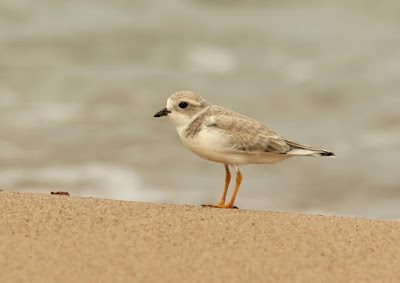 This bird hatched from a nest that escaped detection since it's unbanded.

The other shorebirds worked their way past as well.  This adult Sanderling was still in fairly bright plumage 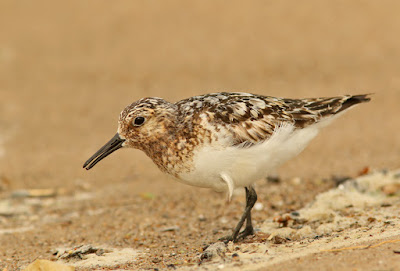 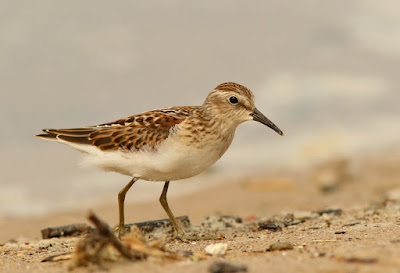 While I was photographing the Least a large long-winged calidrid whipped past.  The white rump and plain grayish tail gave the bird away as a Red Knot. 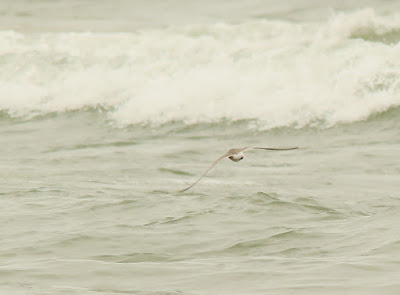 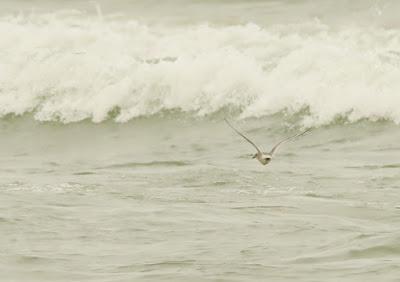 The tip of the feet are darker than the tail is. 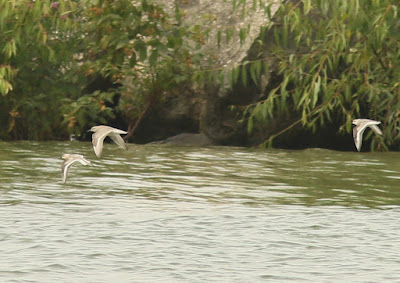 The lead bird is a Semi Sandpiper and the trail bird a Sanderling.  I tried phone-scoping it with limited success.  It was pretty distant. 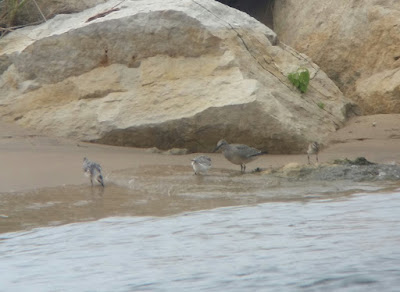 This is only the 4th time I've had Red Knot in the county.
Posted by Matt at 6:10 PM