Our trip focused on mid-elevations, and tanagers have their greatest diversity at this level.  We drove out from Rancho to a roadside up Silent Mountain mainly with these birds in mind.

The first flock of dark birds worked through very rapidly, before half the group was even out of the bus.  Given that there were probably 20-30 of them my first thought was that they were grassquits and the Tawny-crested Tanagers were past before anyone had a decent look.  An Emerald and a Black-and-yellow trailed behind them though.  The Black-and-yellow was quite reminiscent of a Prothonotary Warbler 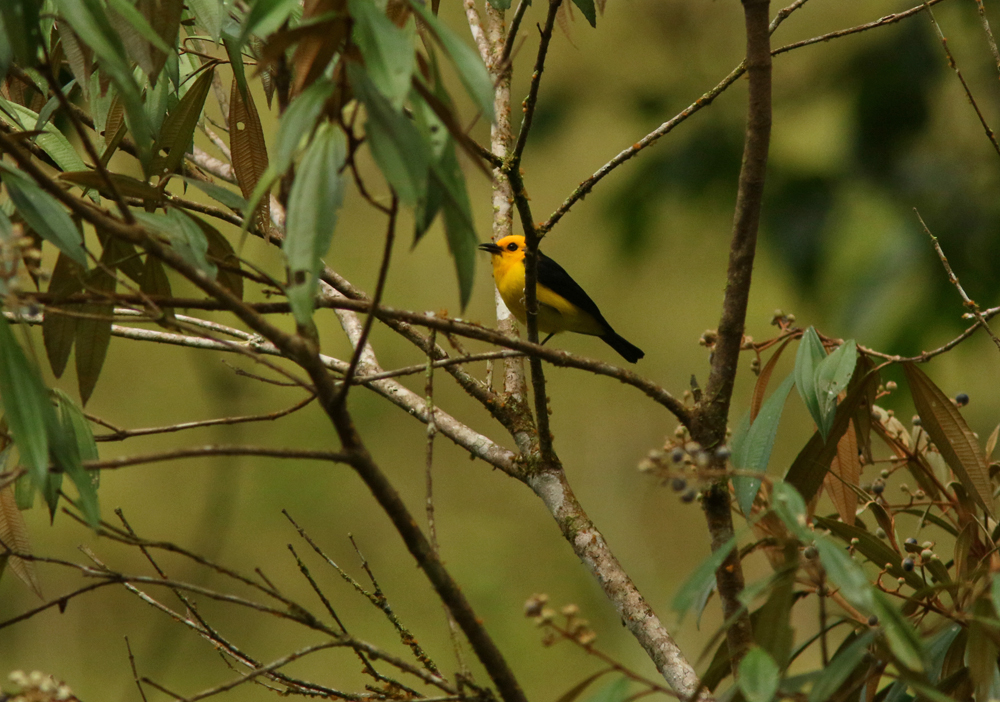 There aren't many birds more tropical in appearance than an Emerald Tanager.  It's fairly remarkable how closely these gaudy birds mimic the foliage colors. 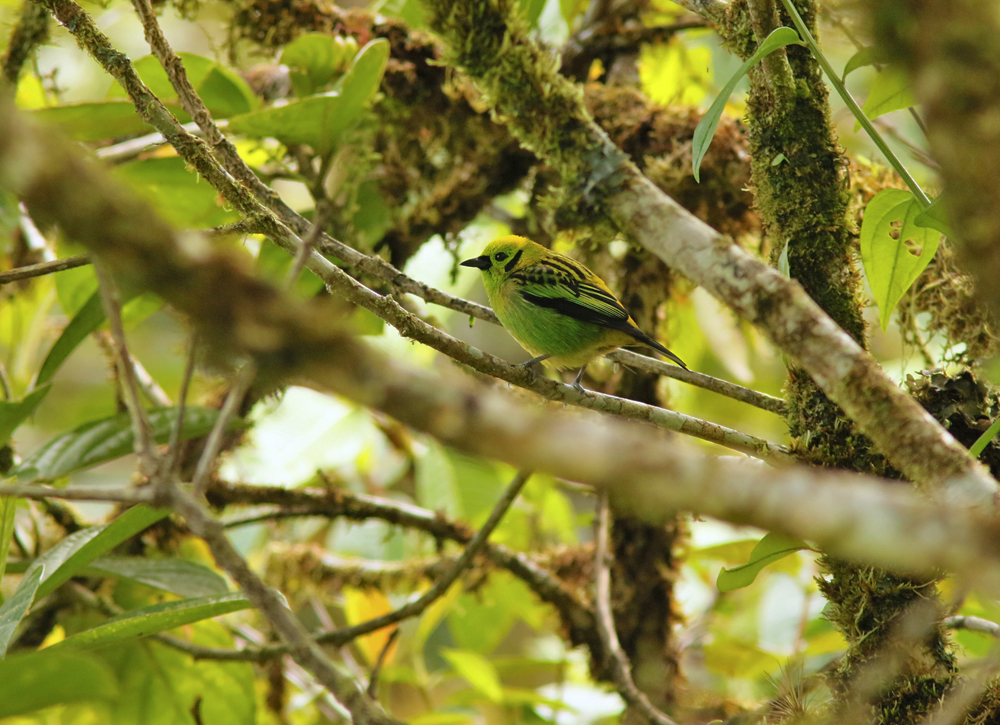 We worked our way up the road finding elaenias, Cinnamon Becard, and a Green Kingfisher 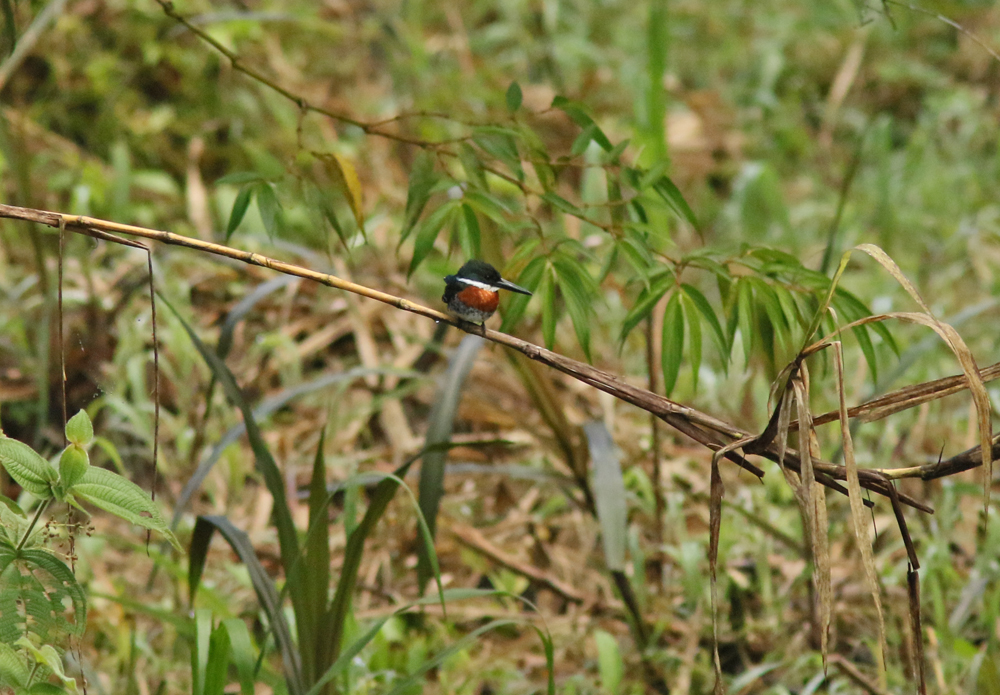 About halfway up we got back into some activity in the shady ravine over the creek; the Tawny-crests were back.  They worked through just as fast as they did the first time. 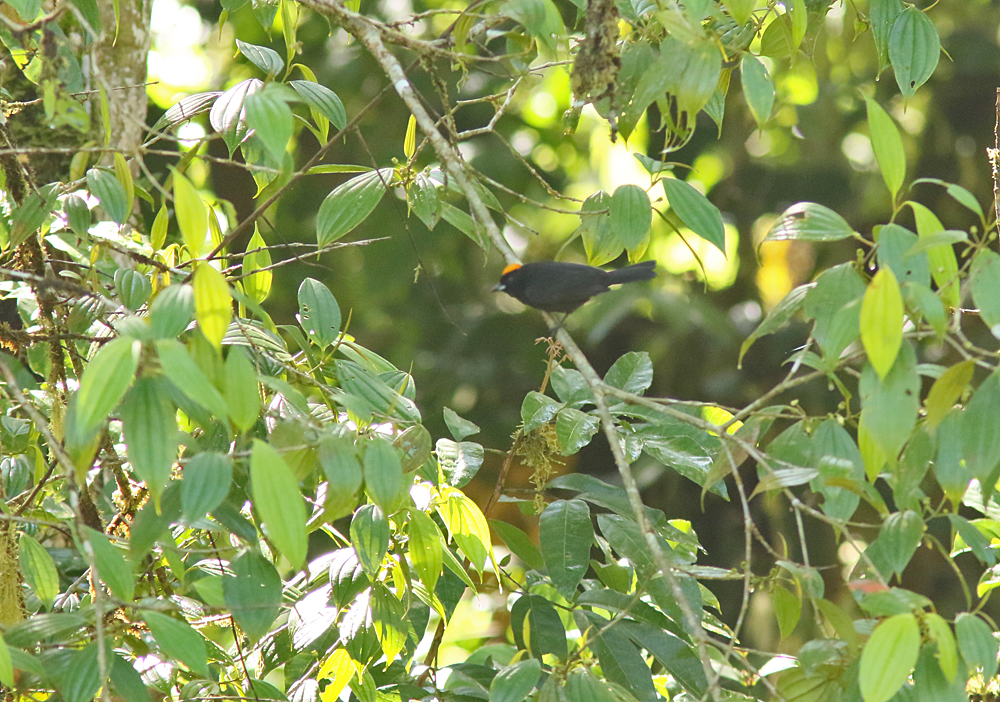 Some of the group had decent looks at a male White-ruffed Manakin that I saw only in flight and a White-shouldered Tanager teed up and then flew past showing his white shoulders well.  Activity slowed in the upper part of the trail but on the way back down a Summer Tanager and then a small group of Black-and-Yellows re-appeared. 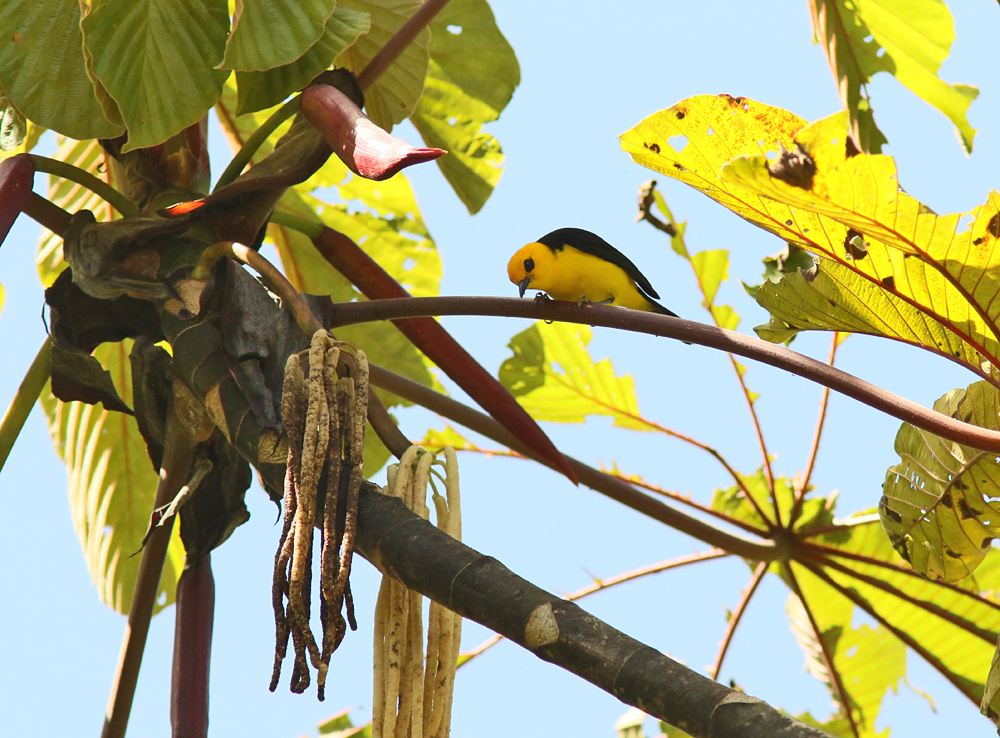 Some classification systems include the Euphonias as tanagers as well.  Tawny-crested is fairly common at mid-elevations 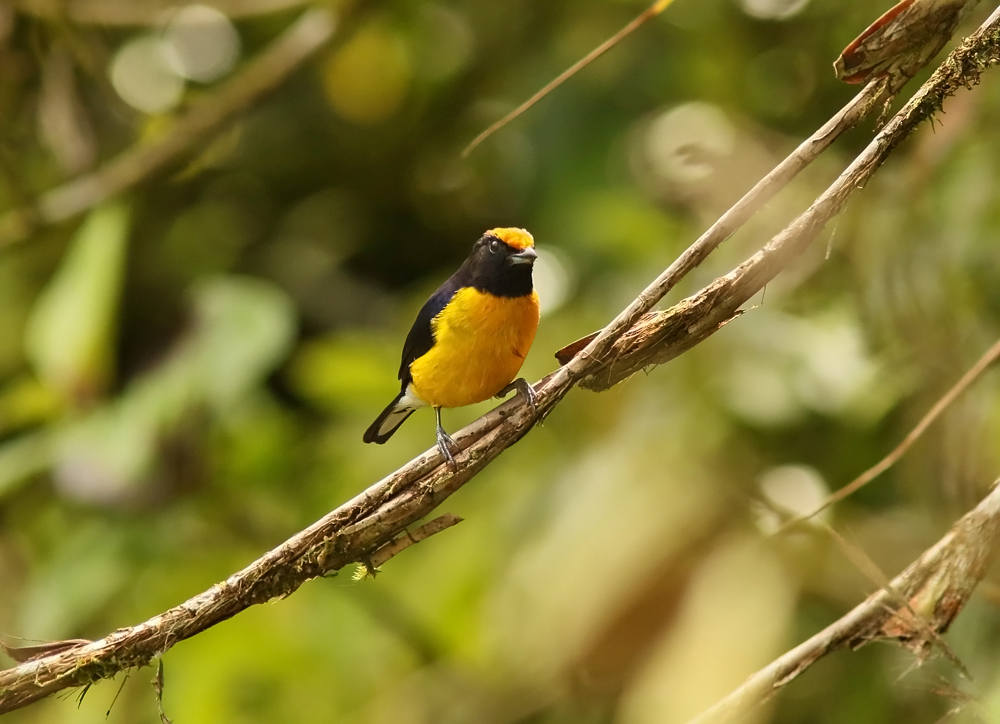 The orangey-cap make them an easier ID than the more generic euphonias such as this Yellow-throated. 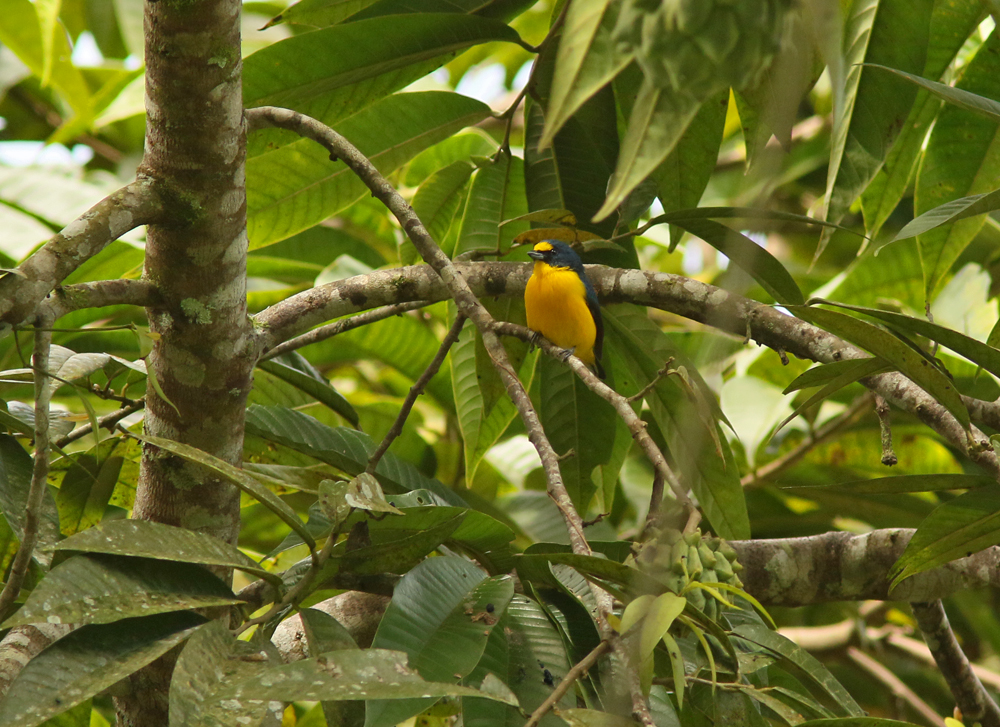 We had distant views of Golden-hooded Tanager as well as much closer ones of this Tropical Parula (warbler). 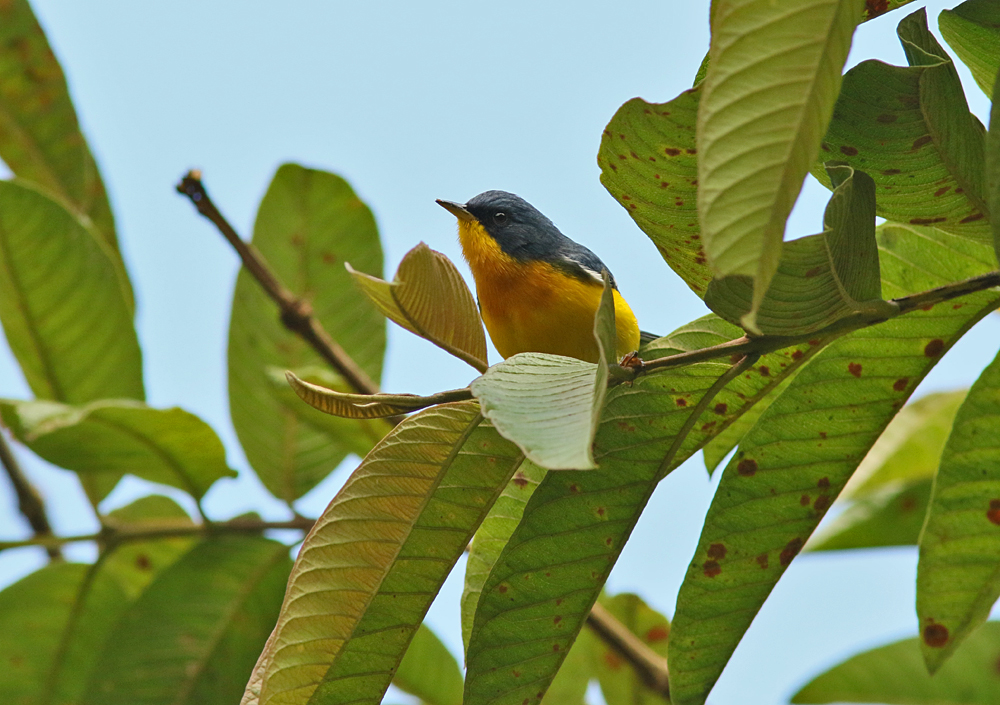 Bay-headed Tanagers also put in appearances, definitely my most prolonged view of this unique aqua, green, and brick colored bird. 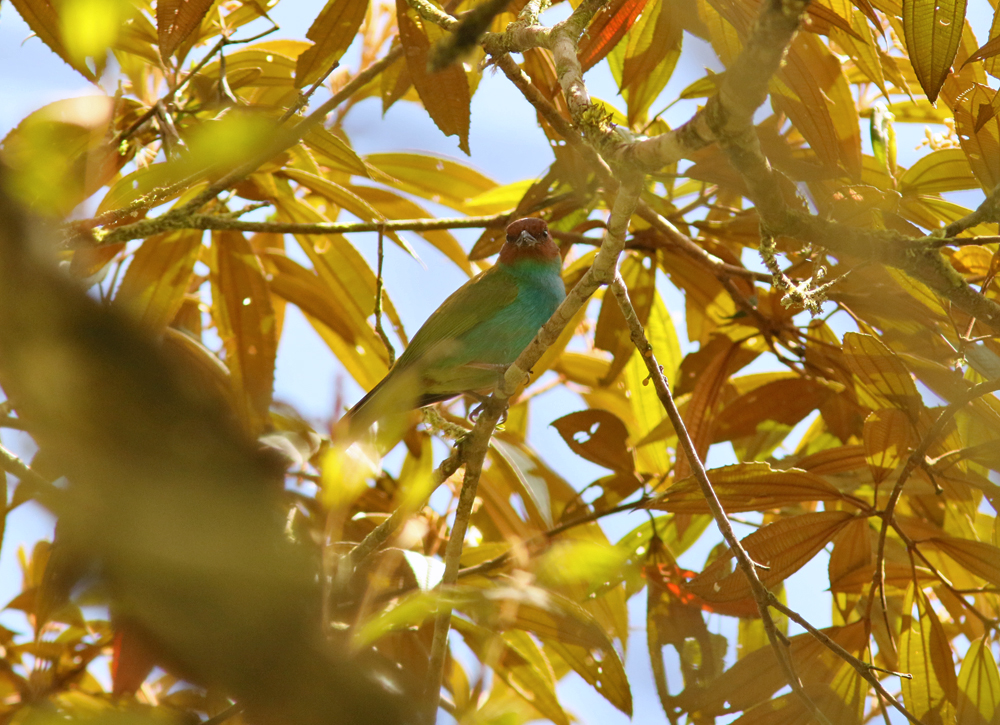 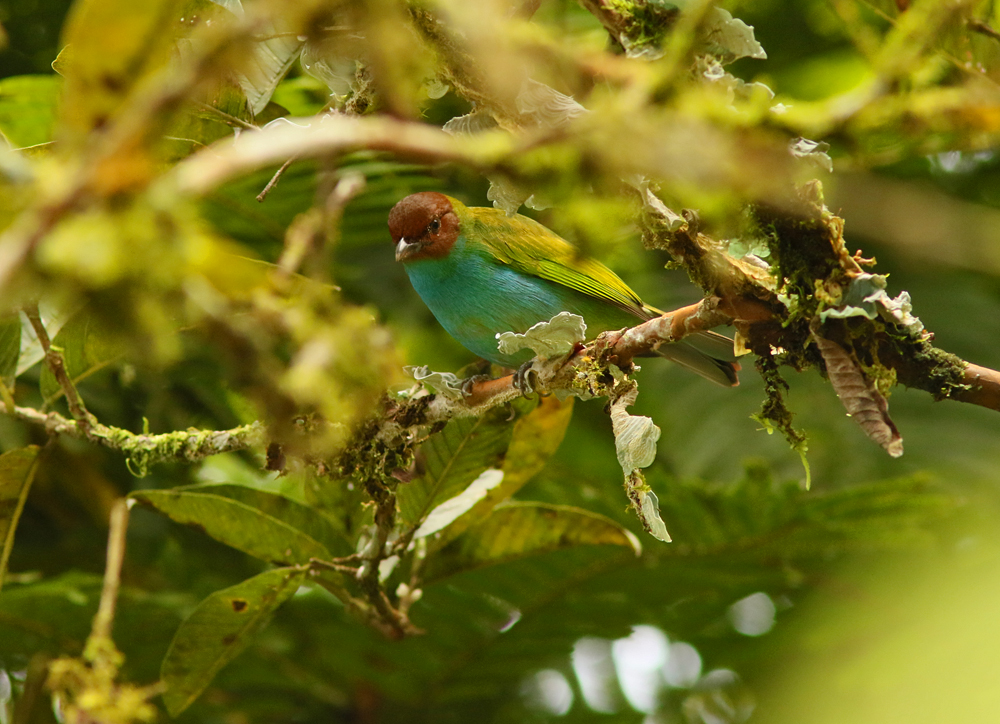 We were mere yards from the van when Vernon spotted the final target of the walk, Speckled Tanager 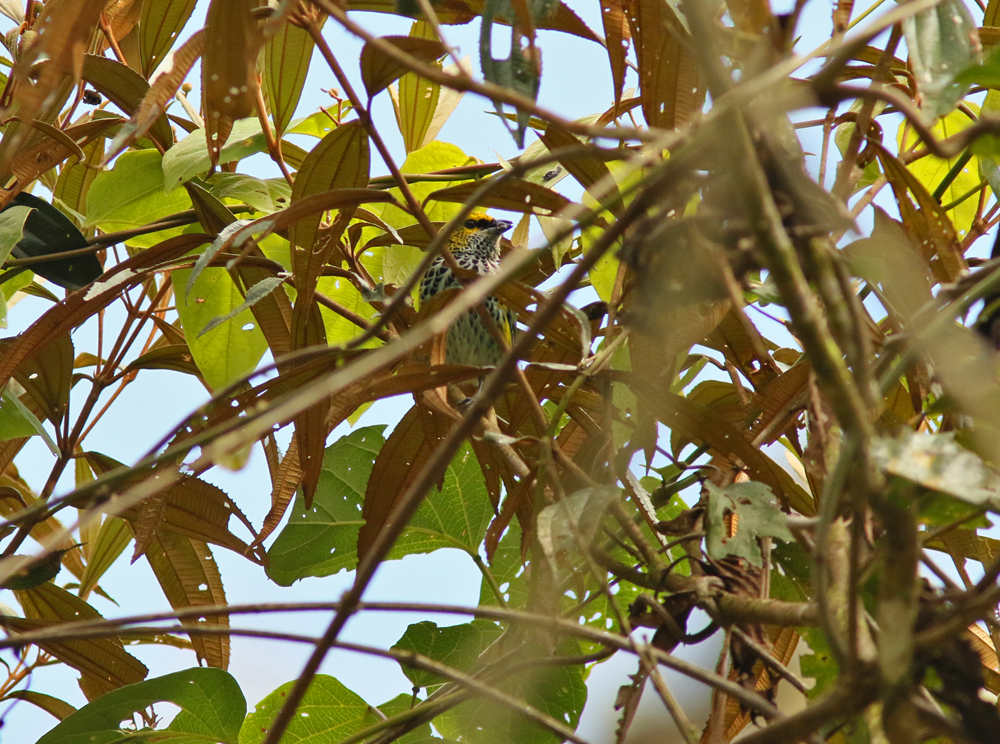 Finally one of a few Barred Hawks that were soaring on thermals over the valley. 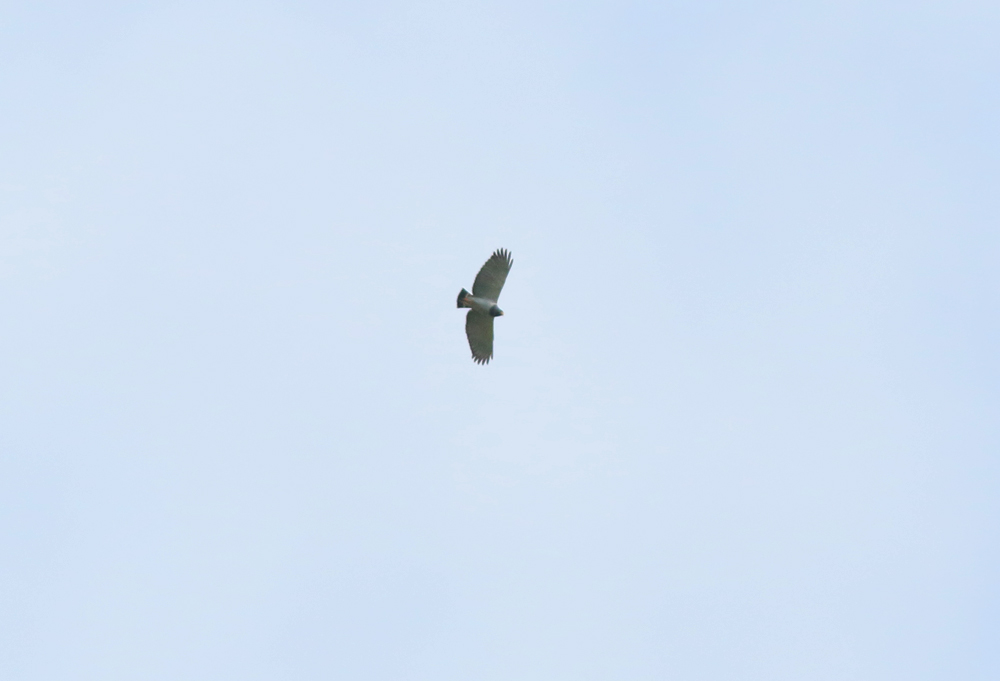