Our final stop in the week's trip was a couple days at Rancho Naturalista.  We started our first morning well before dawn with a couple hours (that went remarkably fast) birding the bug lights.  The bug lights were some lights that shined upon a bed sheet hung up under a pavilion designed to attract moths.  Some of the birds of the forest interior will leave their dark haunts to come out into the open and hunt the insects.  Vernon's flashlight made them identifiable.

Two woodcreepers started the show.  This is Plain-brown Woodcreeper.  The dark malar is probably their most distinctive mark. 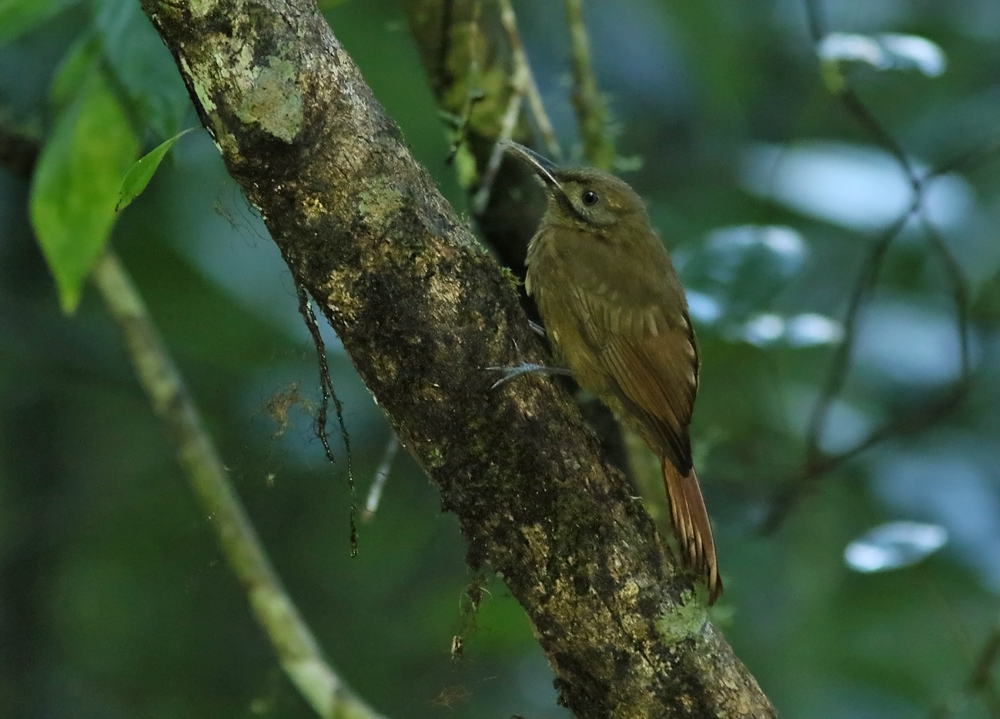 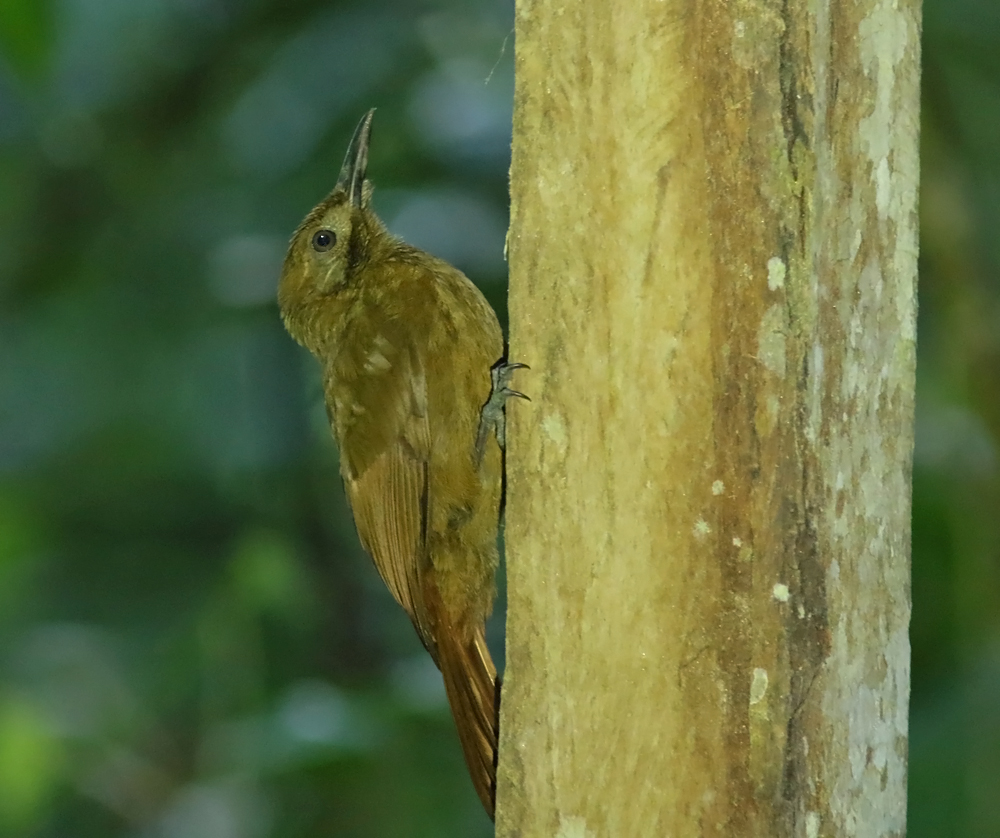 While I'd seen Plain-brown once before, Spotted Woodcreeper was new.  It was larger than I expected and somewhat shier than its cousin. 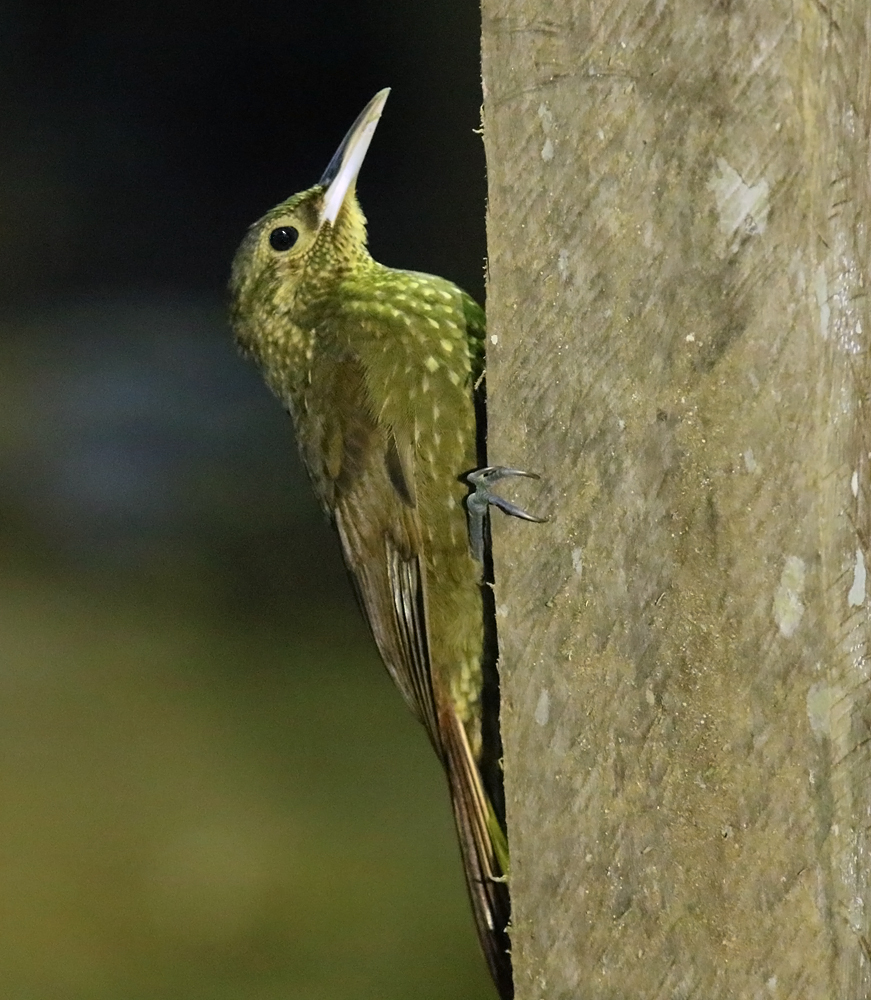 I'd seen Buff-throated Foliage-gleaner once before, but these were definitely my best pics of one even if there's definitely still room for improvement. 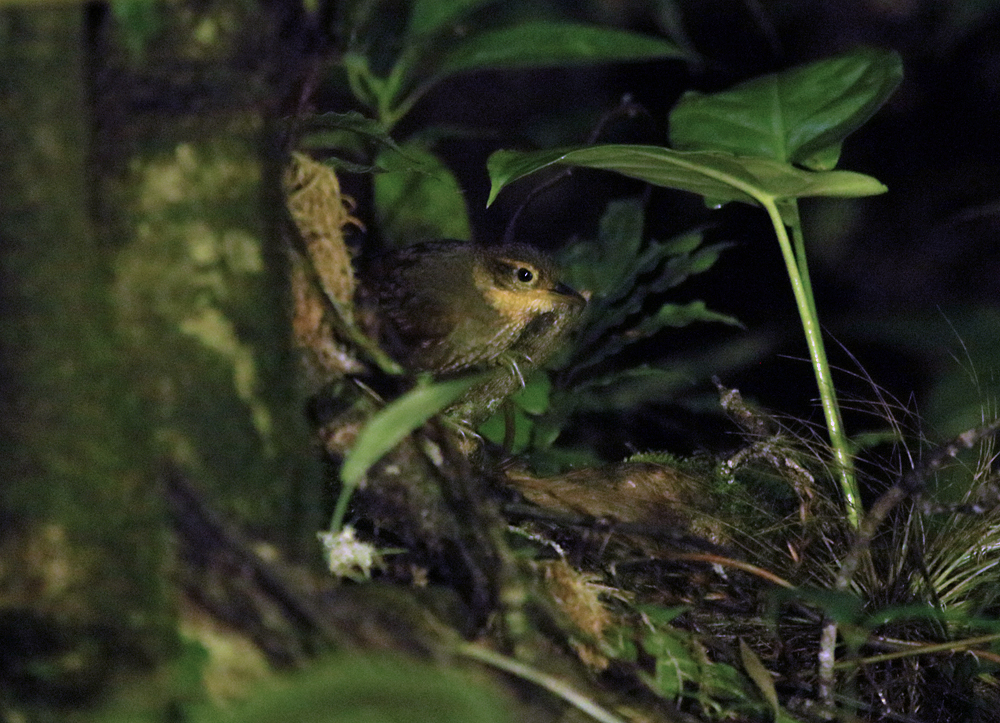 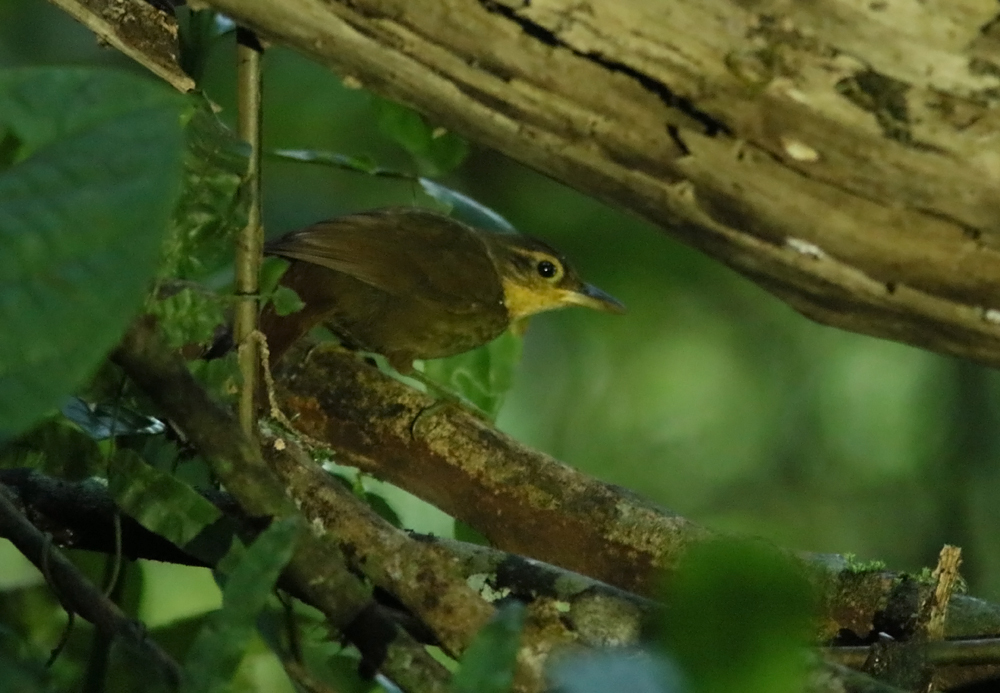 This isn't the first time I've seen Golden-crowned Warbler with flashlights (we'd birded some street lights along the main path in Arenal 2 years ago). 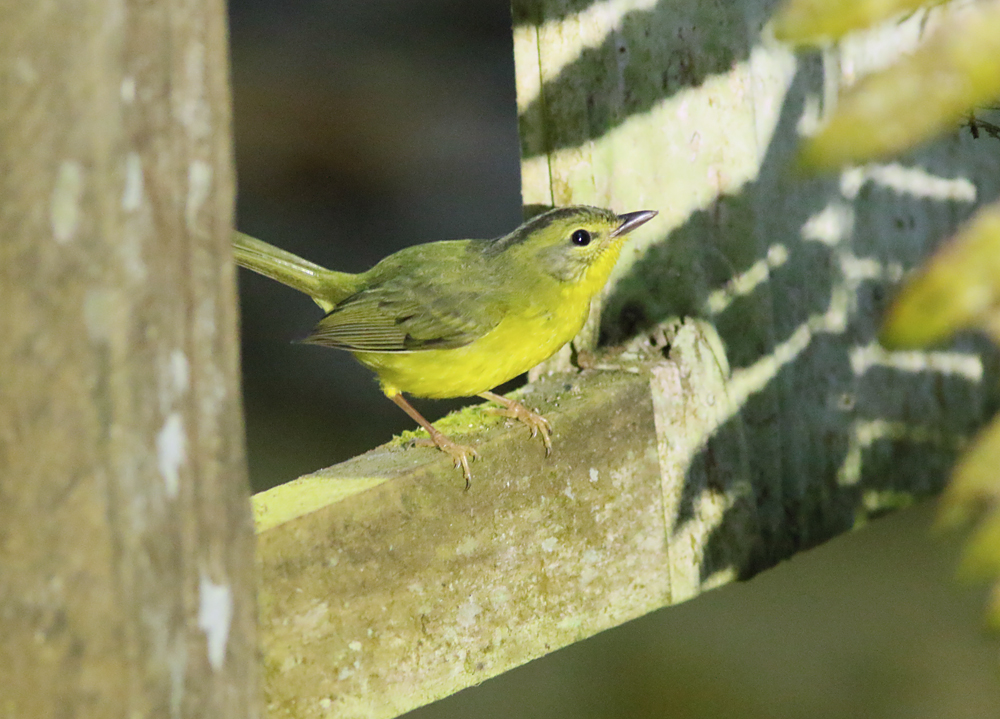 It'd be fun to try this strategy in North America.  You don't usually see Kentuckies this well. 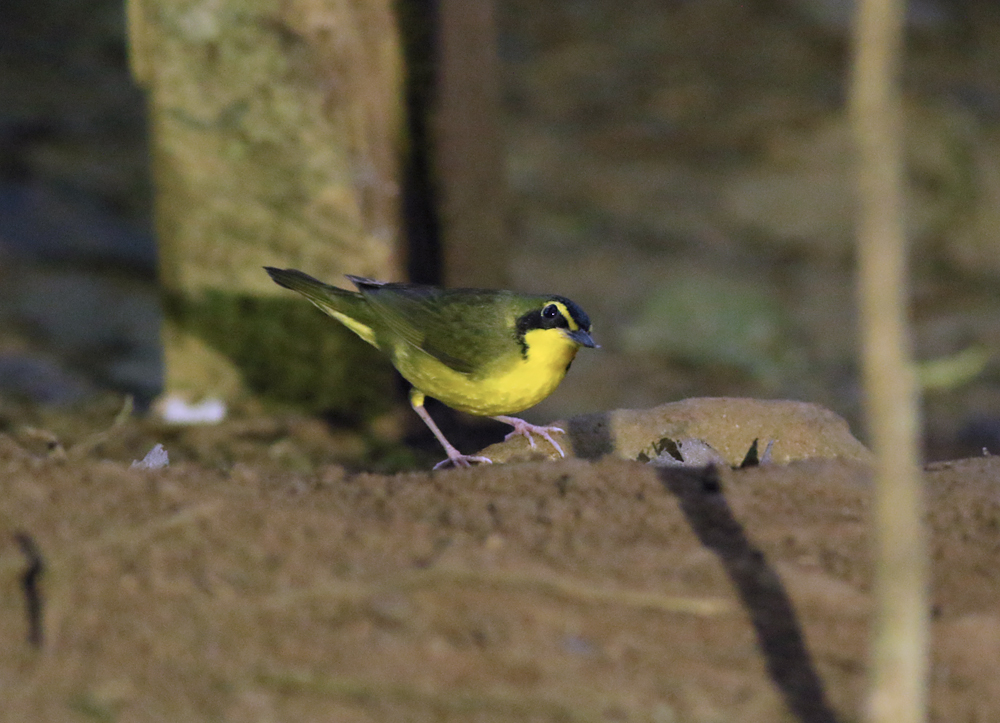 Given that insects were the quarry it shouldn't be surprising that some flycatchers were represented, first Dusky-capped, 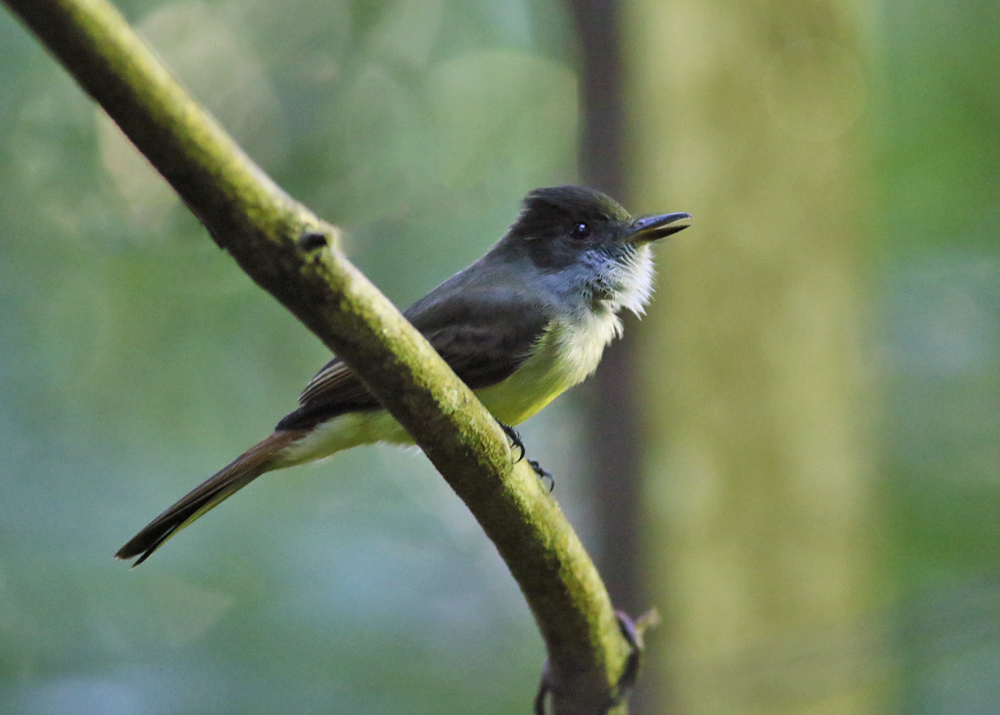 the ever excitable Bright-rumped Attila, 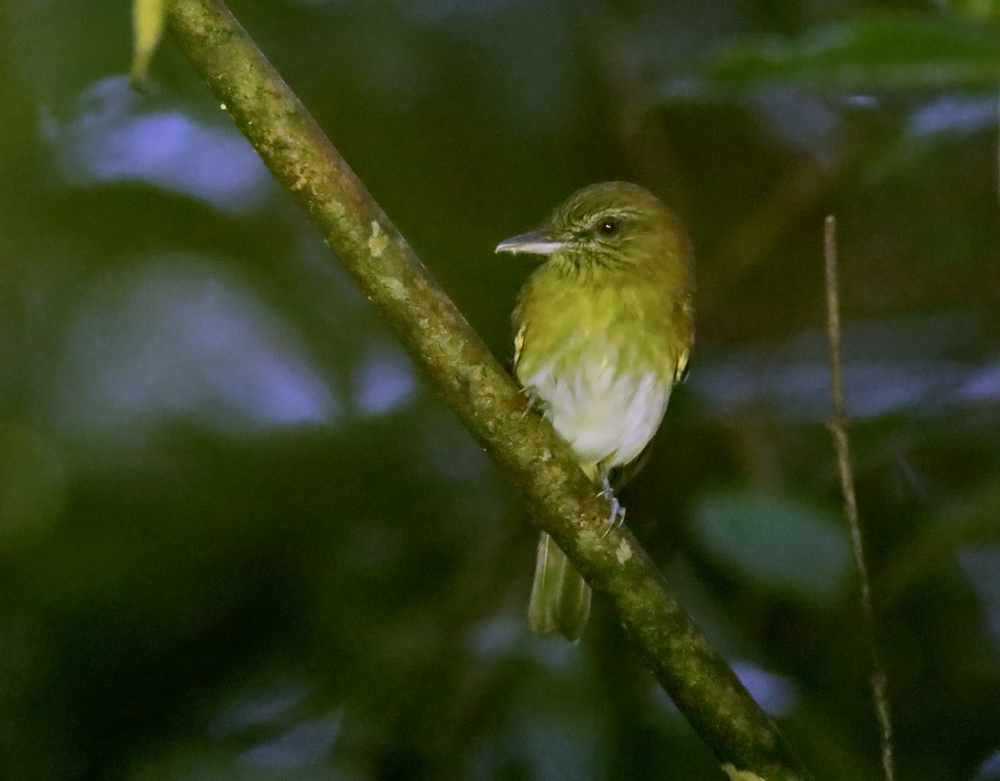 and the very local Tawny-chested Flycatcher, a bird seen perhaps more easily at Rancho than anywhere else in the world.... 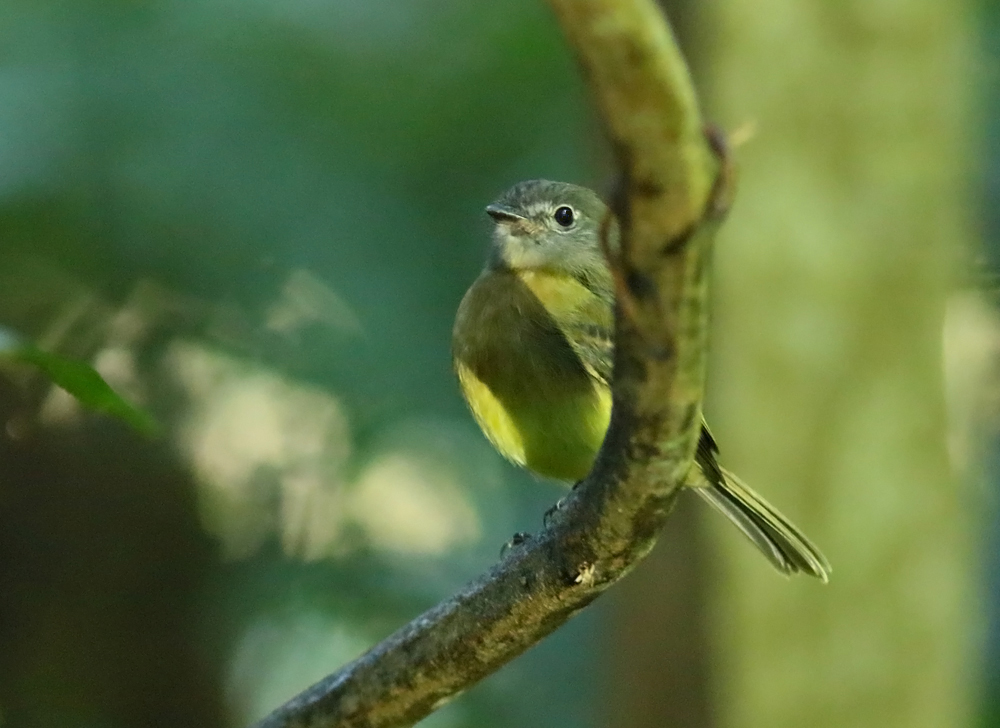 We heard White-breasted Wood-wren a few times on the trip.  Our best views were here though. 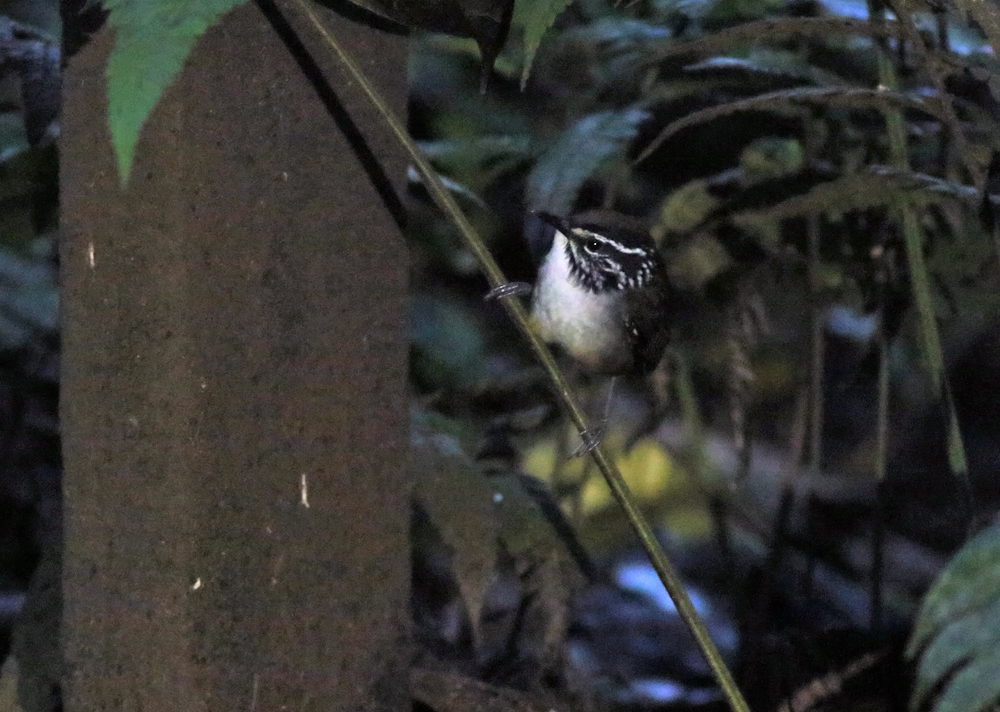 Finally Red-throated Ant-tanager, a bird that was actually fairly common in the forest at Rancho, 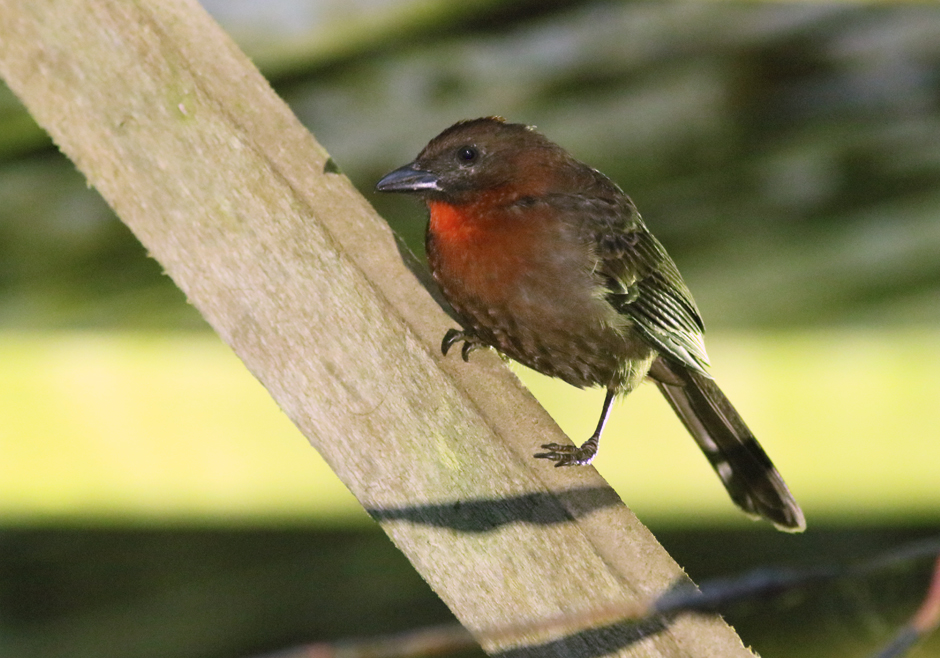 and Orange-billed Sparrow, another underbrush skulker. 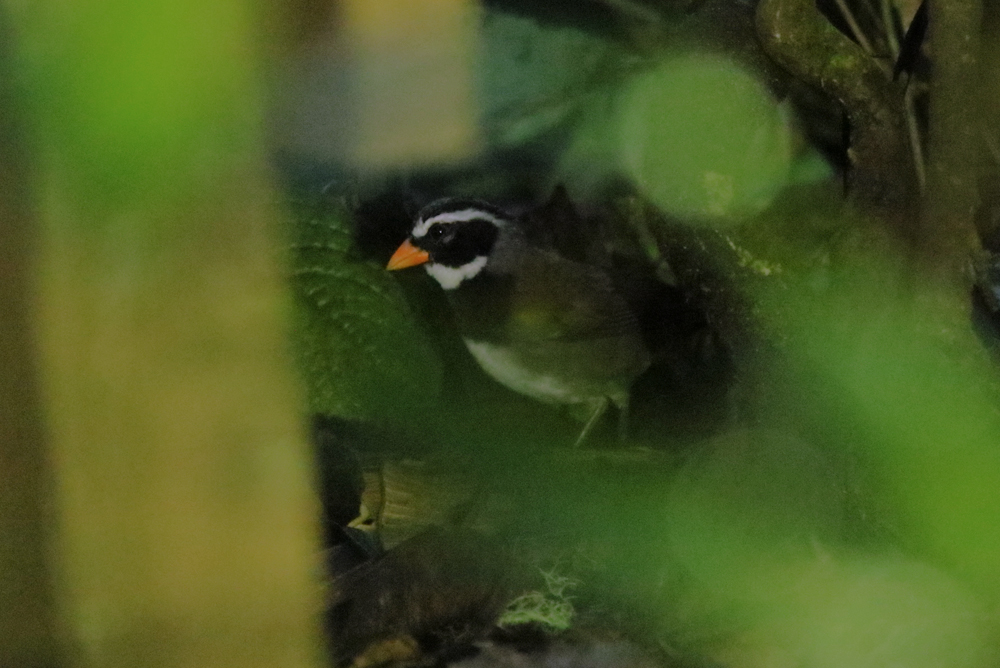