Purple isn't a color you find in nature a lot aside from flowers.  Crowned Wood-nymph is an exception to that pattern. 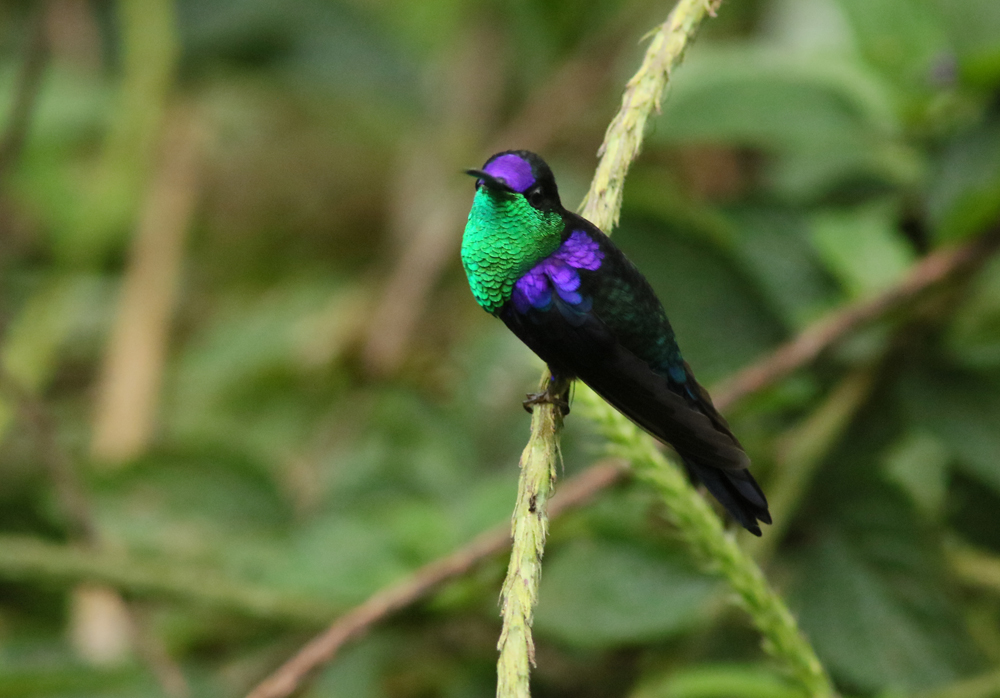 At dusk of our first evening at Rancho the Wood-nymphs actually outnumbered the Jacobins that would dominate the feeders during the day.  They were a lot less common during the day.  With another day or so I might have been able to get some flight shots, but the perched ones will have to do for now. 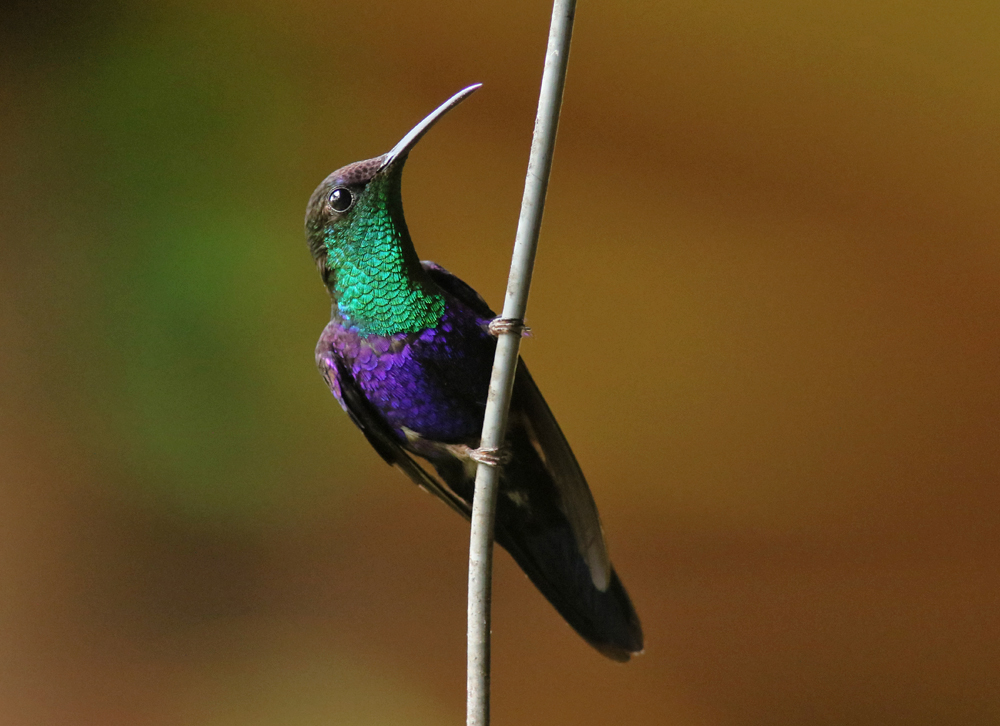 Violet Sabrewing was the other purple hummingbird at Rancho.  I believe they're the largest hummingbird in CR (though Long-tailed Hermit probably is longer). 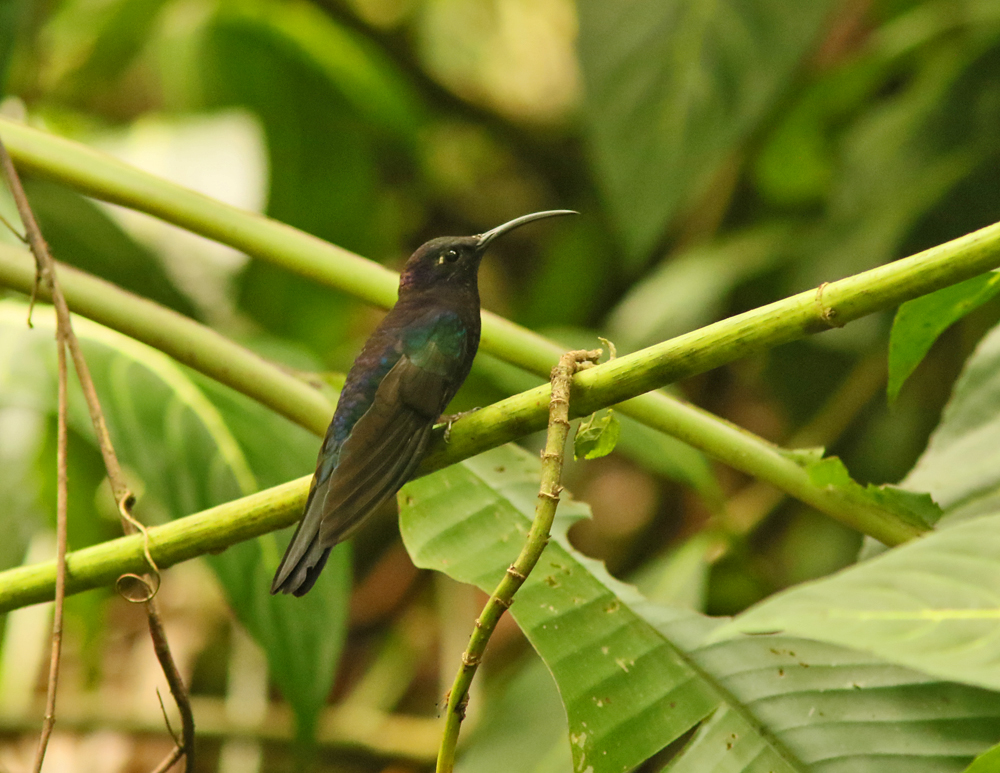 These large hummers weren't super common at the feeders and seemed to avoid the more heavily visited feeders preferring to dart in when they were unoccupied. 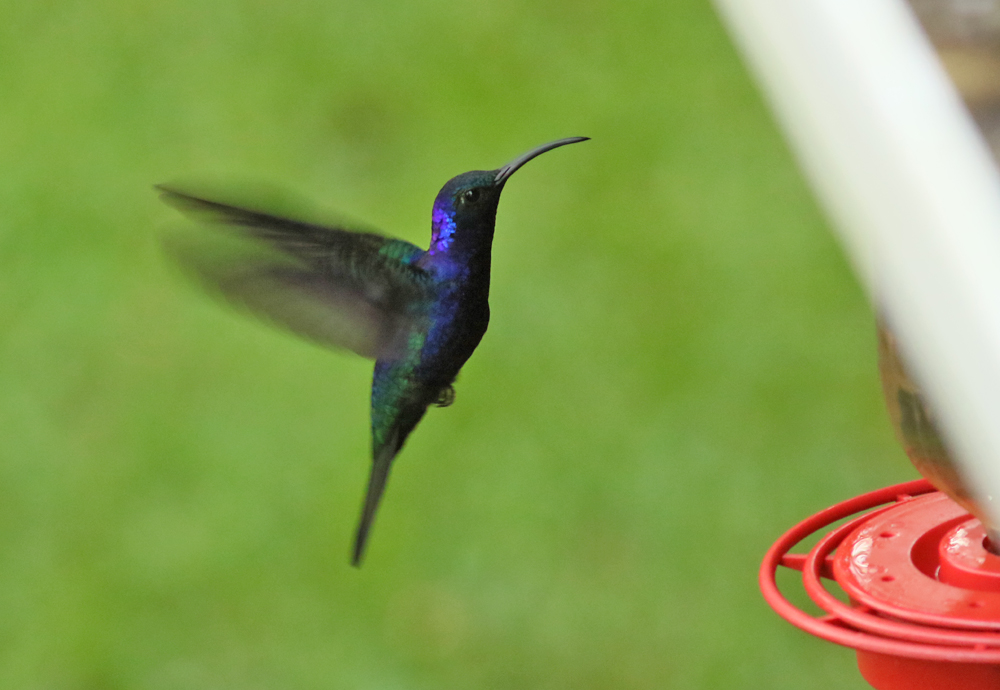 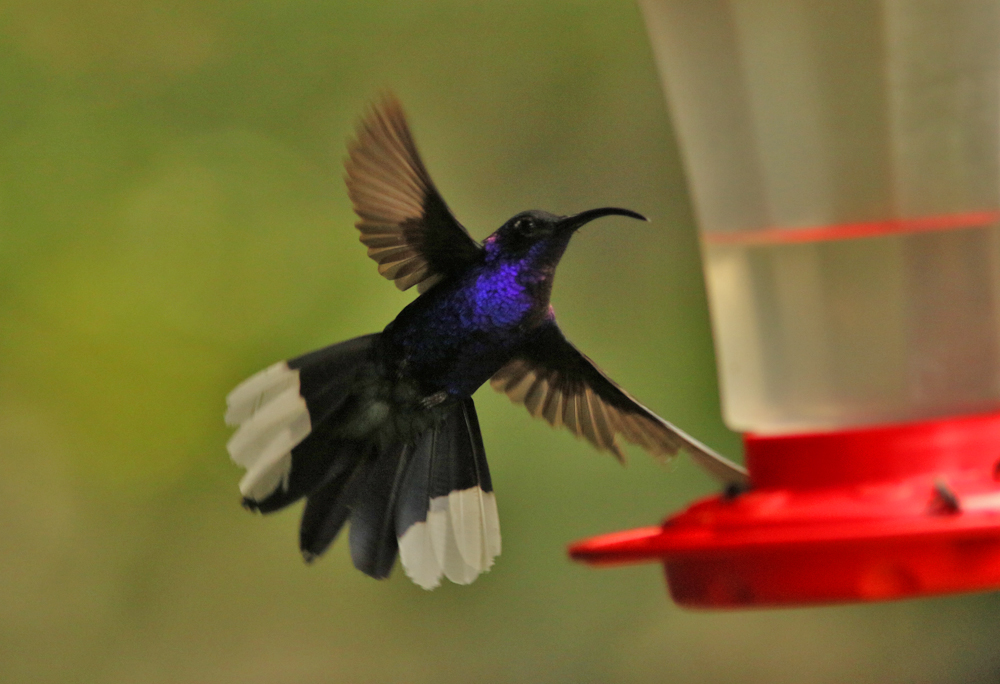