Tomorrow I can officially give up on the spring migration, though it's felt like June for at least a week and a half.  A Dickcissel invasion has certainly contributed to that feel (also day after 80 degree day).

I was actually looking more for dragonflies (probably a lot more on them in the future) on the Sarett Prairie than I was looking for birds, (hence the midday lighting) but wasn't going to ignore Dickcissels singing from immediately on top of the path. 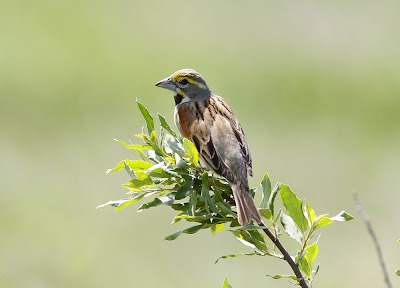 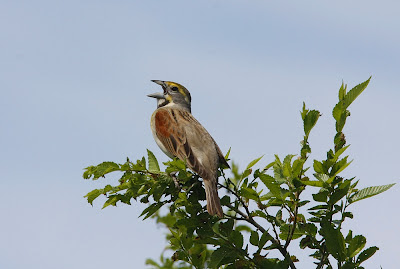 A measure of how many Dickcissels are about is how easy it's been to see females; they're perched up looking around as well (unless some are immature males). 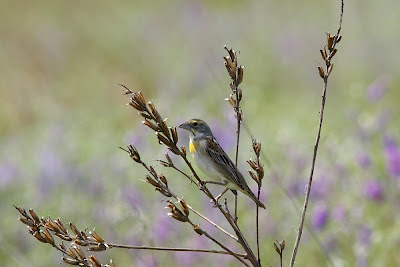 ﻿
The birds' songs are highly varied right now, usually by the time I get around to trying to record some later in the summer they've really homogenized.

Here's the right lighting to photograph a bird, nice early morning.  If I was going to be around birding this weekend I'd set up a perch for this bird that sings (inevitably from the same sign) right next to the road at Anna Lane about 2 miles from my house: 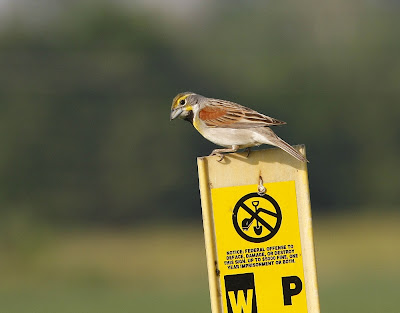 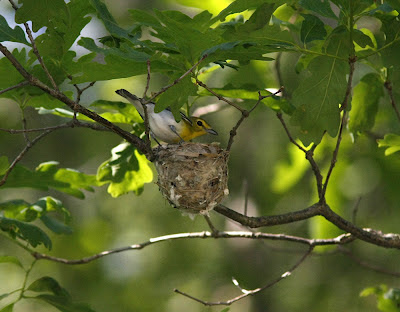