We've had all 4 Ammodramid sparrows so far this month, this Nelson's completed the slam.  The bird popped up about 15 feet off the pavement for us during Birdathon at a semi-public location.  It was gone this morning when Tim checked on it. 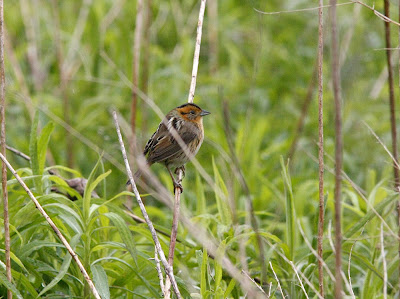 Nelson's was a fun year bird.  We had a few others in the scouting for the big day as well.

This Worm-eating Warbler was at a traditional location along the foredune off the main beach at Warren Dunes the day before Birdathon. 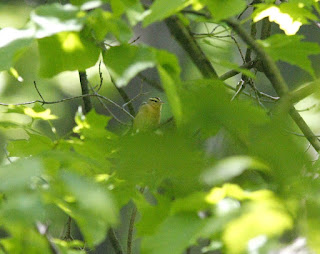 We tried for it twice the day of Birdathon and struck out both times.  My understanding is it wasn't there today either, apparently it decided not to set up on territory there.

We didn't expect this Summer Tanager to stick around, a first year bird that was at the end of the cul-de-sac softly pitty-tucking again the day before Birdathon. 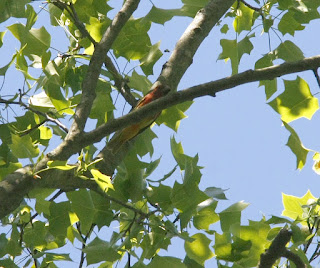 My camera was still on beach settings so I badly under-exposed the image; the red is a little screwed up by my attempts to lighten the image.  It still has a much heavier bill than any Scarlet would have though.

Finally a White-eyed Vireo that popped up in front of us during Birdathon, I think it was the first time I've ever seen a White-eyed without hearing it first. 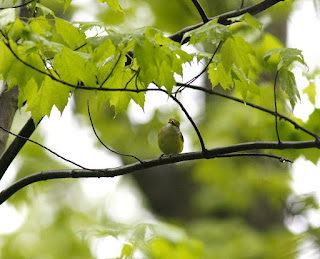 Hopefully next year we can break a string of rainy Big Days, so far we're 0 for our last 3.
Posted by Matt at 7:39 PM