If I'd been quicker on the draw with the camera this morning I might have made it a whole lot harder to ever slam the Ammos again, alas they'll remain best of four.  We're just going to ignore the big-headed largish short tailed sparrow with palish tail sides, a solidly base-colored face kind of like a Henslow's but warmer and brighter with a prominent post-auricular spot and fine streaking about the malar, across the upper breast and flanks that flushed on the way down to look at the shorebirds.  There's been some dunlin, turnstones and others hanging out at Tiscornia that have been relatively cooperative.

Dunlin were one of the first shorebirds I had a close look at.  When I was in high school once in May I would drive up to Tawas Pt State Park and a flock of about 80 birds landed on the beach and started running directly for me.  They were at my feet before they took back off. 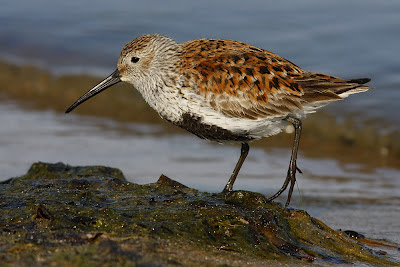 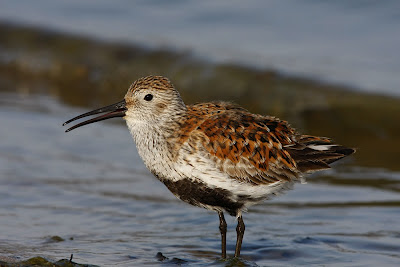 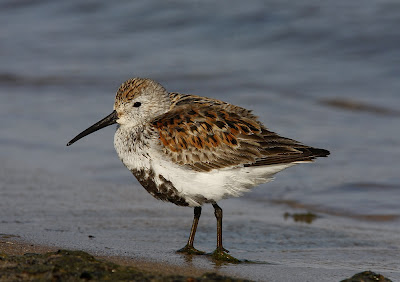 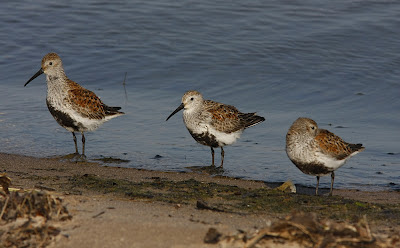 There has also been a few turnstones around. 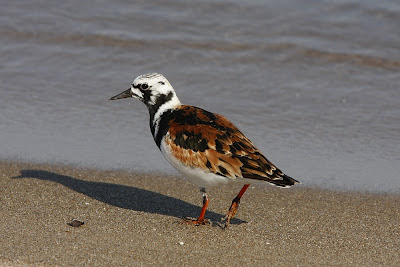 The first bird is pretty clearly a male based on the amount of white in the forehead.  I don't know if the second bird is just farther behind in the moult or if it's a female which would be my guess. 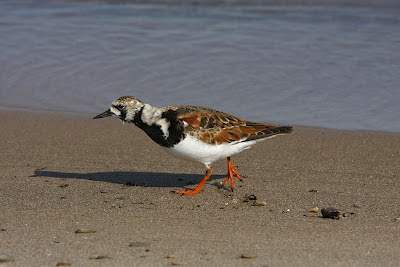