Ginger and I took the occasion of our 10th anniversary to visit Yosemite, a place neither of us has ever been.  It was certainly a very scenic place and never having been to that section of the country certainly did provide some new birds.

I think this is the first time in my adult life I've come across a Dipper. 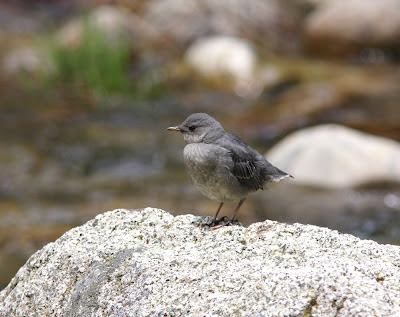 This was a peculiar bird I've never had a chance to study.  Honestly in behaviour, flight style, and call it most reminded me of a Spotted Sandpiper. 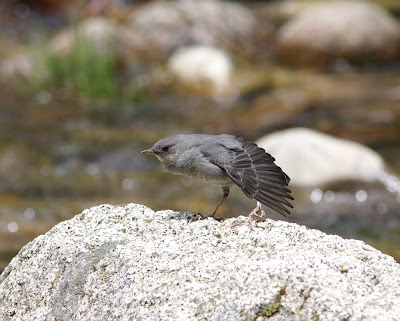 The bird has quite short wings, probably due to its underwater walking (note the long toes and nails as well).  Most of the pics (though not these ones) show the scapulars and breast feathers virtually covering the wings, likely to keep them dryer, though that's my speculation. 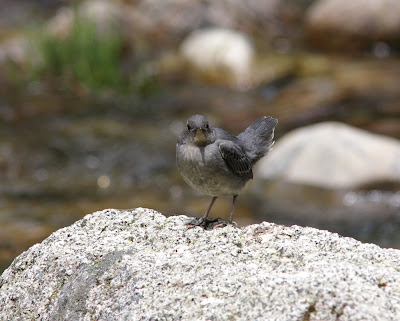 I had a hard time finding birds low enough to get decent shots of.  Stellar's Jays and Oregon Juncos in the picnic areas were probably the most notable exceptions. 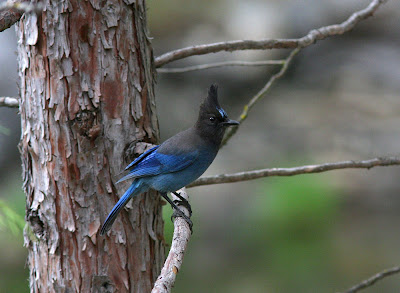 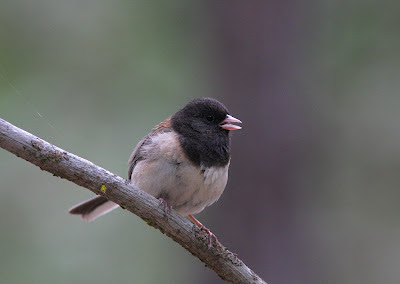 The juncos seemed to be what Sibley terms a pale-bodied type; the head certainly contrasted strongly with the rest of the body.

White-headed Woodpecker had somewhat of the inverse look going on, this was a new bird for me, and I think the only lifer I was able to photograph... 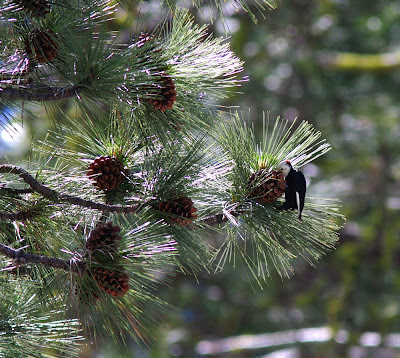 One of the reasons for that is that the trees were kind of big.  My life Hermit Warbler was in the midstory level which normally would be in reasonable range.  Like in a normal pine stand.  The Hermit Warbler wasn't in a pine stand, it was in the Giant Sequoia grove.  Giant Sequoias, you may be aware, are freaking huge, only the largest tree on the planet.  The 300mm lens isn't really ideal for capturing that sense though. 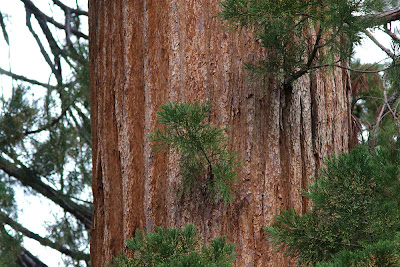 As long as I'm doing the picturesque thing, here's 3 of the 5 waterfalls visible from the Captain's Overlook. 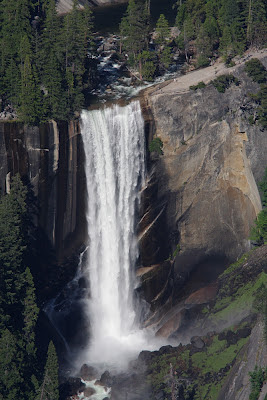 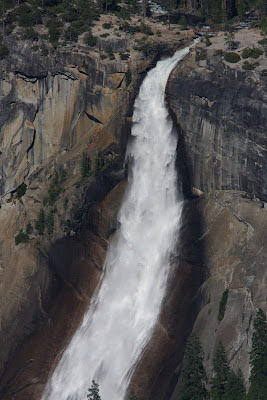 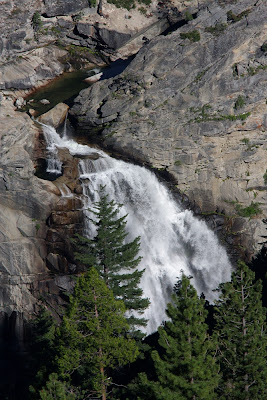 From the great to the small, in closing a Belding's Ground Squirrel, of which I guess all I have to say is well, because it can. 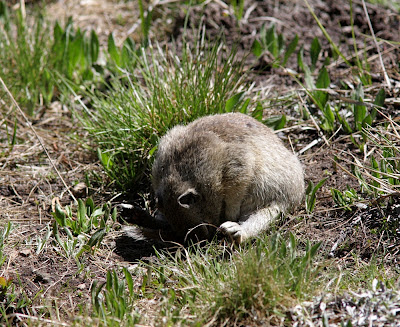 Thanks to Tim for loaning me a camera, mine chose an opportune time to go kaput a few days before leaving.  It would have been a shame not to be able to freeze in time moments like that last one.
Posted by Matt at 8:50 PM

Do you know exactly where you had the WHWO? I'm going to be looking for those sometime in the next two weeks (I only live 2 hours from Yosemite). Thanks.

I had WHWO in 3 places. The first was on a pulloff with a decent amount of room to walk around probably about 5 miles up the Tioga road (120) in its lower elevations. The other two were by the Mariposa grove. The photographed bird was in a pine over the Mariposa Grove grocery store where you park to take the tram to the grove. The third was in the Mariposa grove itself from the tour ride. The Mariposa (sequoia) grove is at the SE end of the park down 41 (wawona road).