a false string of pearls

The gulls are starting to trickle back north. By mid-winter most of the gulls in Lake Michigan have reached the Indiana beaches with a lot of fish kill around their power plants. A few days ago the dark-mantled hybrid had made its way back up to Warren Dunes. I had it at New Buffalo probably 6 or 8 weeks ago before that flock dissipated. We've seen this bird for about 5 years but this was the first time I've seen the full spread-wing after full moult. We had excellent photos of this possible Chandeleur gull (Kelp x Herring) a few years ago in October when it was still moulting primaries. 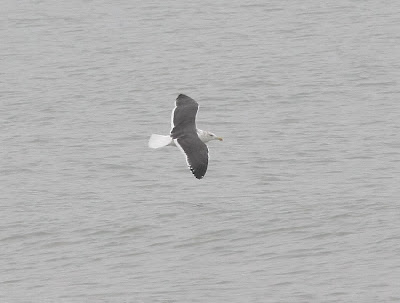 As you can see the bird has a string of pearls sign on some of the middle primaries, though it isn't as extensive as a Slaty-backed probably ought to be. 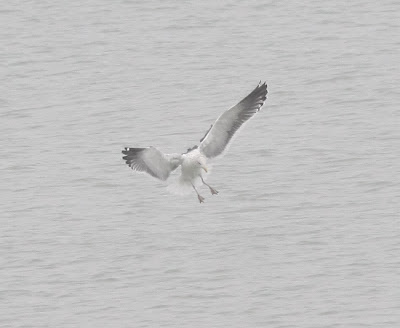 The other weird hybrid gull was back at Tiscornia this morning. It's Glaucous x something which might be Great Black-backed. It too was last seen in this pic at New Buffalo from early January. 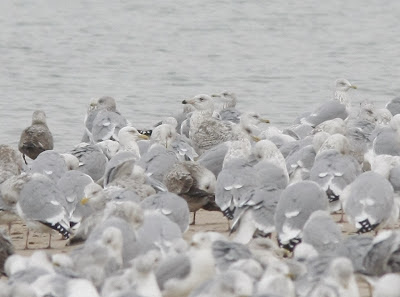 It was briefly on the beach at Tiscornia this morning. The mantle is coming in darker than it was a month and a half ago. I tried to move down closer for better pics. The birds, however, weren't spending much time at all on the exposed beach with a ripping Westerly wind and it had left the others before I was even halfway down. 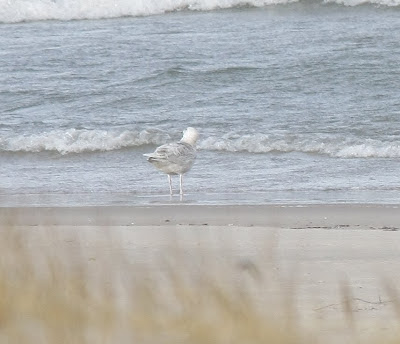 Hopefully it'll stick around or return in the fall to see what that mantle does.
Posted by Matt at 5:28 PM