Sayonara to the sea ducks

There's something about south winds and 70 to 80 degree temperatures that leads to the winter ducks heading back north. I figured I'd best use up the rest of my pics before they're ridiculously out of date.
This Long-tailed Duck spent a couple weeks off the end of the pier. 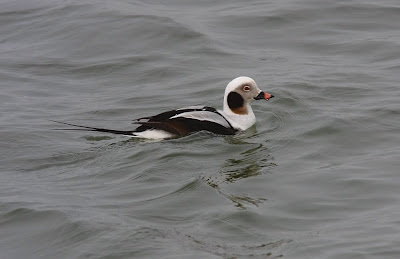 Some years the Greater Scaup flock will number in low 3 digits when the lake freezes for a couple miles out. 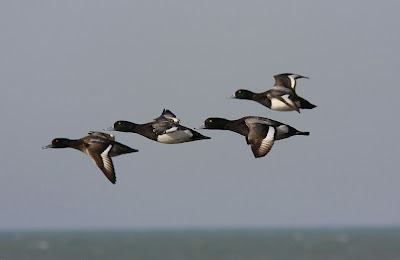 This year there wasn't even an ice pack at the beach's edge so their numbers never really built that high. 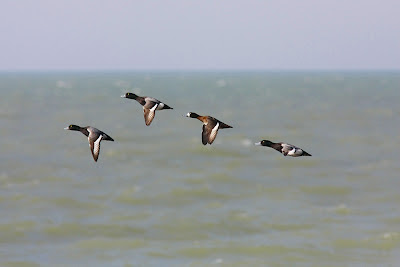 A few of the male scoters had started to develop their brighter plumage and bills. Scoters take 2 years to develop full adult breeding plumage. This bird is probably 20 or so months old. 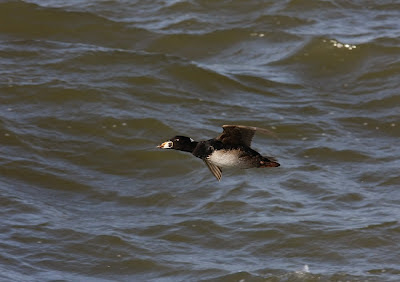 White-winged were a lot more common with up to about 40 or so birds off the piers. Last time I was at Tiscornia there was one. 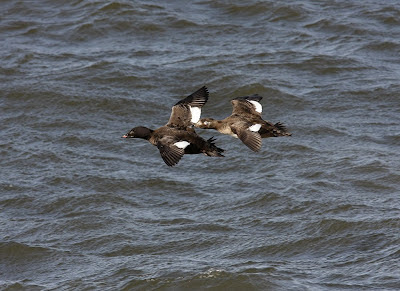 Lastly, a follow-up on the dark-mantled hybrid gull. I emailed Steve Cardiff, one of the LSU researchers who's done a lot of research on Chandeleur (Kelp x Herring) gull hybrids. His feeling was that the bird was too big and lanky to have Kelp as the dark-mantled parent and felt it would likely have to be Great Black-backed. My guess is that since most pics of putative Great Black-backed x Herring gulls are much lighter mantled, this is probably an F2 bird with 3 out of 4 grandparents being Great Black-backed. The Chandeleur gulls were certainly shown to display the full range of mantle darkness as the birds continued to back-cross so I would expect that would be so for Great Black-backed as well.
Posted by Matt at 4:59 PM