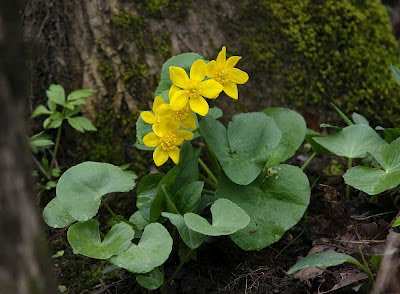 SE winds will bring passerines and their ilk moving back south at Tiscornia in the morning, presumably corrective movements. Right now the flight is dominated by robins, grackles, cowbirds, and RW blackbirds. Flickers are the main eye candy. I haven't yet connected with a big ticket item (see Tim's picaso for Smiths Longspurs on a day I was working). 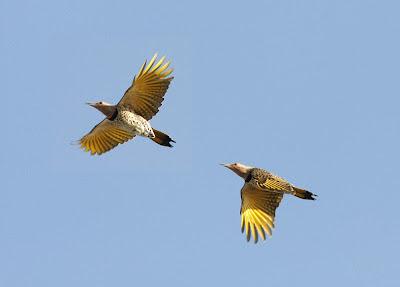 It feels odd to see GC Kinglets in 70-80 degree temps. It wasn't arguing with the bug selection however. 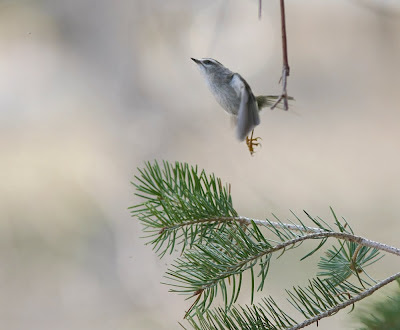 Here's a White-fronted Goose at 3 Oaks. The incredible amount of S and SW winds at the beginning of the month usually would have brought a lot more of these and Ross's Geese, but I guess they all went to Allegan or wherever it was. 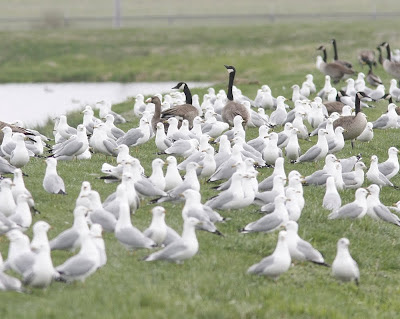 Finally just a shot of a Herring Gull 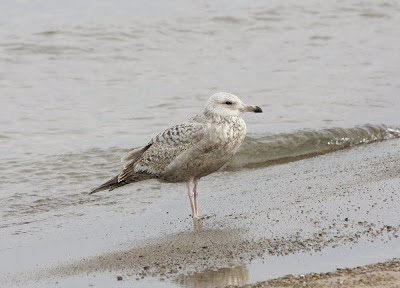 This seems like a pretty textbook 9 month old bird or so, nearly all the way to a bicolored bill, with extensive first winter mantle but the flight feathers still juvenile. The coverts are ratty but not yet reduced to feather shafts and the primaries are faded to Thayer's brown.
Posted by Matt at 5:19 PM

Gorgeous shot of the flickers, Matt!