Do these even count?

Last week we came across a pheasant in the south county. Pheasants seem to be getting harder and harder to find (like all upland game birds). This male was with a female just a couple miles from a hunt club where presumably they're released. I don't know that there's any way to know what percent of this bird's ancestors were captives. 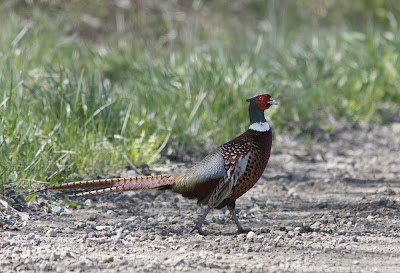 I'd never noticed how the crown of the head is not the dark green but rather a grayish color incorporating a lot of the color of the rump. The ring didn't get quite all the way around the throat. I just don't see enough of these birds to know how much variation there is in their appearance and how homogenous released birds are in comparison to the "established" population. 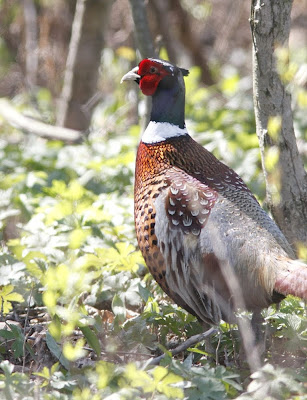 No doubt on the countability of the spring woodland wild flowers from last week like these trout lilies. 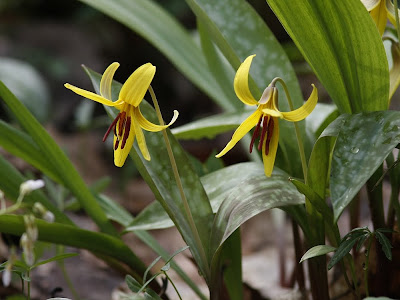 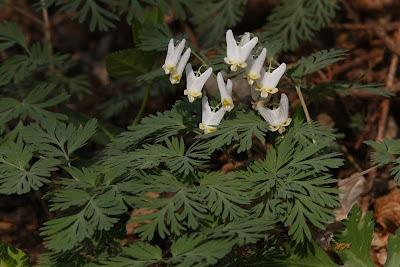 The annual comparison between Dutchman's Breeches above and Squirrel Corn below. 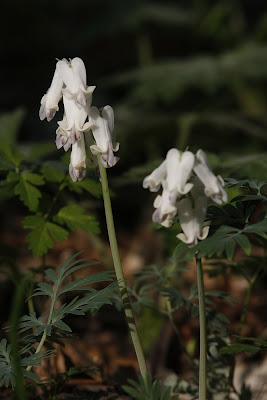 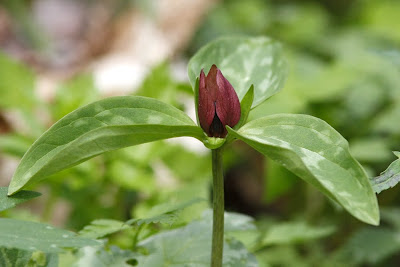 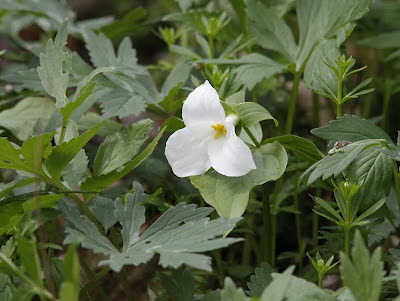 I always associate the classic trilliums with warbler migration. Right now the only warbler I've seen is a couple Yellow-rumps.
Hopefully in the upcoming weeks I'll time my Tiscornia visits a little better; I've missed the last 4 decent birds though with a bunch of night shifts upcoming that seems dubious at best.
Posted by Matt at 10:10 PM