Earlier we returned from San Diego where I had a conference. We ultimately decided to take the kids too.
Many of the birds were incredibly acclimated to people (I guess you would expect that on SoCal beaches). Marbled godwits were just about the most common shorebird on the beach closest to our motel. And since sunrise was at 9:30 eastern time I had no problem getting out there for the best light. 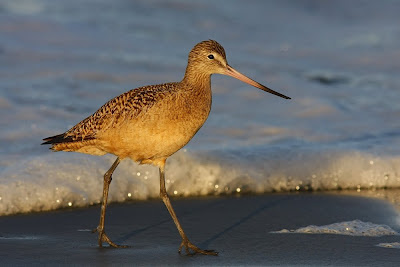 At one point during the week I had a flock of 20 of them, I was trying to get a line of them all posed identically but couldn't quite pull it off. 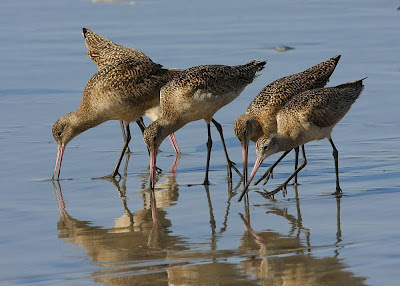 Eventually a wave bigger than most flushed that flock, but they did circle right past me giving a nice flight shot opportunity. 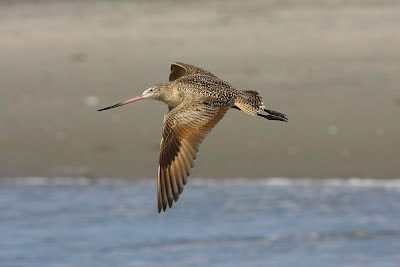 Surfbirds and Black Turnstones were the only "rockpipers" I encountered. 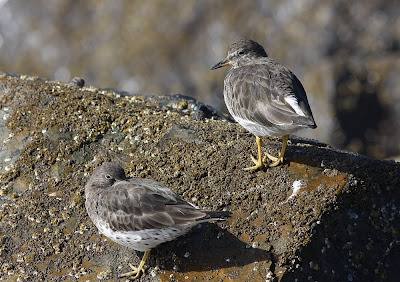 A cynical small part of me wonders what percentage of Michigan birders could walk out the jetty at Muskegon, see what they expect to see, and go home happy to have seen a Purple Sandpiper if they saw one of these, a dumpy gray sandpiper with colored legs and bill base. Hopefully the proportions would clue a person in. 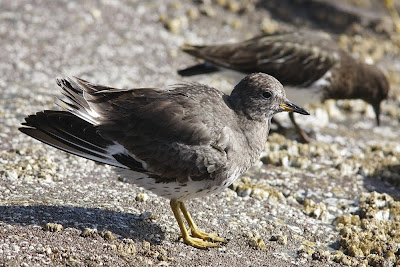 I'd only seen Black Turnstone once before. 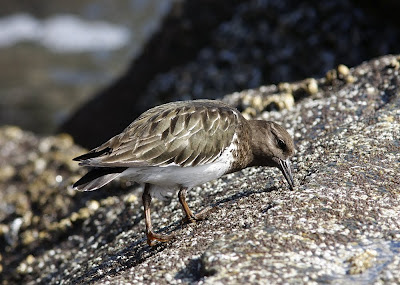 Finally a few more godwit shots, both at midday and one last dawn shot. 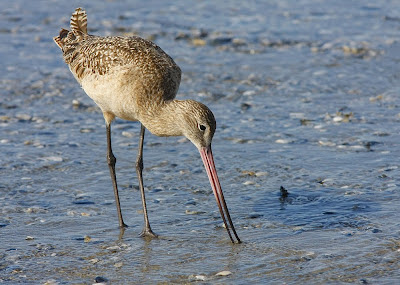 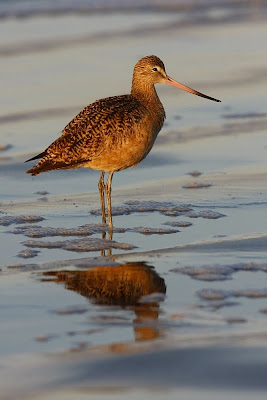