Unfortunately also not in Michigan. I think this is my last San Diego post. The birds of the beaches were fun to photograph but I think I enjoyed the passerines more just because most of the birds were much different from what I'm used to. It was a lot harder having to guess at the songs (though a California Thrasher still sounds like a thrasher, a Cassin's Kingbird like a kingbird, an Anna's Hummingbird like a hummingbird and so on).
This Black Phoebe foraged from the breakwall along the beach, maybe a bird I should put on my radar here at home. 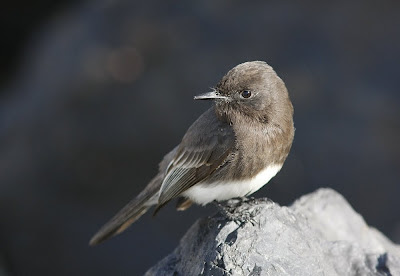 Anna's Hummingbirds were everywhere. Their rosy heads made it easy to track down their cicada-like songs. I still don't have my monitor fixed, looking at this pic on my wife's screen makes me think I overdid the processing a smidge... 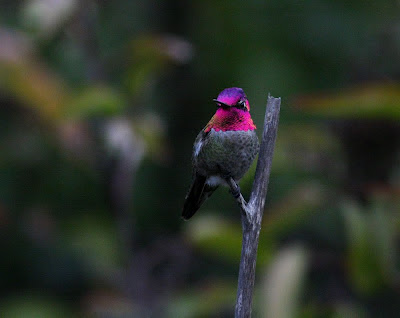 California Thrasher was a bird I didn't know if I would find. However, given that they were singing and setting up territories they seemed analogous to a Curve-billed rather than Bendire's or Crissal which take a lot more effort in their various areas. 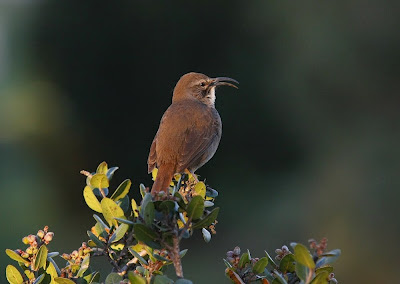 I spent a fair bit of time seeking California Gnatcatcher. I didn't find one. This Orange-crowned warbler is one of the western subspecies and looked a lot heavier-billed (and yellower) than the version that passes through locally. 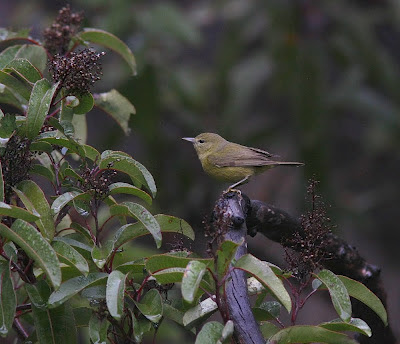 All of these last few birds actually are photographed at sites that supposedly could have the gnatcatcher. You can tell this is one of the days that I had to leave after an hour or so for conference since it's sunny out. It seemed unusual to see a Say's Phoebe in nice weather after the memorable beachfront bird a few Novembers ago. 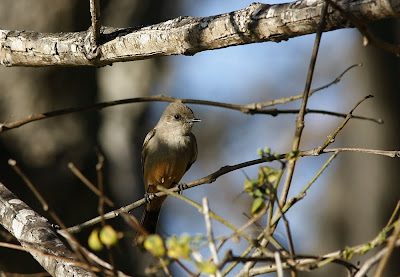 One evening with beautiful light I drove out into an area where White-tailed Kites are regularly seen. I didn't see one until the next morning when it was drizzling. 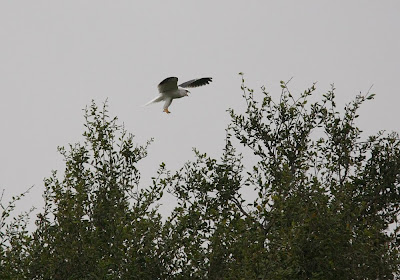 There's actually a second bird just out of the frame in the pic above perched in the tree. This bird was circling around and flew straight over the trail once. 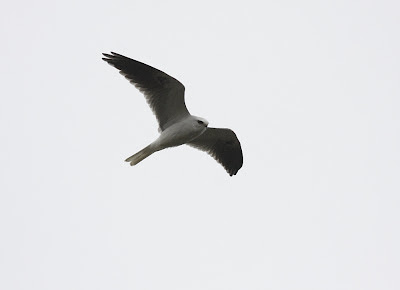 The kites were close to a moist line of trees where of all things a Prairie Warbler was singing. Given the overcast drizzle, limited time, and no gnatcatcher, I made no effort to photograph it backlit moving in the tops of a densely leaved stand of trees. With no photo the locals didn't believe me but if I cared about that I would have taken a photo...
Posted by Matt at 12:06 PM

All of your photos are great and I have really enjoyed this San Diego series of posts. I love how the Black Phoebes pose. Two years ago I went to San Diego at the beginning of March and this was like re-visiting my time there.