I was kind of figuring that with the snow melted that redpolls wouldn't really come into feeders that much this year so I was pretty surprised when the 2nd redpoll that flew into the Sarett feeders the other day was this Hoary. A few years ago there were a couple hundred redpolls using the feeders and while I was able to pull out a Greenland/Greater Redpoll that year I never saw a Hoary. This one was pretty easy, the 2nd whitest female Hoary I've ever seen. 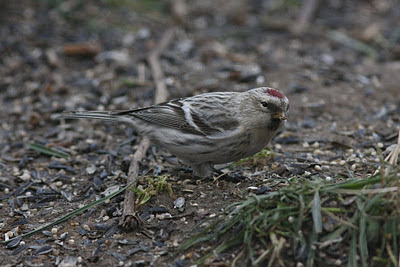 Here's another view of the nasal feathering giving it a stub-billed appearance as well as the well-feathered legs which may be a supporting character for Hoaries. The bird is very frosty and has a lot of white coming in along the sides of the scapulars. It has one line of fairly well- defined flank streaking with a couple other less well-defined streaks as well. 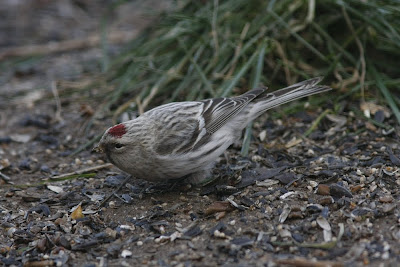 The rump was white. 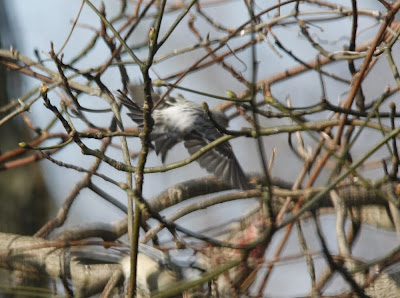 As was the undertail; this bird had the whitest undertail coverts I've ever seen (though was difficult to capture shooting through the glass at Sarett). 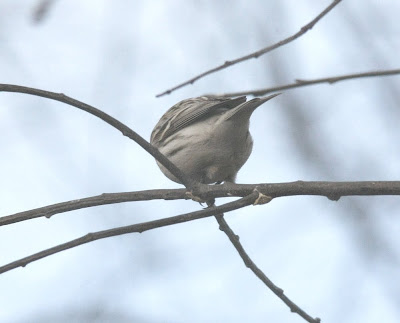 Here's the (presumably adult female) Hoary with a male Common. 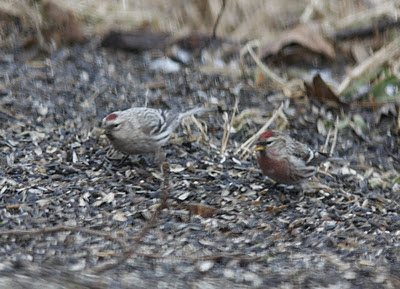 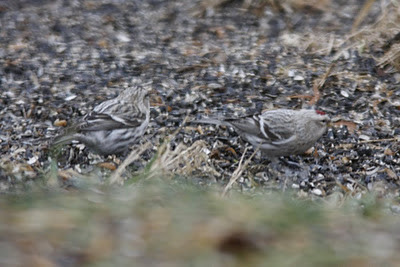 The second bird was in that harder to judge probable first winter plumage. It had somewhat more prominent flank streaking, but still very white in the ground color. It had some warm creamy tones in the face which are also indicative of a first winter bird. 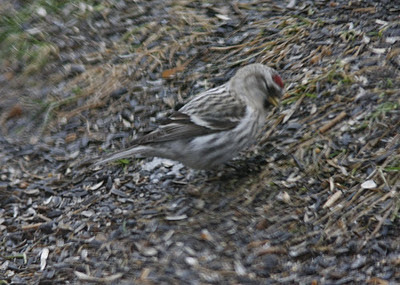 It had one streak in the undertail, I never got a photo of the rump aside from the side view below.
Here's the adult Hoary having a go at the youngster (check out her pantaloons). They seemed to associate with each other when the 2nd bird was present. 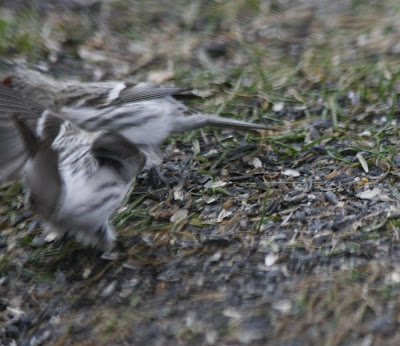 Per the Sibley grading system for redpolls, I'd give the whiter bird a 6 for undertail and rump and a 4 or 5 for side streaking for a grade of 16 or 17. The other bird I would give a 5 for undertail streaking, and 4 for flank and a 4 or 5 for a glimpse at the rump for a total of 13 or 14. The caveat is that the grading system was developed more to look at variation than to discriminate species.
Posted by Matt at 4:08 PM