This isn't a cave swallow either. Short-eared owls are moving through. Two flew over the beach at New Buffalo this afternoon. 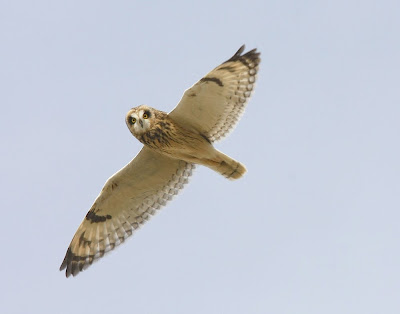 I spent most of my time scoping the gull flock, there were probably 3000 gulls on the beach. I had 5 Lesser Black-backed's but nothing terribly exciting.

Some of the fresher juvie Herrings are thinner and darker-billed than most of the birds. In fresher plumage they also have the suggestion of pale tips to the primaries and so a person could think Thayer's. This bird was photographed last week, but it or one like it was present today. 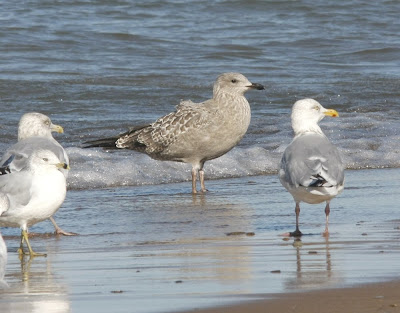 The spreadwing with extensive dark on both the leading and trailing edges of the primaries argues pretty well for Herring though. 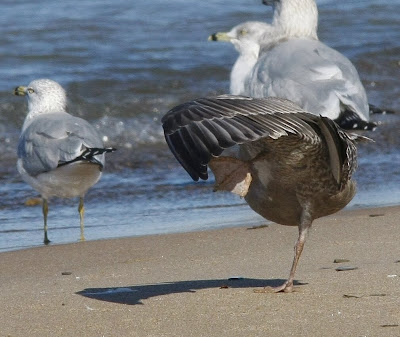 This bird flew past and had significantly reduced black in the wings, probably close in total amount to what a Thayer's would show, however, the black doesn't extend that far up the leading edge of the primaries the way a Thayer's would. The bill, eye, and head streaking show this bird to be in that 1% of Herrings mentioned by Sibley with much reduced black in the wing. 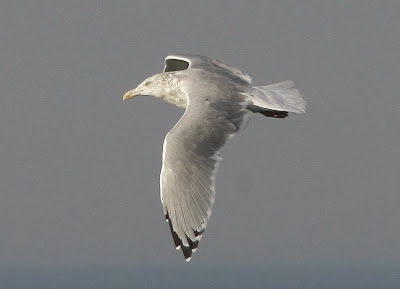 Here's a file photo comparison of the amount of black usually seen in Herring Gull wings. 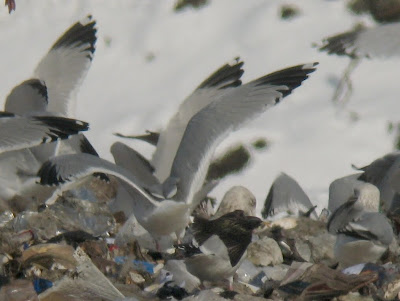