For whatever reason (most significantly the number of non-breeding loafers seen in McDonald's parking lots), birders don't really think a lot about gull migration. There's well known time-tables for things like warblers, shorebirds, and ducks, but last year we really started noticing some significant gull movements among Ring-billed and Herring Gull at the end of November and early into December. Today large numbers of Ring-billed's were pushing down the lakeshore, pushed up against the beach by strong westerly winds.

Three times we saw kittiwakes a few hundred yards in front of the Ring-billed pushes. 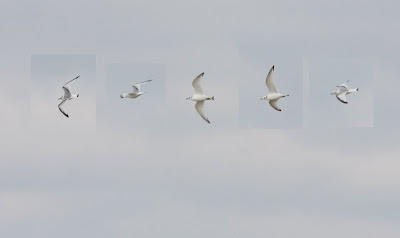 The first glaucous gulls of the year were also mixed into these pushes. 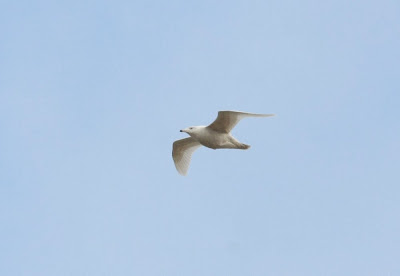 This Black-backed Gull looking thing was in one of the flocks. Through bins it looked like a young Greater, but there's a couple things a little off about the bird. 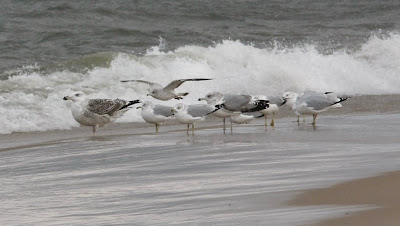 It has a fairly strongly bi-colored bill which Greaters don't usually show to this extent, has a very limited tailband, and to our eyes narrower-based wings than the average Greater as well. 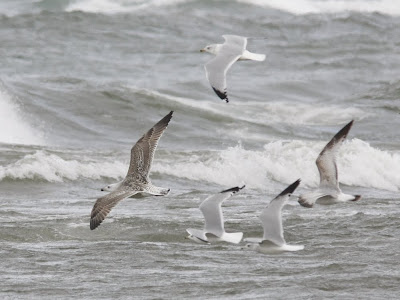 It might be simply a crisply-billed slender female 2nd cycle Greater, but we suspected it probably had some Herring gull genes in it. 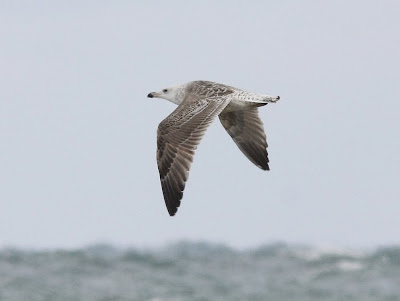 Finally 2 record shots of the other two kittiwakes, first a montage of the first juvenile of the day, 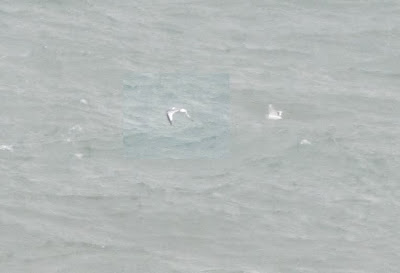 followed by a distant shot of an adult: 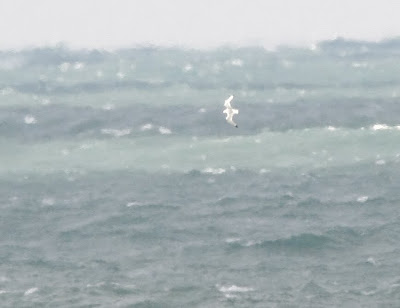 The bird is past the south pier in this shot, probably about half a mile away. The paler inner primaries and proximal outer primaries bleeding into the trailing edge of the secondaries stood out more that we expected it to, though it helped also that it was the 4th time in about 3 days seeing the flight style. Tim got on the bird long before I did and has pics that are probably a quarter mile closer.