Yesterday I went out in the late morning when Tim had a Western Grebe swim past the pier at Tiscornia. It was gone by the time I arrived, though on the way out a purple sandpiper flushed off the pier in front of me, a nice consolation prize. It flew across to the South Pier and then flew back over and hunkered down into one of the cracks in the pier which is probably how I walked right up to it without seeing it initially.

It was pretty tame. 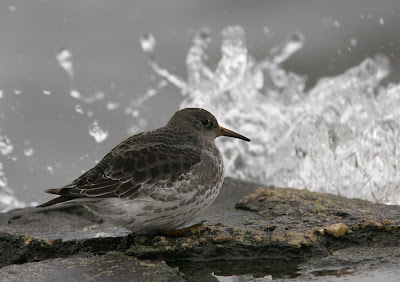 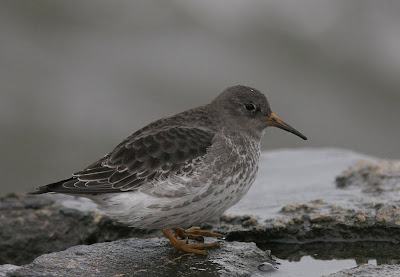 This bird is a juvenile based on the pale edgings to the wing coverts. Many believe that Purples that try to overwinter in the Great Lakes fail and so seeing an adult here is extremely rare.
There were also some loons off the end of the pier relatively close. I initially took this Red-throated to be an adult with some delayed molt given how gray the head and neck is, but looking at the relatively subtle (rather than bright) speckling on the back appears to be a juvenile bird with more gray on the neck than they average. 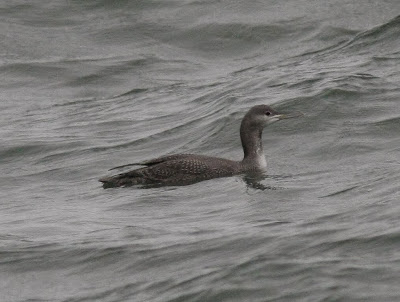 This Common Loon is a lot paler than they average, either a light juvenile or a faded adult that maybe never attained breeding plumage. In the field the bill was almost yellow tinged, though that doesn't com out in the pictures (but did make a person look twice at it). 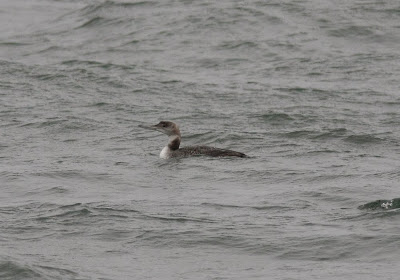 This is the more common appearance for Commons: 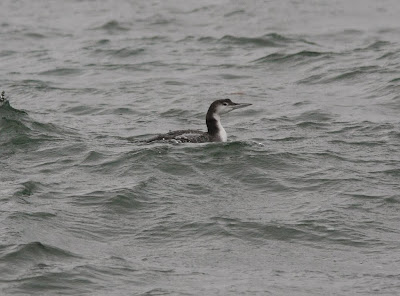 Here was an average wave at Tiscornia this morning in the Westerlies. 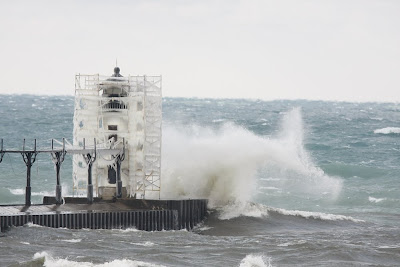 Hopefully their scaffolding is rated for a ton of ice...