Birds in the wind

A significant proportion of our birds in Berrien relate to the wind. Earlier in the day the wind had less of a south component than it's seemed to be mainly stuck with the last several days and so we spent some time hawk-watching. While there was no goshawk, a young Golden Eagle did over-fly us. The lighting was pretty tough and the pic doesn't do the golden nape justice. It was quite pronounced in the scope. 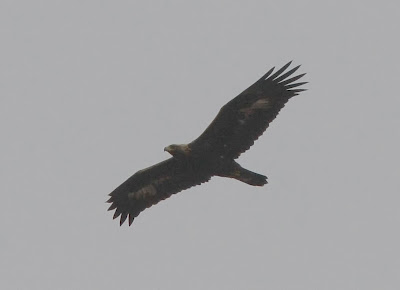 A couple days ago there was one day of strong west wind as a wide storm front went through the midwest. I only had an hour that day at Tiscornia but 10 Franklin's gulls flew by in that time.

These 2 pics show 8 of the ten. They're farther out than the Franklin's this spring, but the ID features are still pretty easy to see, half hooded birds with relatively dark mantles with white between the gray of the upperwing and the black primary tips. The next day the winds turned around to the SE they've been stuck on and no more Franklins. 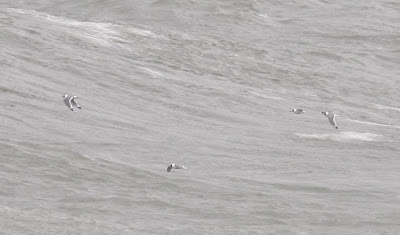 I went out and bought a couple more thistle socks earlier today since Siskens seem more common this year than in the last few years and a better than average redpoll year is forecasted. These 2 were on the seed that had been out all summer... 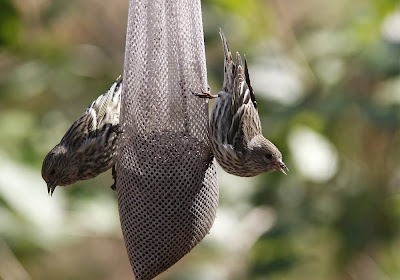