It's been a good fall for kittiwakes in Indiana; about 25 were seen at Miller beach 2 days ago. Tim had good numbers of Bonaparte's fly by Tiscornia yesterday, but no kittiwake, and we had about a hundred Bonaparte's in our first hour this morning. They petered out, however, and after another hour and a half we were ready to go. The lighthouse construction had dislodged a chunk of concrete from the pier and we decided to do the obvious thing, chuck it in the lake (lest someone trip on it) and try to photograph the splash. Well we turned one way, decided the light was better to the south, and Tim was in his wind-up when a tight flock of Bonaparte's bore down practically on top of us. The rock clattered back onto the pier as a juvenile Kittiwake led the flock, sporting a characteristic bold black M and black nape mark. 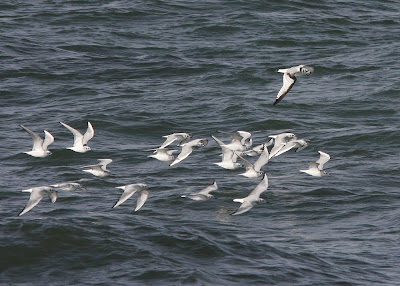 The much larger bird stuck to the periphery of the flock rather than getting caught in the congested pack of smaller Bonaparte's. 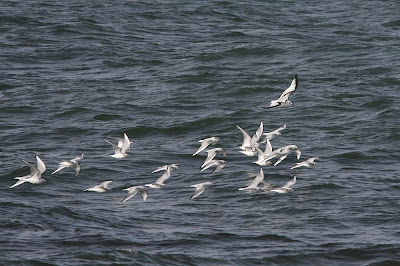 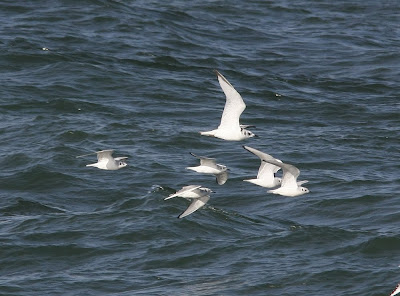 This Common Loon was pretty close to the pier, the water breaking over it made a nice effect in this pic. 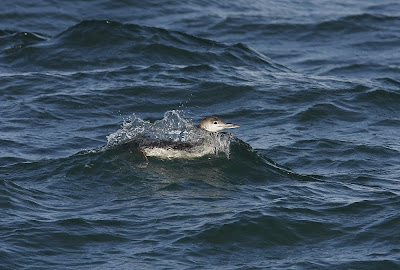