We spent the weekend visiting in-laws near Virginia Beach. The birding was so-so, limited time coupled with bad lighting when I did get out meant that I didn't come away with bloggable images. Besides, one Royal Tern post per year is probably sufficient.

The butterflies in the woodlot behind Brent's house, though, were somewhat more cooperative than the Pine Warbler or Carolina Chickadees. Some of these butterflies can also be found in Michigan, though they were all pretty new to me.

These monarchs are actually from Tiscornia. 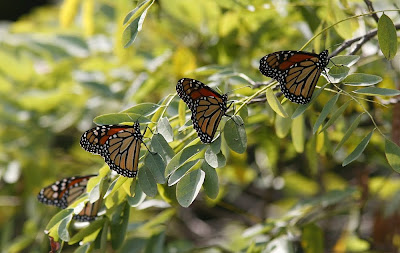 I always hope to find hairstreak butterflies, but end up seeing a lot of tailed blues in Michigan. The only other hairstreak I've seen was in Arizona, also a Gray Hairstreak. 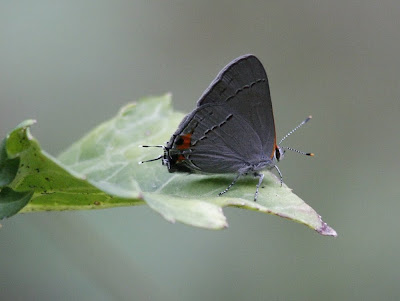 Common Wood-nymphs in the south have a distinctive yellow patch to the leading edge of the wing. 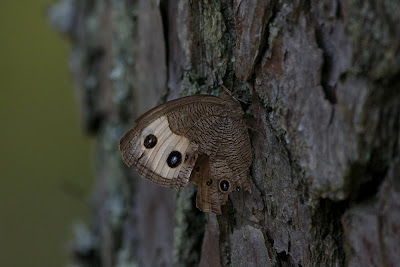 This Pearly-eye has me somewhat puzzled. 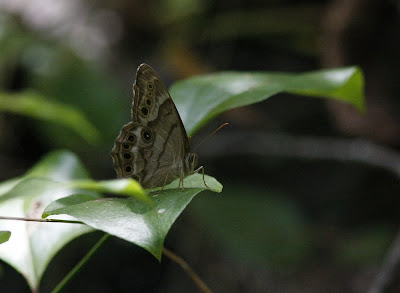 Per Kaufman and Brock, I was in the range of Southern Pearly-eye, and this one does have yellow antennae like Southern should have, but the wings look much better for Northern Pearly-eye: perhaps an intergrade?

This is a Gemmed Satyr, a somewhat subtle species that I thought had worn off some of the hindwing, but that's just the way they're patterned. 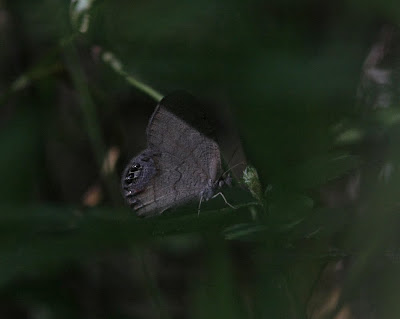 Now we move onto skippers, I've probably got some of these ID's wrong, but here's my guesses, there may be some addendums in the future...

I'm going to go Clouded Skipper on this one. I have a dorsal view which isn't as nice a pic that I think makes Little Glassywing less likely (but still probably possible). 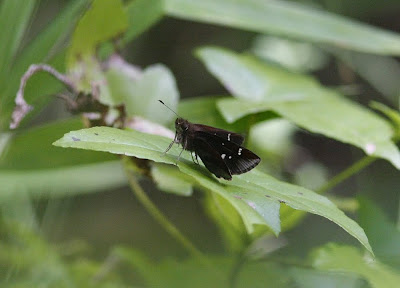 This one might be a Dun Skipper, but conceivably could be a faded version of whatever the above one really is. 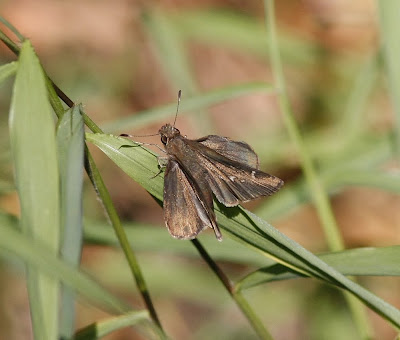 I'm fairly confident this last one is a Sachem skipper. 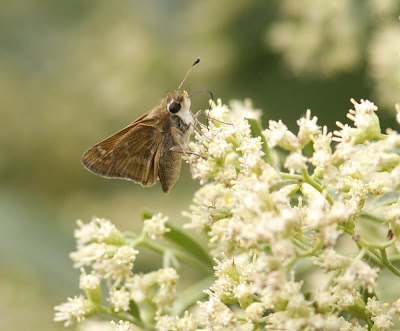 Maybe some day I'll find a Seaside Sparrow, but it certainly wasn't this last trip.