I don't think I've ever gone this far into the year before tallying an Avocet for the year list and it was starting to feel like a bit of a jinx bird, but 2 appeared today (probably the same 2 seen by others yesterday by the bird club) flying down the beach.

Note that the top/lead bird has white edgings to the tips of most of the primaries making it a first year bird. 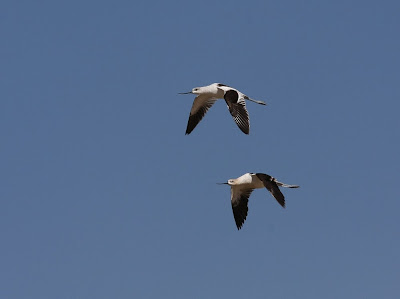 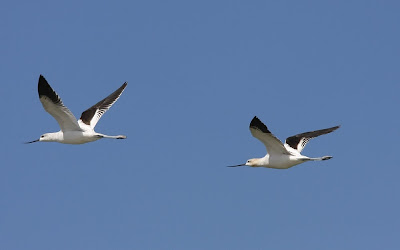 The adult, which has a little more buffiness to the neck is moulting a secondary, though I'm not sure that's visible in either of the 2 pics above.
The birds landed on the beach. The adult is presumably a male based on the straighter bill. 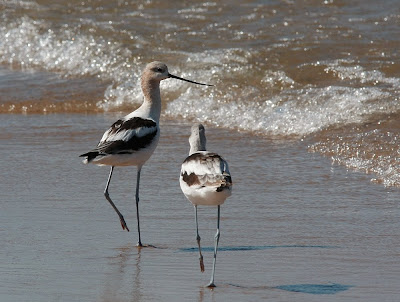 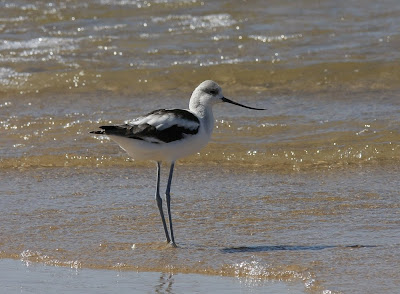 The sanderlings are now virtually all juvies, this one was captured mid-sprint a few days ago... 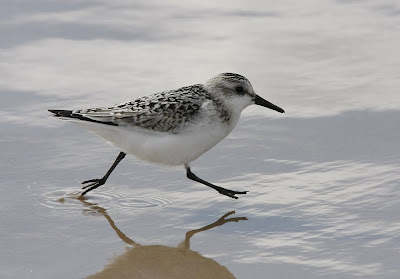 Finally a butterfly new for me at Tiscornia, I think I've seen it before but I'm not sure where, a Variegated Fritillary: 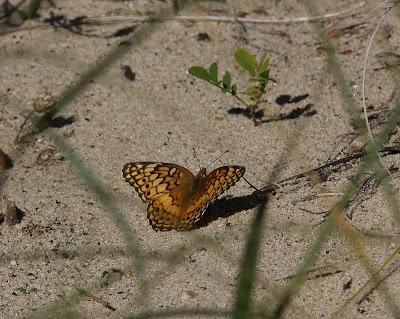