Things have been pretty hectic lately and I haven't been able to keep up as much as I'd like with the blog.

The other morning there seemed to be an impressive number of birds moving on the radar. As has seemed to be the case this year, that hasn't exactly spelled a good day at Floral however. There were essentially no migrants there. However, Tiscornia actually had a very good variety of passerines, at least for a beach park.

This Philadelphia Vireo was part of a group that seemed to accumulate along the cottonwoods of the foredune and worked south (presumably birds that blew out over the lake and flew back in) until they hit the rivermouth and followed the trees along it back inland. 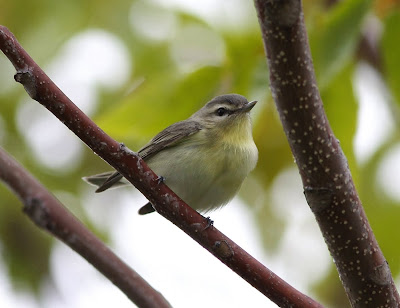 It was a fairly foggy morning, this Black-throated Green was pretty bedraggled. 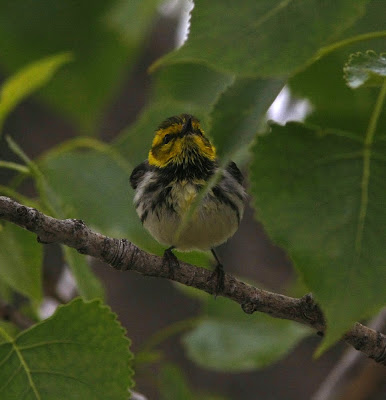 Lincoln's Sparrow was actually a year bird for me (as was a Wilson's Warbler in the next tree). 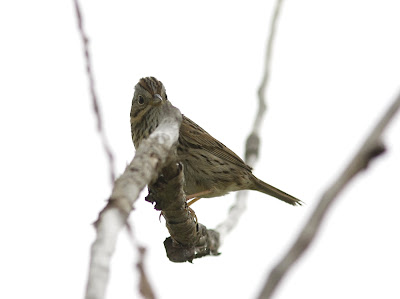 One last shot of Philly V, a bird that I've had much more success with on this side of the state in the fall than the spring in the past. 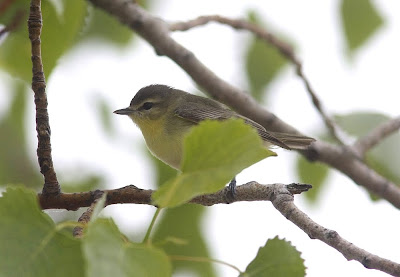 A pretty uncommon migrant, I don't remember seeing one that was cooperative enough to digi-scope before; I certainly never succeeded if I attempted it. With the SLR it was easy though, just had to wait for the bird to work its way over to my side of the tree...
The radar seems to show a similar movement at present, we'll see what a few hours brings.