I updated some of my spreadsheets last night and noticed that I was at 197 for my Tiscornia list. I thought there might be a possibility of the same bird being my 200th for Tiscornia and my 300th for Berrien. It turned out I wouldn't have to wait that long.

After trying below my house for Connecticut I headed for Tiscornia after dropping Hazel off at school. There wasn't any movement and the wind seemed very unlikely to force whimbrel onto the beach so we headed for the trees and fairly quickly I picked up a Black-billed Cuckoo. 198. 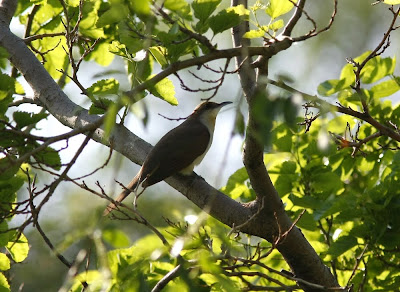 This is probably a second year bird given the retained buffiness on the throat and lack of any real color to the eyering. It was also a nice year bird which won't have to be dug out of Brown or Love Creek.
Next some warblers appeared, first a Canada, number 199, 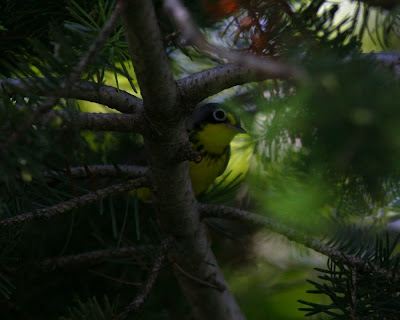 then after a few redstarts, a Wilson's and a Magnolia, a female BT Blue for an even 200. 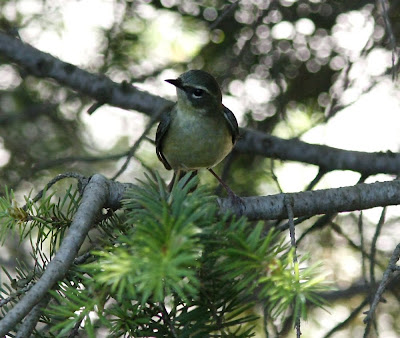 I guess the birding gods wanted me to stay at a nice round number since I never got on a female Connecticut that gave Tim a brief series of glimpses. Arrrgh. Ah well.