the white witch and BOOMS in the black


We did more post dinner walks on this trip than previous ones I've done, and there were things to see.  We'd walk some of the trails with flashlights canvassing leaves and the ground turning up various big bugs, but also some larger creatures.

This is the biggest frog I've ever seen, note the boot on the right side of the pic... 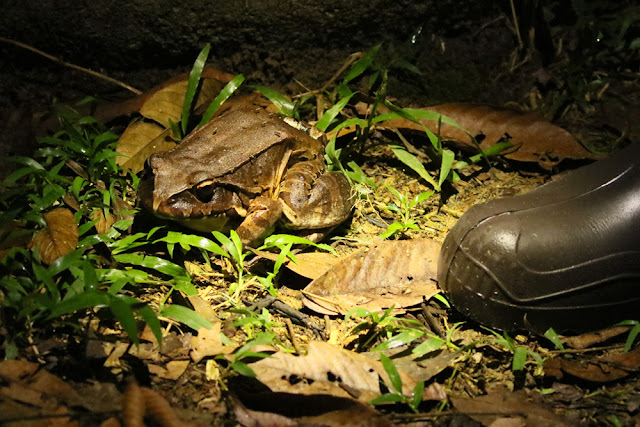 (per my go-to resource on non-bird neotropical life forms, Josh Vandermeulen says this is a Smoky Jungle Frog ... and not even all that large of one!)

It easily could have gobbled up this snake, which while 3 feet long, was only millimeters wide 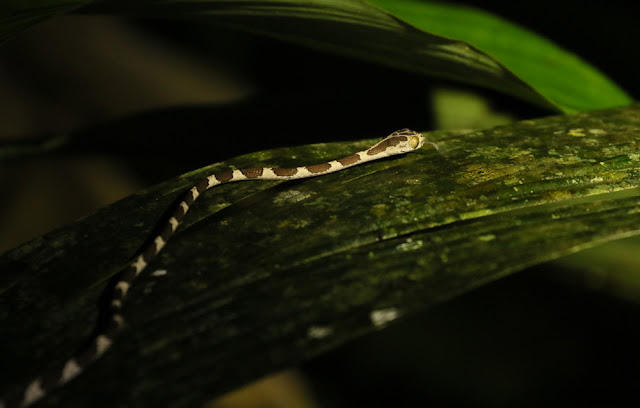 (Josh tells me something in the Imantodes genus, probably Blunthead Treesnake)

A sleeping malachite butterfly pretended to be a leaf. 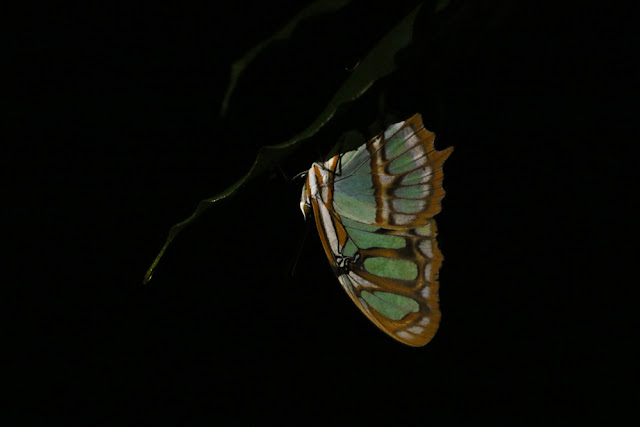 Cookie picked up some eyeshine with her flashlight.  I was expecting a rodent of some kind, but we moved around the tree and saw an enormous moth.  A quick google search implies this is a White Witch, which apparently can grow to be a foot across.  This one was probably closer to 7 inches, but still huge. 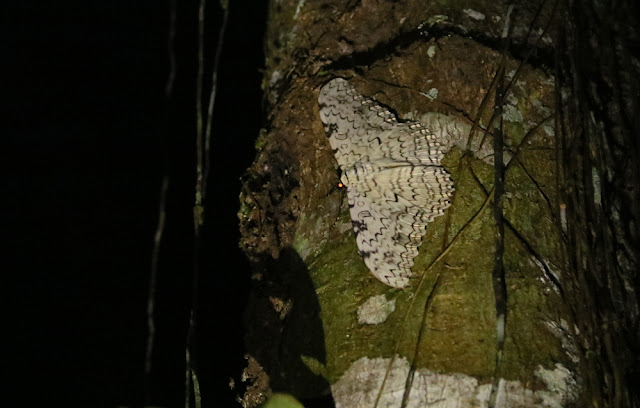 We listened for night birds.  We were so far from civilization that no tapes were needed.  Tawny-bellied Screech owls both tremolo'd and hooted.  Pauraques called of course.  Great Potoo screeched their yowling cry while Common Potoo sang a descending minor key descant.  But distantly at dinner we'd started hearing one of the specialty birds of the Shiripuno River.  Boom Boom, boom-boom-boom ... BOOM.  Not a grouse, not a large owl, but Nocturnal Curassow.  A different group's guide said this bird's call could be heard from 2 miles away.  While that might be true this one, while distant, didn't seem more than a couple hundred yards.  And Jason, somehow, found the bird. 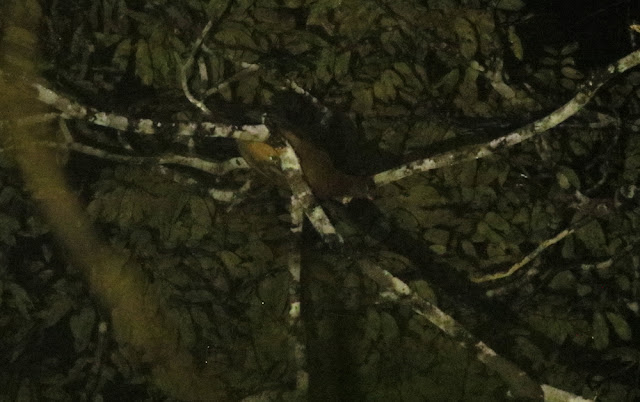 The pic is beyond terrible, it's up in the canopy walking right, heading down the branch.  You can see a bit of the pink bill and the blue skin around the eye to the right, as well as lighter brown undertail to the left under the bend of the branch.  Tired as we were, it was no joke hard to sleep with so many really unique sounds to listen to.
Posted by Matt at 6:07 PM