Eye of the Black Hawk

Continuing on the Topaz afternoon boat ride we drifted along the river.  At one point we passed a Great Black Hawk.  The boatman cut the engine and we let the current drift us silently back past the bird.  It paid us zero heed as it looked intently about the tree for lizards or who knows what. 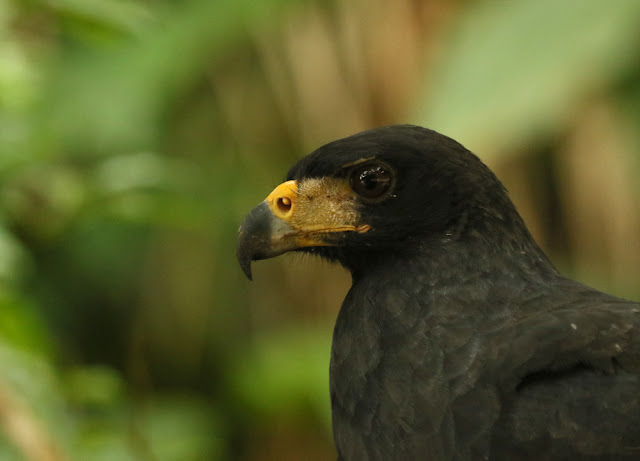 You can see some light coming through the mottled canopy reflecting in the upper part of the hawk's eye.  I'm pretty sure the lower horizontal pale reflection is our boat.

Of course hawks weren't the only big birds.  Here was our (near) daily Great Potoo. 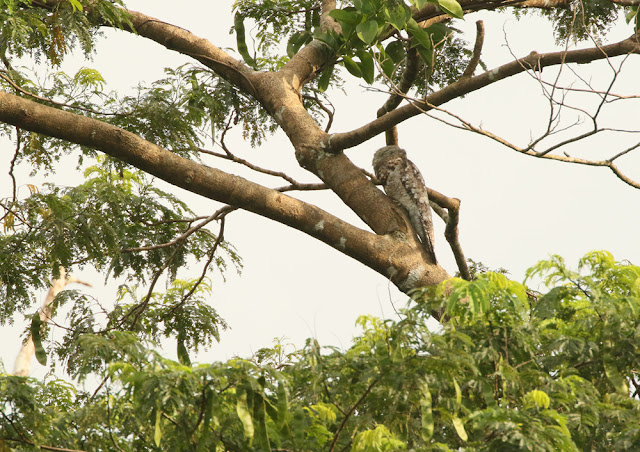 If I remember correctly only New World monkeys can have prehensile tails (though not all of them do).  These Squirrel Monkeys were certainly using their tails in that fashion however. 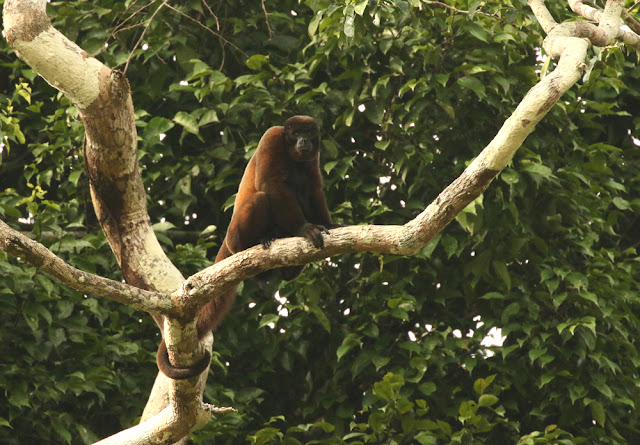 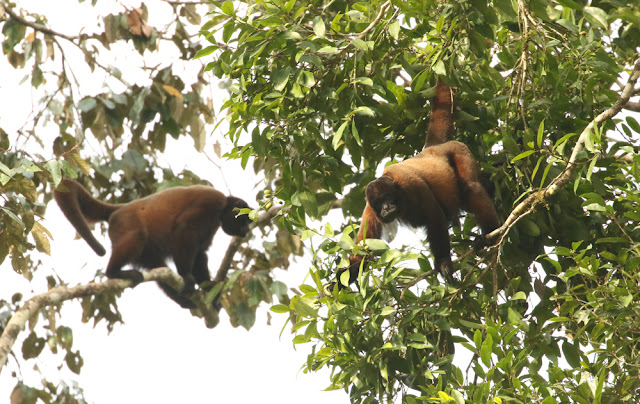 I had expected to see more kingfishers on this trip, I think the muddy water probably made it hard for them to forage along the Shiripuno River at least. 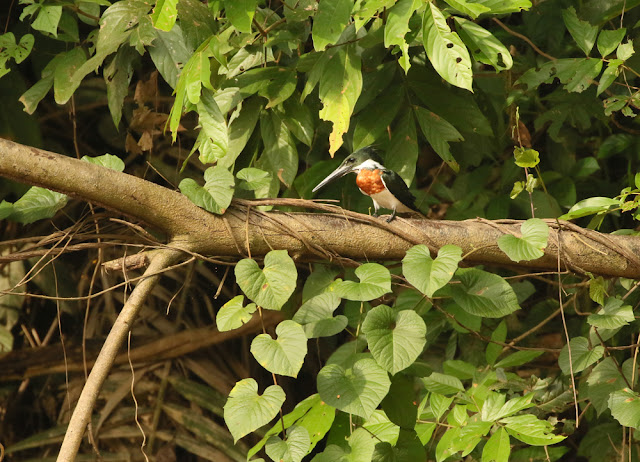 Lesser Kiskadee had no problems with finding bugs though 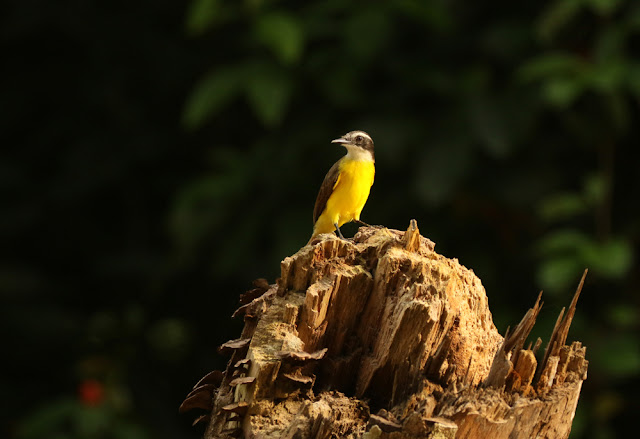 And then there's this little bastard.  It's a young Spectacled Caymen. 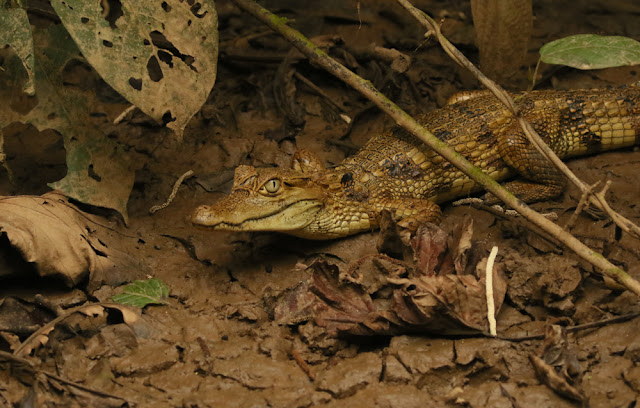 About a second after this pic was taken the two and a half foot long little beastie made a flying leap into the water jumping about a foot in the air in the process... and dove into the water about a foot short of the boat.  Let's just say it drew a reaction from the crowd.

Reactions to a teed up Chestnut-fronted Macaw were a little more muted, though I think this was the closest I saw one perched (the similar Red-bellied Macaws were more common) 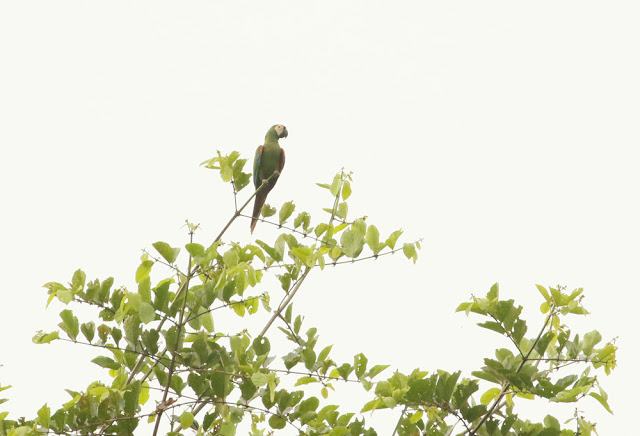 Here's two Blue-and-Gold Macaws, ahem, mutually preening?  I'm not sure I've seen birds preen each other, certainly not for any lengthy period. 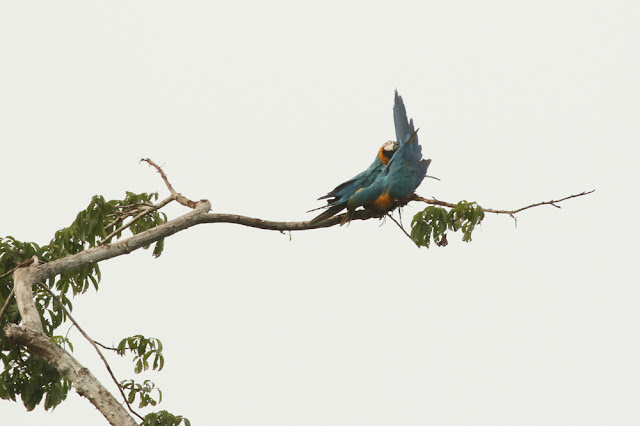 The post pic could probably function as a caption contest if I added some thought bubbles for the birds. 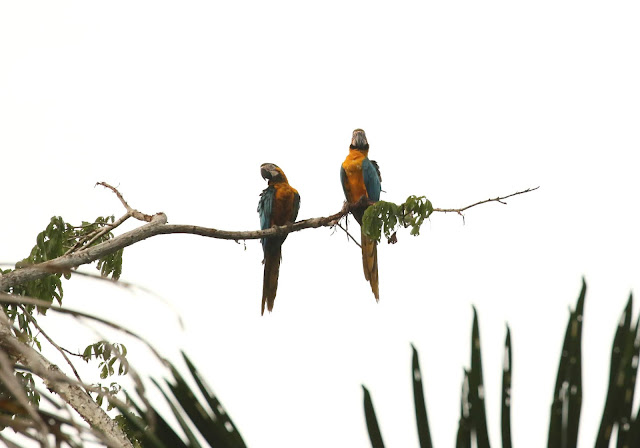