Best mammal of the trip...

The last full day at Shiripuno was a LONG walk.  I'm not complaining.  But we covered some ground.  The first few birds were tough, a Scaly-backed Antbird here, a Long-winged Antwren there, a manakin.  The advantages of birds low in the forest was that you didn't get warbler neck trying to find them.  The disadvantage ... it was dark!  I got pics, but they're grainy.  After a couple hours of walking we started gaining elevation which was good, since the trail was quite muddy in places, but meant we were going uphill.  For a while.  Fito found probably his best bird for us, a Golden-collared Toucanet. 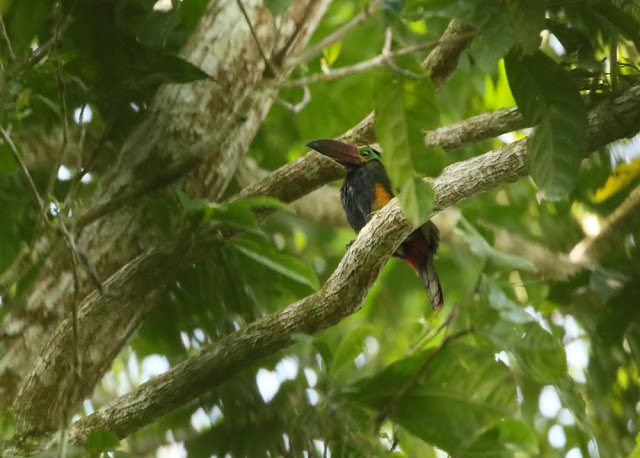 The similar Golden-eared Toucanet is uncommon throughout Central America, but I'd never connected with either and this bird was on my top 5 most wanted for the trip ... it turned out to be a bit on the ugly side honestly.  Ah well.

After about 2 or 3 hours of walking we got to the top, which gave a pretty magnificent view of the forest.  Great Black-hawk, Plumbeous, and Swallow-tailed Kites were at or below eye level, though distant.  Some bugs on the other hand were quite close.  They, coupled with the lack of canopy flocks, drove us back down.

And on the way down we started finding birds!  A White-chinned Jacamar drew Jason's attention. 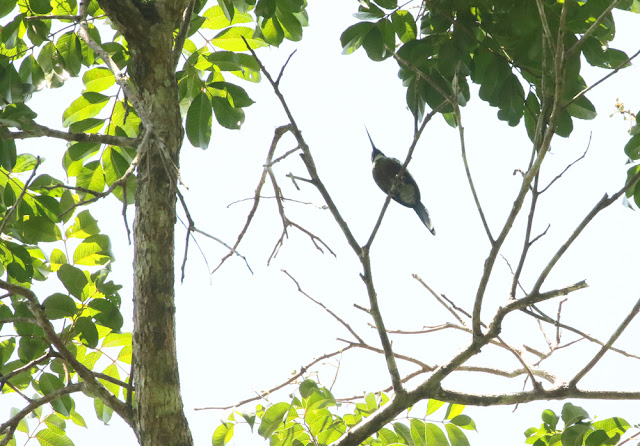 We spent a bit of time with a treetop flock which had some decent diversity, Green and Purple Honeycreeper, a female Scarlet Tanager, a few trogons and other tanagers, but they stayed high and were difficult to reliably get people on.

A Chestnut Woodpecker excavated along the trail. 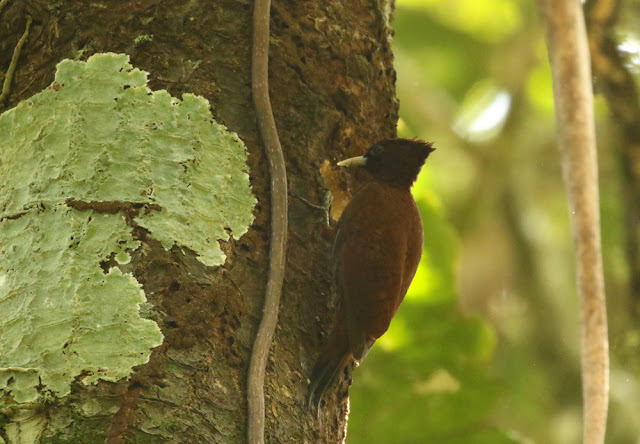 A Brown Nunlet appeared quite close, probably one of my favorite pics from the trip. 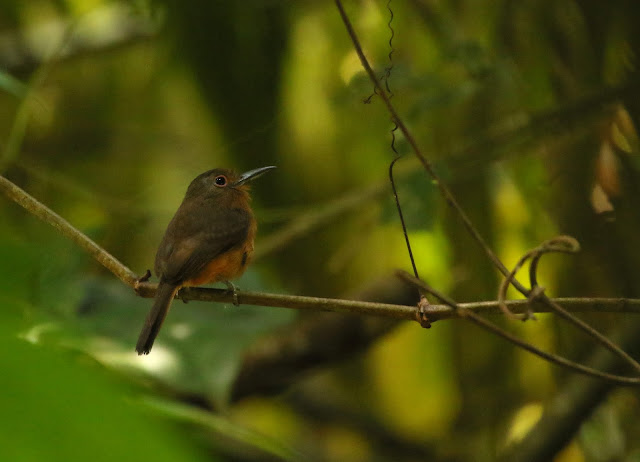 Jason spied an Ecaudor Poison Frog, and actually dived into the leaf litter to snag it.  It didn't go far. 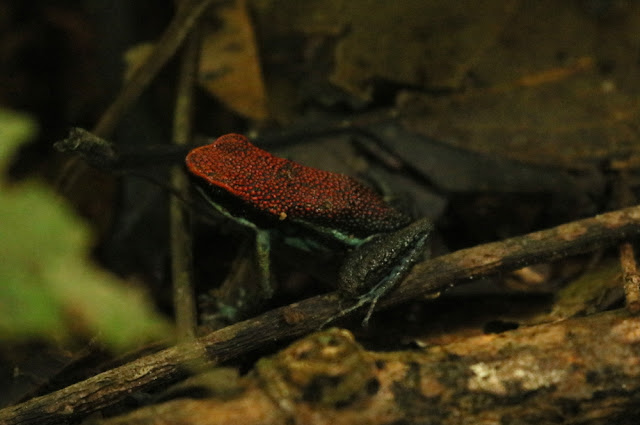 But it was hot, we were running low/out of water, and the group got a little spread out along the trail.  Unfortunately when a Giant Anteater walked across the trail only a couple people saw it.  It was such a strange creature I couldn't really get my head around what I was seeing as the giant tail materialized in the trail.  I first thought it was another tapir based on size before the incredible hairiness of the beast became clear.  About the time my brain registered what it was, it disappeared.  Fito has seen more Jaguars than Giant Anteaters, so this was unexpected.  And consistent with the wildness of a place big enough to hold a Giant Anteater even Fito and Jason got lost on the way down and Dota had us backtrack a bit.  Jason macheted down a couple snags to bridge us across an underwater section before we eventually found the river and the waiting boat.
Posted by Matt at 6:22 PM