I'd pretty much assumed we were going to see a Fiery Topaz.  I'm not sure why, since it turns out they don't come to flowers (or presumably feeders either, though lowland hummingbird set-ups mold so quickly that I haven't been to many lowland locations with feeders), and according to the book are actually pretty rare.

So we were pretty fortunate on the 2nd full day's afternoon boat trip on a couple of levels.  First of all, we stayed dry, which after the monsoon we'd experienced the first day was something just in and of itself.  Second, we found a Topaz.  Some people I think saw it pretty low down, but in glaring sun I wasn't able to pick it out until it flew up and teed up on a little branch. 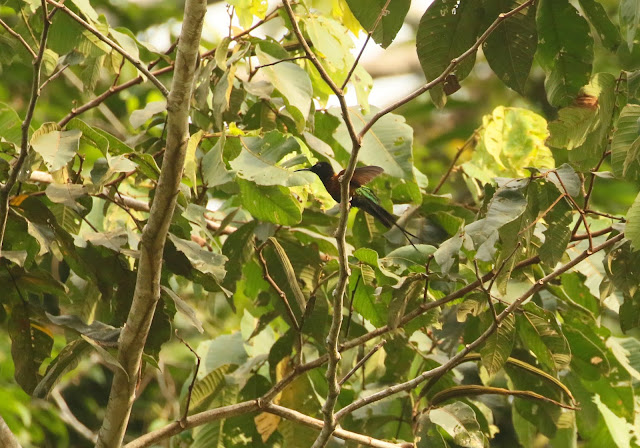 The tail was unique for me with the two long central feathers. 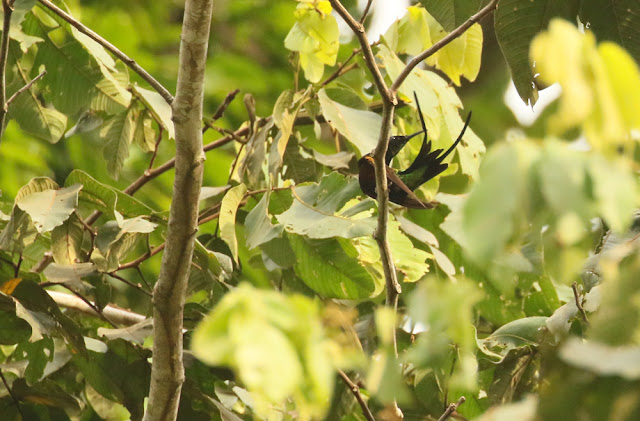 The iridescent green throat patch was reminiscent of some of the Thornbills we've seen on previous trips. 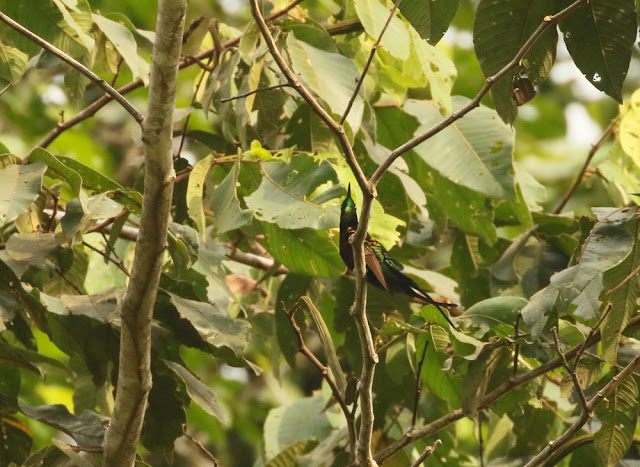 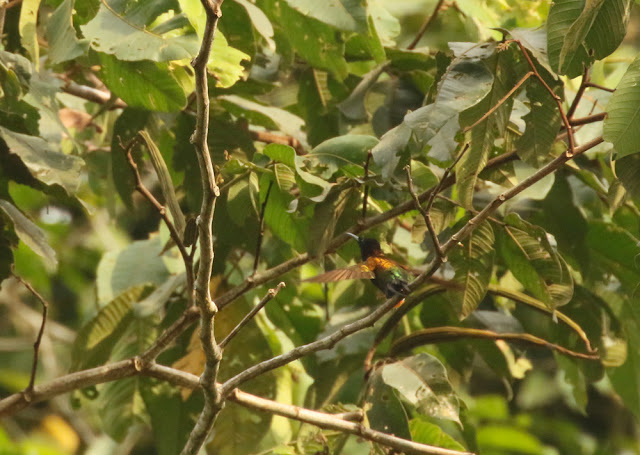 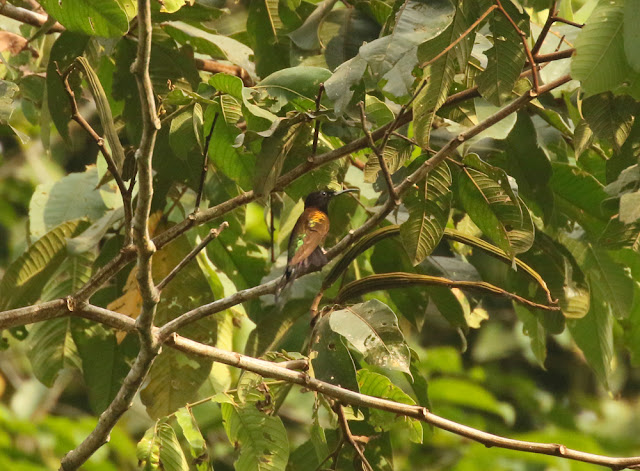 And while I may or may not have really captured the look I was going for, it did get added to the peeBird list! 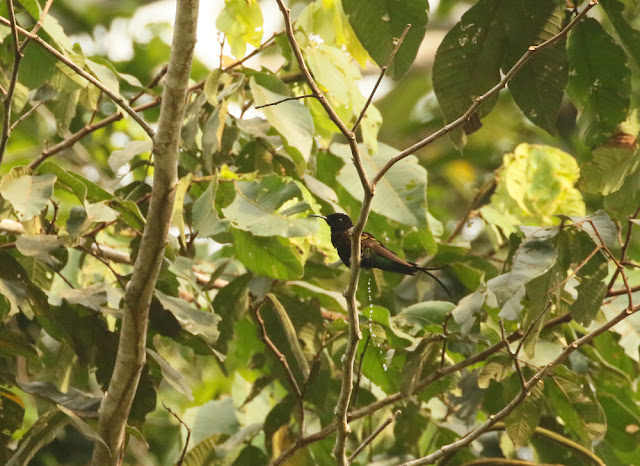