it's too early for Snow

Though despite the beautifully balmy 70's temperatures today, not too early for Snow Buntings.  One individual landed on the pier allowing a much closer approach than the beach flocks will later in the fall. 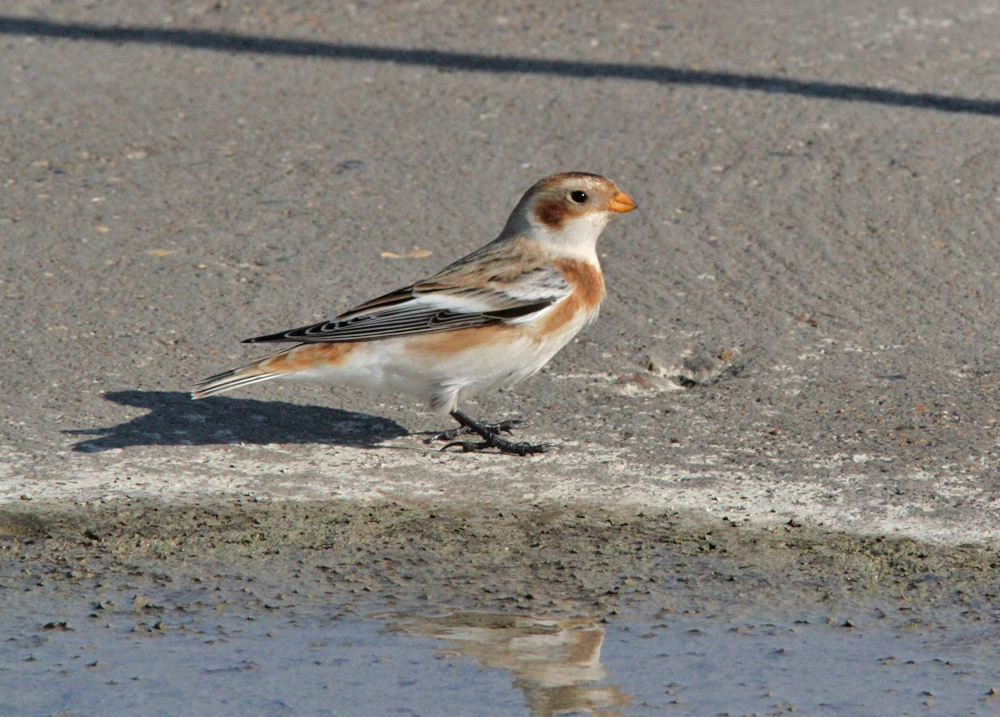 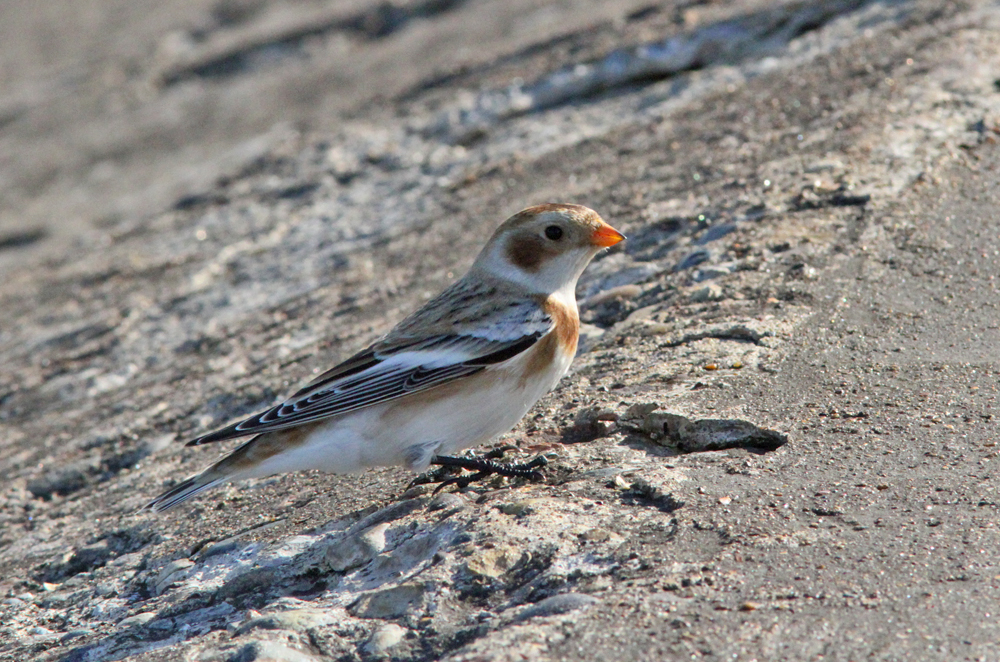 The merlins probably won't mind a change of pace from their steady fare of juncos, though I bet the buntings are harder to catch over the lake. 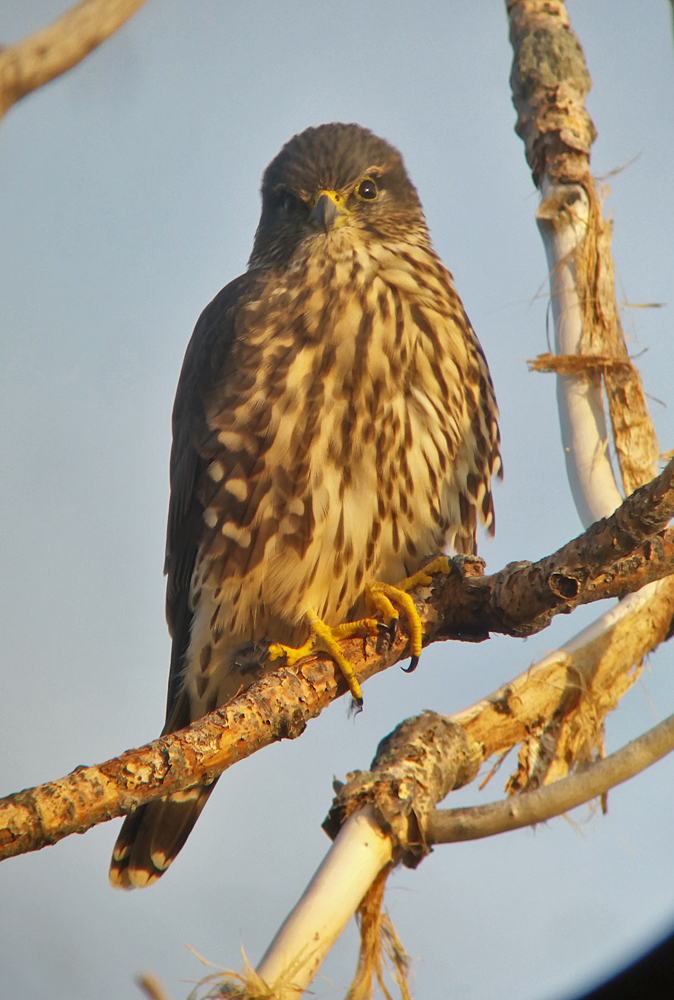 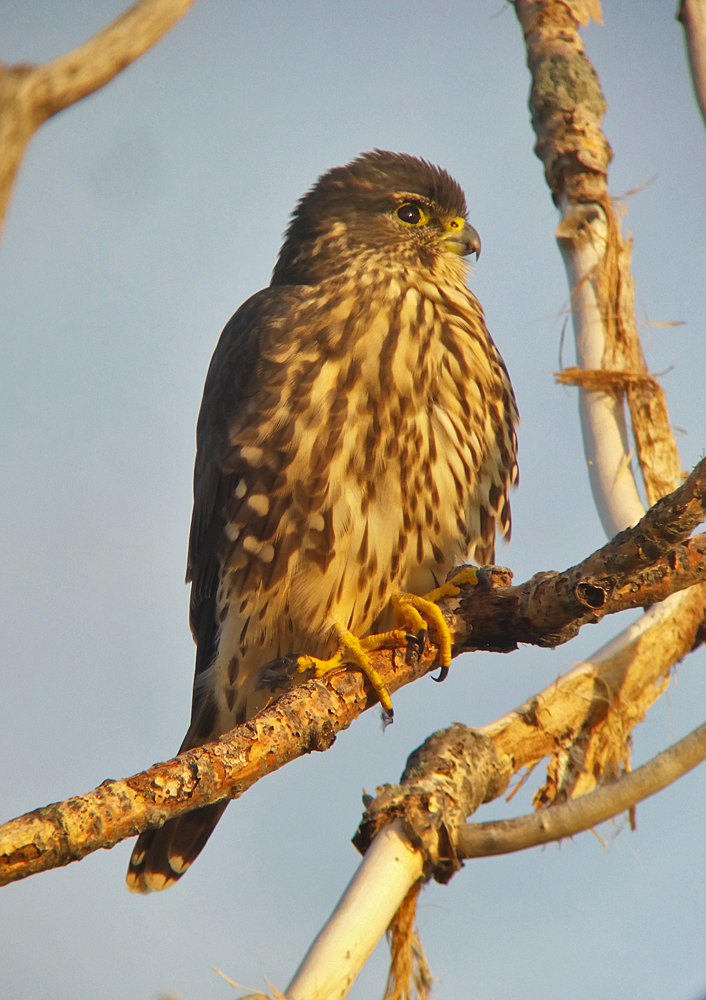 The above two pics are phone-scoped (note the residual junco fuzz on the talons), the next one is with the SLR.  The bird was sated enough with its junco(s) that it didn't mind that I walked a little closer. 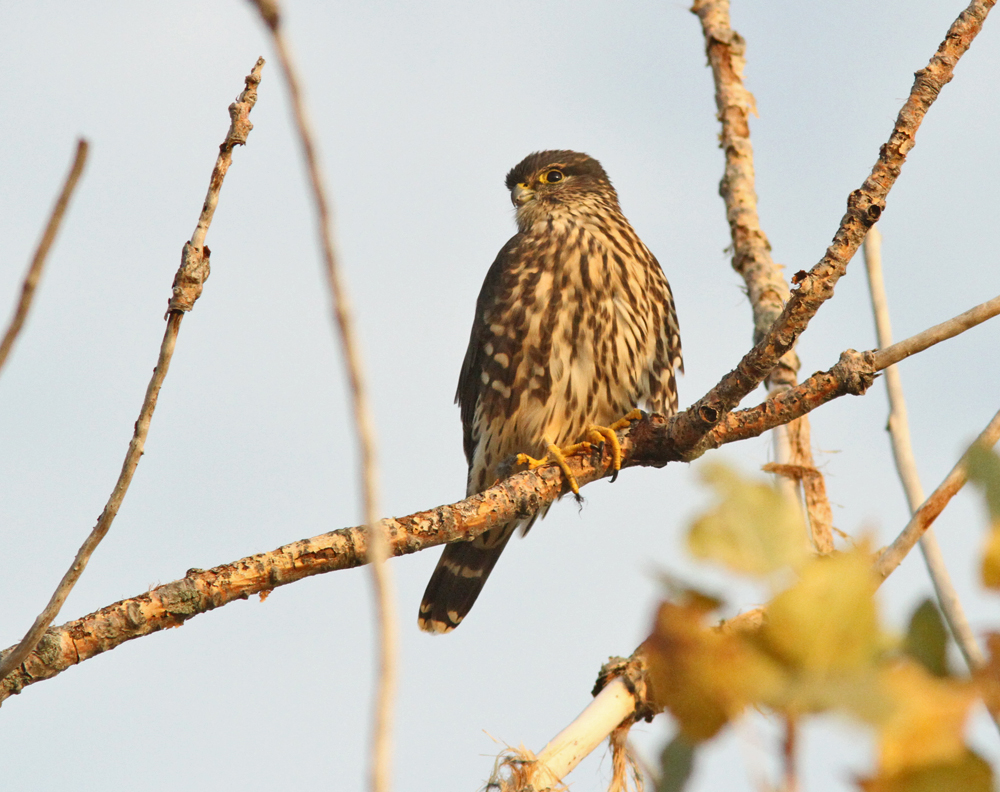 Originally there were two birds, the larger female on the left with a male on the right. 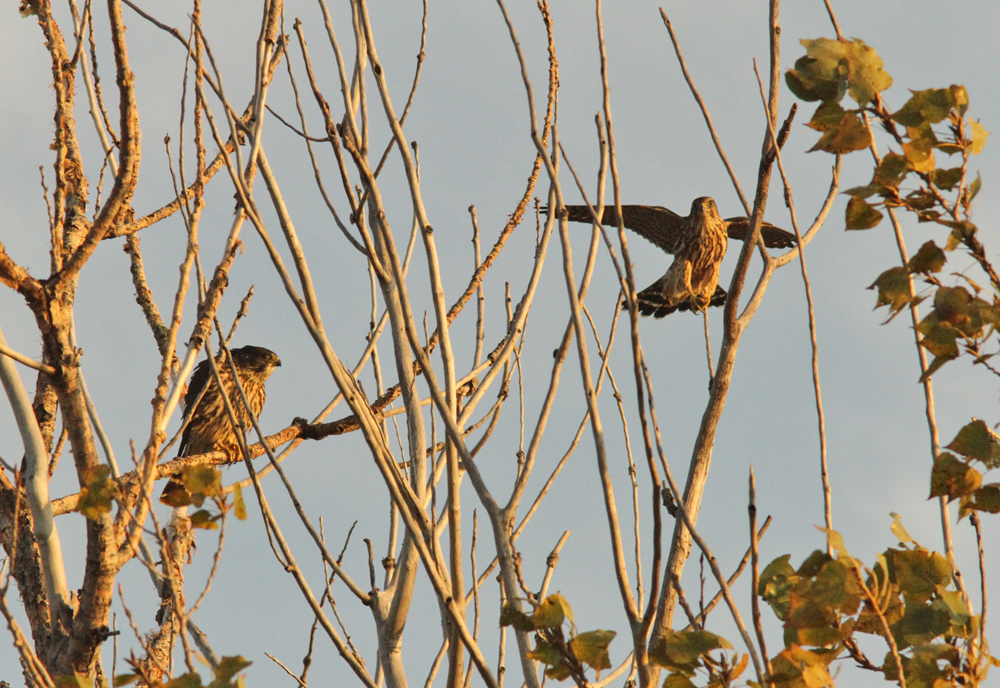 He circled around the female and called a couple times, but then headed on.  I didn't age either one though most fall falcons at Tiscornia are first year birds.