The Circle of Harris's Sparrow

About 8 years ago Kip and I were birding Warren Dunes and he spotted a Harris's Sparrow on seed that Tim had put out.  About 5 years ago Alison found one on seed I'd put out (I never did see that bird).  Today Rhoda and I were at Galien River County Park where there was a lot of activity in the little island of brush in the parking lot.  This was basically the view of about the 6th bird I saw... 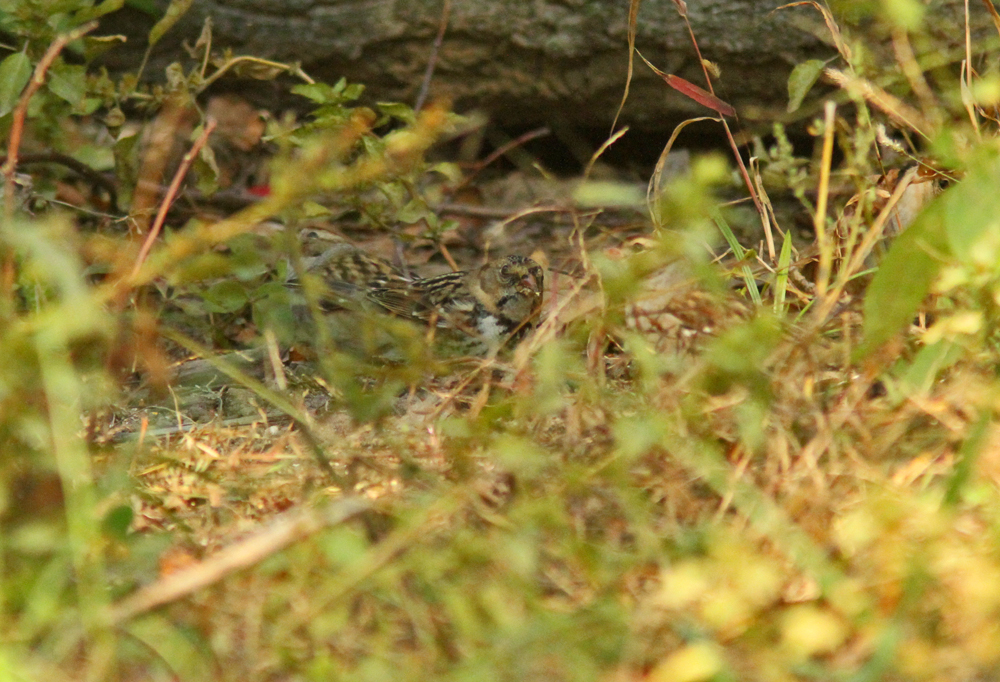 It was more backlit when I first saw it, but the plain olive-brown head is pretty unique.  It disappeared in seconds but after a few minutes came back. It was hanging out mostly with White-crowned Sparrows, this one from Chickaming. 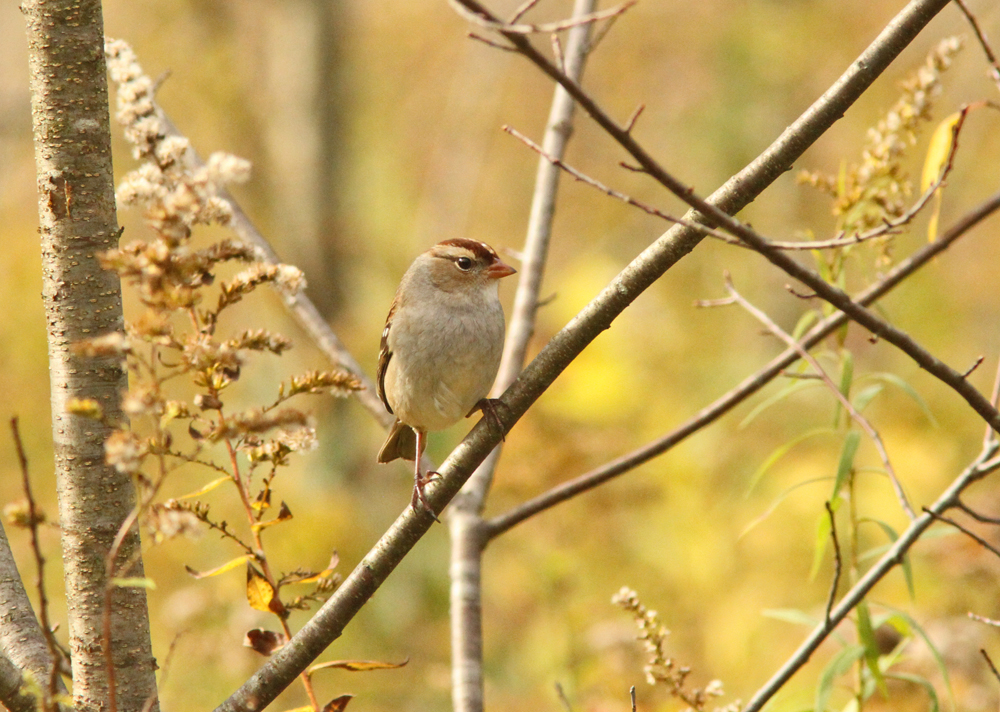 We spent a good amount of time at that under-birded park, seeing several Goldenrod Warblers, aka Orange-crowned. 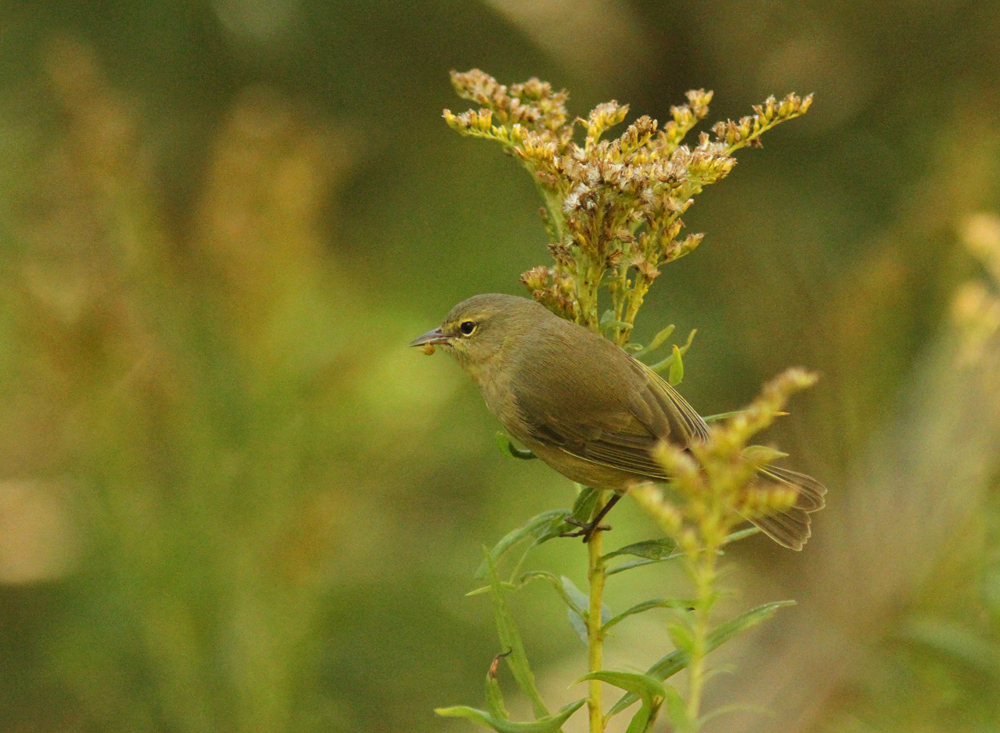 They weren't the only warblers around, 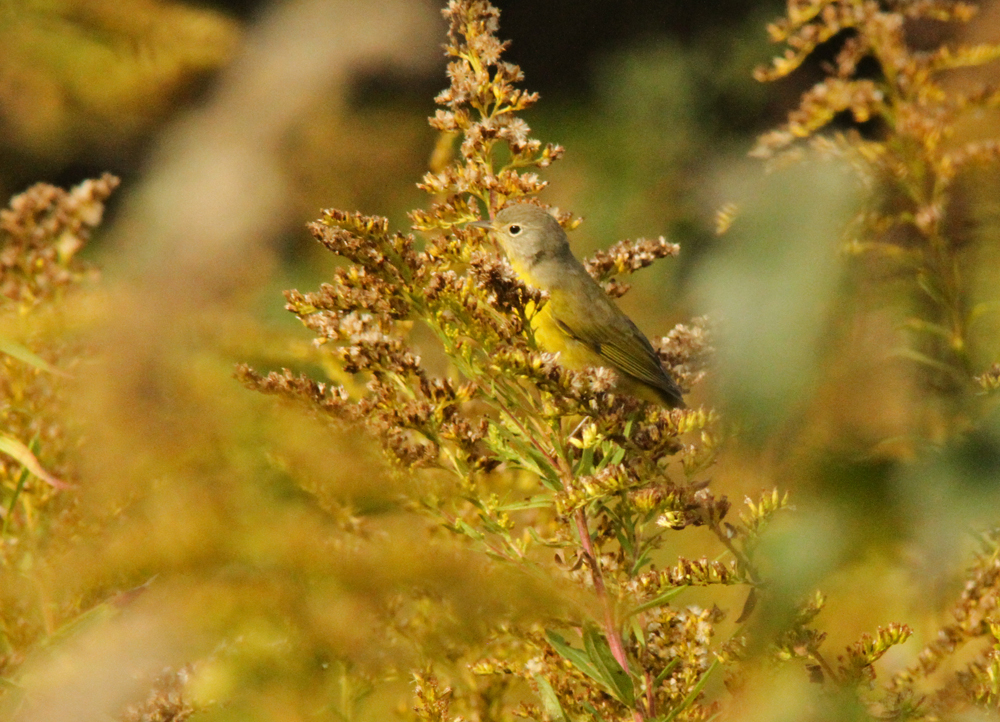 Nashvilles and Yellowthroats were about as well, amongst a handful of other species.

We were actually looking more for Nelson's, but I needed Harris's for self-found so I was pretty excited about this bird.
Posted by Matt at 6:01 PM

Congratulations on a great sparrow find and great bird Matt.